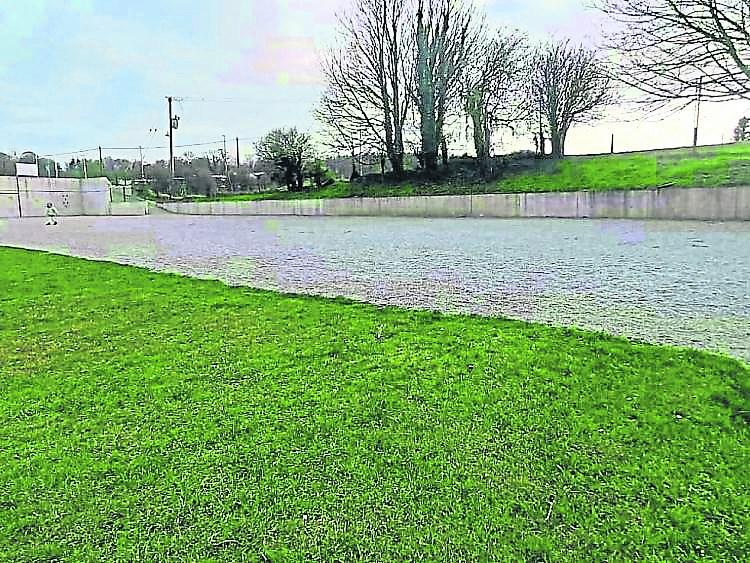 Exciting plans are in motion to create a new all-weather astro pitch at Dromakeenan National School.

Over the last number of years, Dromakeenan NS has seen a number of improvements to their facilities.

The school, which is located near Roscrea, has invested in its IT infrastructure and they enhanced their outdoor facilities when they completed work on the ball wall and play area in front of it. A perimeter fence was also installed to meet health and safety standards and to improve security.

The school community is now embarking on the further improvement of our outdoor facilities by installing an all weather astro pitch in front of their ball wall with additional fencing being installed. This will be a safe, secure play area for the children. This area will be used for PE classes and for the many sports played in the school such as hurling/camogie, football, soccer, rugby, tennis, rounders, and athletics. They also plan to use it as an outdoor classroom.

In these difficult times of Covid-19 with a greater emphasis being placed on exercise and outdoor activities this new facility will enhance the promotion of the children’s health and wellbeing. The project will cost €40,000 and the school hopes to raise half of this through their fundraising drive “Sponsor a Metre”.

The remaining cost will come through school funds from the Department of Education. With a successful fundraiser, they plan to complete the work during the summer holidays.

They are asking the school community (incoming, present and past families) and businesses in the wider community to sponsor a square metre of artificial grass at a cost of €50 – perhaps some people may be able to dig deeper and sponsor 2m2 (€100).

All who donate will have their names recorded on a commemorative plaque on display in the school.

Donations can be made by contacting the school on 0505 21863/24588 or email dromakeenan.ias@gmail. com. There has been an excellent response so far and hopes are high to meet their fundraising target over the coming weeks. Please see their Facebook page Dromakeenan NS Parents Association for updates.