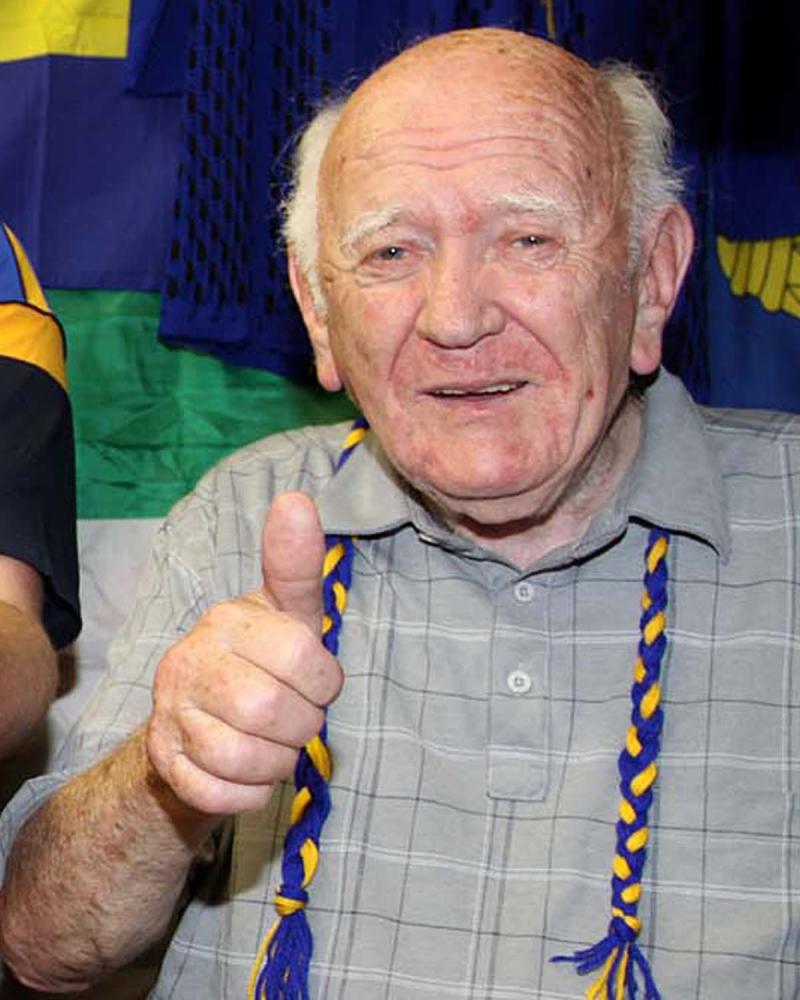 The town of Nenagh said a sad but fond farewell this Monday to one of its best loved shop owners, Joe Starr, who passed away last weekend.

Joe ran the family drapers store on Mitchel Street for years with his wife Angela.

He took over the store from his father, Joseph senior, who opened a business there in 1907 and who employed 14 tailors at one stage.

Though a Nenagh man through and through, Joe’s loyalties rested with Toomevara, his wife, Angela’s, home place, and with whom he spent almost 50 years of marriage.

Toomevara GAA paid tribute to him posting on their Facebook page that Joe was a huge supporter of the club and spent many years with the juvenile club, serving as juvenile secretary.

“Many will remember Joe would have a bag of refreshing oranges cut and ready for half time,” they said.

Speaking at his funeral Mass in St Mary of the Rosary this Monday, his daughter Florence thanked the staff at Milford Hospice and all those who had cared for her father.

She recalled that her father had been born on June 25, 1934, and lived between Clashnevin, Nenagh, and Toomevara but he was “100 per cent a Nenagh man, but caught the Toomevara bug when he met her mother Angela.”

Well known for his storytelling, Florence said that looking back back there were too many stories to tell, from working in London to playing hurling for Dublin’s Ballymun Kickhams in the 1950s,

“He always found a way of getting involved in the community whether it was through church choirs, the choral society or Foróige, but his pride and joy was Toomevara GAA,” she said. 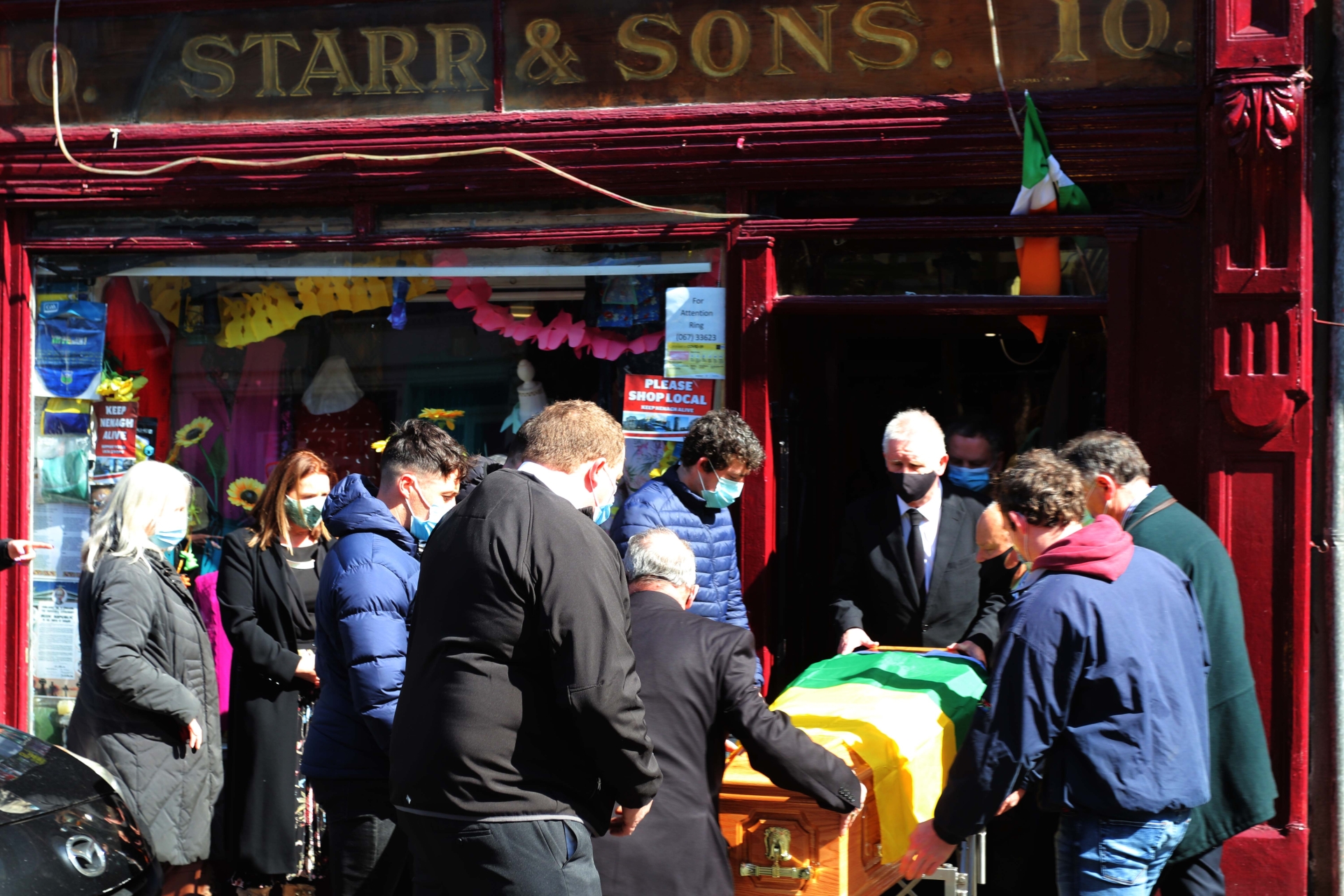 Final journey: the coffin bearing the remains of Nenagh's Joe Starr is taken from his residence and shop on Mitchel Street this Monday

Ms Starr said that in the last few months people had reminded them of how important her father had been to the community.

“They have mentioned him handing out the oranges at half time and loading up the players and family members to take them to the hurling matches,” she said.

And Ms Starr shared what she said was a simple memory of her dad when she was about five or six years old and he popped her on the back of his big black bicycle, strapped on only by her hands holding his waist.

“We didn’t speak. There was no joke. There was no story. Just the sound of the wind and the bicycle wheels. Dad never needed to tell a story. All he ever wanted was time with people. The stories were a way of making that happen. It was all about time. Time to listen. Time to care and time to be involved,” she said.

Ms Starr told the congregation that all Angela, Veronica and herself ever needed was her dad’s presence, a nod and a gentle smile.

“He was our anchor. A person who was loyal and kept us grounded. The sad problem is there is a vacant chair in our house. Dad was really one of a kind. Dad, where ever you are going take a step back and admire the primroses and cycle that big black bike bravely all over the skies, but just remember to keep between the ditches and mind how you go. You will always be in our hearts,” said Ms Starr.

Earlier in the Mass, Fr Des Hillary, PP, Nenagh, said that Joe would be remembered for his “friendship, fun and faith”.

He highlighted that among the items brought to the altar to remember Joe was his trademark cap and his favourite flowers, primroses, which also were the colours of Toomevara GAA club.

Fr Hillary recalled Joe as a talented singer who was full of laughter and a custodian of the stories on Nenagh and its people.

He recalled that Joe and Angela would leave their shop every evening and come to the church, where, when you met him, “you knew you were in the presence of kindness”.

“You will be remembered by all for your gentle kindness and loving nature,” said Fr Hillary.

Joe Starr passed away on Friday, April 9, peacefully, at home on Mitchel Street, surrounded by his loving family.

He was predeceased by his parents Joe and Margaret, and his brother Johnny.

Following his funeral Mass in St Mary of the Rosary, Joe was laid to rest in Kenyon Street graveyard.