Albert Nolan column: The musician of the willows 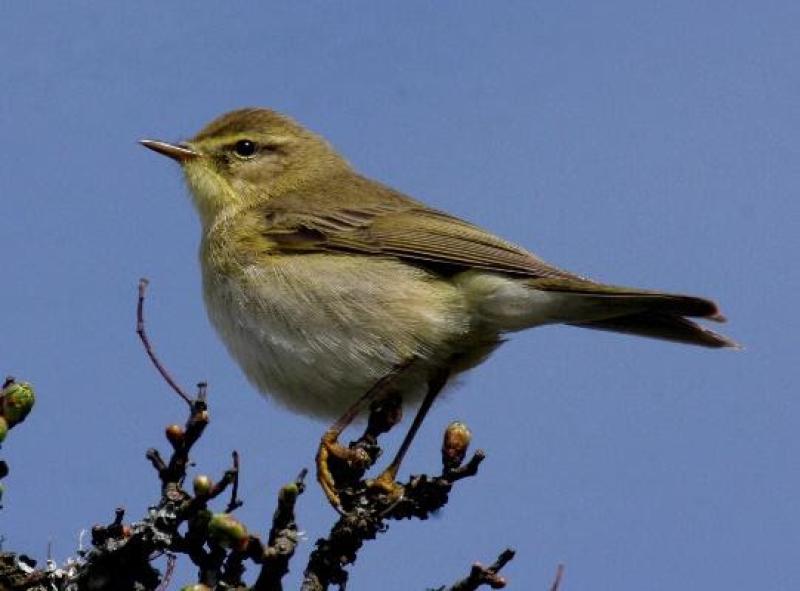 There has been a fabulous start to April with sunny and dry weather that lifts the mood and boosts energy. We were up at the crack of dawn and out in the garden to make the most of the fine weather.

As the day progressed there was a hum of activity around the village as neighbours were out cleaning, painting, gardening and occasionally chatting over the wall or fence.

I was busy incorporating some well-rotted manure into the new vegetable beds in the garden. These were converted from a well-established lawn and the soil needs plenty of building up. The horse manure was pure black gold. It had been rotting behind a friend's stables for years and when I approached him to ask could I take some, he was delighted to see the back of it.

The manure had no smell and was dark and crumbly. Each handful was full of worms and this will improve the fertility and drainage of my soil.

I am practicing no dig on these beds and spreading the manure on the surface and nature will do the rest. Minding the soil is a great and vital inheritance for the next generation of growers and gardeners.

While my hands were busy I was keeping a listen out for the birds in the garden. This spring I heard a new sound from the rooks who have established a rookery for the first time in the woodland. The trees were planted by my son 20 years ago and are now over 40 feet high and perfect for the rook’s big bulky nests.

Their calling starts at 4am each morning and this continues throughout the day. There are only seven nests, one was started but never finished, but they still manage to make plenty of noise. A friend of mine has over 200 nests around his house, but she is a bird lover just like me and welcomes their seasonal sound and activity.

A few days ago there was a big commotion as a large flock of rooks descended. Harry said that they were visiting to see what life is like in my garden. It was hard to tell what was really going on but the resident rooks appeared very agitated and there was lots of bickering and loud calling. This went on for at least an hour before the visitors departed and peace returned.

I have been working and walking underneath the rookery as they need to become used to people and the noise from the lawnmower in the garden. At first they took off loudly but are now more settled and realise that we pose no threat.

Spring also brings the first of the migrant birds. At first I could hear a very low song just in the background. Around midday a willow warbler was in full song and this tiny bird, around as big as a blue tit has travelled all the way from Africa to spend the summer in a rural garden.

I don’t know if willow warblers are site faithful but I like to think that some of their chicks return to my garden each spring.
This bird is very non descriptive.

It has pale green upper parts and is more lemon yellow underneath. This plumage is perfect camouflage when it is flitting through the leaf covered branches of trees. The guide books also say to look at its legs that are pinkish in colour. This helps to distinguish the willow warbler for the chiffchaff, who closely resembles it. The chiffchaff can share a similar habitat but has darker legs.

I have found that feature really hard to see in the field and their songs once learnt are the best way to separate the two species.

As its name suggests the willow warbler is often associated with willow trees and there are plenty of these trees around my boggy patch. This year we have also sown a new grove of willow trees for the next generation of warblers and of course bees. The Irish name for the bird is Ceolaire Sali and this beautiful name translates as musician of the willows.

On my walks I have also heard them in mature gardens at the edges of towns and in conifer plantations with a good growth of willows.

The good weather is their musical coordinator as when the sun shines they all start singing at the same time. Over a million pairs visit Ireland and I usually hear my first one at the start of April and they are all gone by September.

Willow warbler are exclusively insect eaters and this winter they feed on seeds and sometimes berries. Their nest is built low down in a tree and is domed in shape. They made an entrance at the side and this design offers some protection from their main predators of their nests: cats and magpies.

Several tiny whitish eggs are laid and these are blotched with red and brown. The female alone incubates the eggs but the male will bring her food and occasionally relieve her. Both parents help feed the chicks.

There are still many mysteries to be solved in the natural world and the willow warbler has its own secret. They moult their feathers twice once on the breeding grounds in Ireland and the other in wintering grounds in Africa. This is very unusual among warblers and no one is really sure why they do this.

Comments/ questions to albert.nolan@rocketmail.com or 089 4230502. Albert is also available to give walks/talks to schools, tidy towns, youth and community groups.