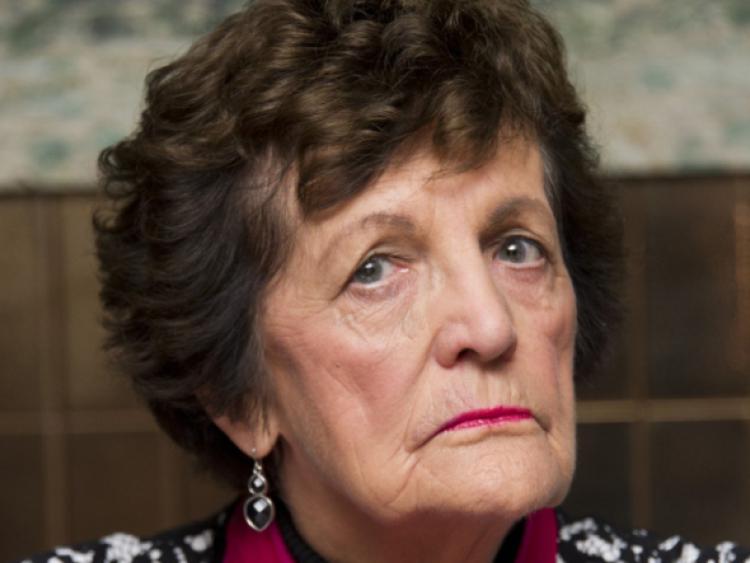 Survivor of the Sean Ross Mother and Baby Home, Philomena Lee, has brought a High Court challenge aimed at quashing parts of the final report of the Commission of Investigation into Mother and Baby homes.

Other survivors of the Sean Ross Abbey home and other State run facilities are joining Philomena Lee in her ongoing campaign for justice and aim to challenge the report.

The survivors argue that the report published by the Commission of Investigation into Mother and Baby Homes does not accurately reflect their lived experiences or sworn testimonies.

Ms Lee, whose life was the subject of a of a book 'The Lost Child' and the international blockbuster film 'Philomena', argues that several portions of the report do not accurately reflect her evidence or lived experience at Sean Ross and breaches her fundamental rights, including to fair procedures and natural and constitutional justice.

Philomena Lee was sent to the Sean Ross Abbey mother and baby home, located on the northern outskirts of the town, when she became pregnant aged 18.

When her son was aged three, he was sent for adoption by a US couple. Her judicial review proceedings state that although she is not named in the Commission’s report, she is identifiable and was entitled to make submissions on the sections concerning her if she sought any amendments, clarifications, or further details before the report was published.

She argues the Commission of Investigation Act 2004 dictates that she should have been given a copy of the draft report and an opportunity to voice her opinions on the report's accuracy.

Ms Lee’s solicitor Wendy Lyon, in an affidavit on behalf of her client, noted the commission’s findings included there was “no evidence” for the opinion of some women that their consent to adoption was not full, free and informed.

Ms Lee was not given any time to consider a document which she was told to sign and which relinquished her rights to her son, Ms Lyon said.

“The report purports to be the definitive official objective account of a distressing chapter in the State’s history”, Ms Lyon said, adding that it directly contradicts her client's sworn testimony in several sections.

On Monday Ms Lee secured leave to bring her judicial review proceedings against the Minister for Children, the Government, Ireland and the Attorney General.

Mary Isobelle Mullaney, of Blackrock, Dublin, who was also born in the Sean Ross Abbey Mother and Baby Home in March 1965, also applied for leave to challenge the published report.

Ms Mullaney said that if she had been afforded the opportunity to see a copy of the draft report before its publication, she would have made submissions that various findings concerning her situation were not accurate.

She said the report should have acknowledged the emotional trauma inflicted on her and her family, and others in similar positions by years of delays over years in clarifying the details of the death of her birth mother after the premature birth of her daughter, it is claimed.

Justice Garrett Simons granted leave to lawyers for four other applicants to bring separate challenges over not having the opportunity to make submissions before the report was published.

All five cases have been adjourned to May.

Meanwhile, a meeting with the Cathaoirleach, Council officials and the CEO of Tipperary County Council with Sean Ross survivor Teresa Collins earlier this month was “very positive and productive”.

Cathaoirleach, Cllr Michael Smith made the comments at the monthly meeting of the local authority on Monday and said that a request by Ms Collins to open the Council archives to survivors is being facilitated. Further meetings are planned in the coming months and the Council plan to assist survivors with any requests, Cllr Smith said.