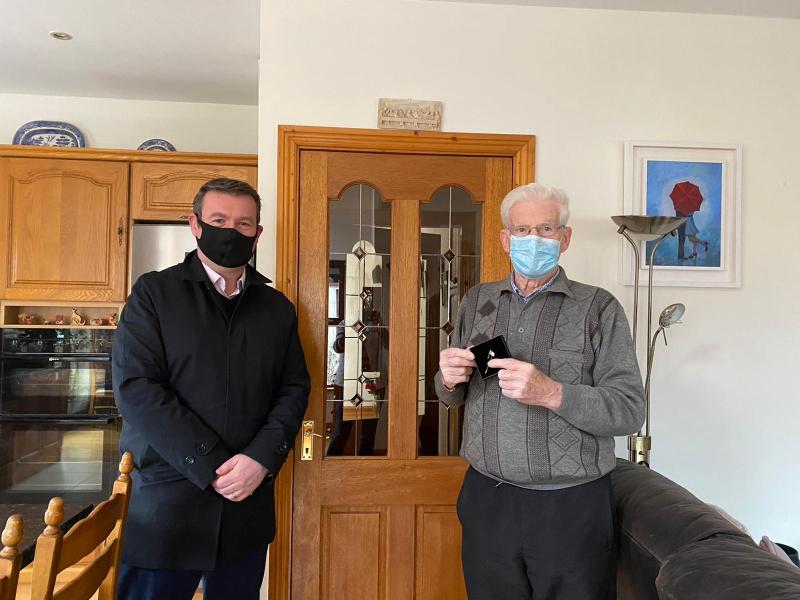 The Labour Party in Tipperary was this week mourning the passing of one of its stalwarts, Jim Hough from Borrisokane.

Mr Hough passed away peacefully at Milford Hospice this Tuesday.

The party has offered its condolences to the Hough family on his passing.

His death comes just a short while after he was presented with a long service medal by party leader and Tipperary TD Alan Kelly.

Deputy Kelly said Jim was a stalwart, supporting the party and his union all his life.

"Given he was sick I presented him in advance with a long service award a few months back. He was thrilled. May he RIP," said Deputy Kelly.

Former Labour senator Kathleen O'Meara also paid tribute to Mr Hough saying she was sorry to hear of his passing.

"He was a real soldier for the cause and a good humoured one at that. He made a great contribution to his family, his community and all of us who soldiered with him. May he rest in peace."

Mr Hough worked tirelessly on Ms O'Meara's general election campaigns as well as those of local election candidates, including Virginia O'Dowd, who said Mr Hough was a committed Labour man and a wonderful community person who will be missed greatly.

Cllr Fiona Bonfield said Mr Hough was a "fighter all his life" and they will miss him.

Among the many tributes from ordinary Labour members, the words that stood out was their description of Mr Hough as an "absolute gentleman".

The late Mr Hough worked as a driver for Tipperary County Council and was also heavily involved in the Irish UN Veterans Association, being secretary of Post 18. Both Jim and his late brother Fr Tom Hough, served along with other Tipperary soldiers in different battalions in the Congo.

In line with Government advice regarding public gatherings, a private family funeral Mass will take place this Thursday, April 22, in SS Peter and Paul Church, Borrisokane, at 1pm followed by burial in the adjoining cemetery.

The funeral Mass for Jim can be viewed on www.twitch.tv/borrisokaneparish

Family flowers only. Donations, if desired, to Milford Hospice.