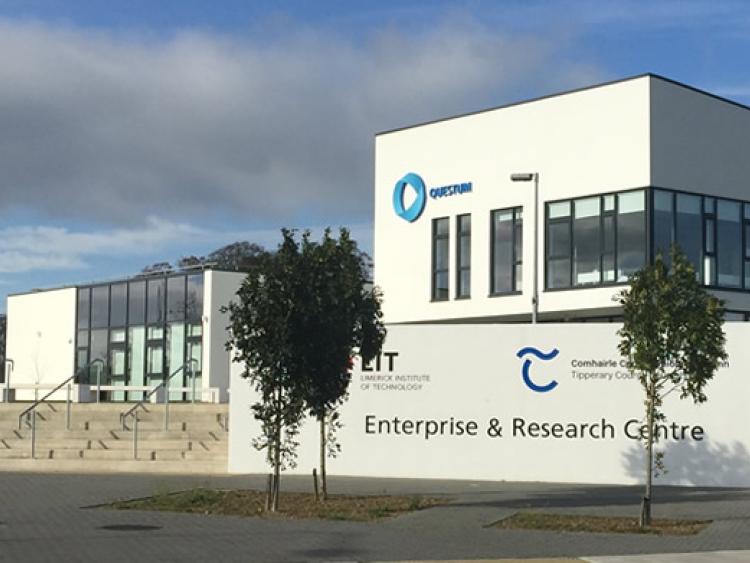 There are “seepages of water” at the old Anfield site on the Brittas road near Thurles, said Cllr Jim Ryan. “People out there are anxious”. Cllr Ryan asked for a time frame as to when works would be carried out.

There are no bins specifically for dog fouling in Loughtagalla Park. “Could more signage and bags be put up,” he asked. The bottle banks in Parnell Street always seem to be full. They are “overflowing” and people have no option but to leave bottles on the ground. “They must be emptied more regularly” and maybe a bottle bank could be placed near the Munster Hotel for that end of town.

Is it true that the Calvary Monument in the graveyard in Thurles is to be taken away, asked Cllr Ryan. A “lot of people” are upset at plans to remove that monument.

Cllr Eddie Moran said the issue of graveyard bylaws governing headstones needs to be reviewed. There are “unbelievable” lorry loads of rubbish being left on the roads, which are “flooded with litter” all over the county, especially around Templemore.

Cllr Sean Ryan raised the quality of the water of the River Suir. On litter, there needs to be more on the spot fines. There is “constant dumping” near a rugby club in Thurles. Local residents are very upset.

Cllr Seamus Hanafin said the amount of fly tipping on roads “seems to be worse than previous years. It’s an epidemic, appalling. It looks terrible.” Cllr Hanafin also called for a report on the thousand year old walls in cemeteries in Ballycahill and Boolick graveyards.

Cllr Shane Lee said there is only one CCTV camera installed for the whole county in relation to litter. “Is one CCTV enough?”. “The amount of dumping is unbelievable.” Tidy Towns volunteers are on their hands and knees trying to collect it, said Cllr Lee, who raised the quality of the water in the River Brosna in Roscrea.

Cllr Michael Smith said he supported the call regarding the heights of headstones in graveyards. There is a rule stipulating 1.5m height and 1.2m width, and this needs to be more strictly enforced.

Council official Marion O’Neill said there is a major anti dumping initiative being launched in 2021. The aim is to identify known blackspots and rehabilitate them. Councillors and members of the public should contact the Council if they see dumping. “We need community input into this area.” It’s a national issue. Regarding dog fouling, hundreds of green hi viz vests have been given to people out walking their dogs, and they will look at the areas with the most dog fouling with a view to supplying more bags.

On littering, there is a campaign with fast food restaurants to reduce waste. On the water quality of the River Suir, samples are regularly taken and the reports “will be out later this year” by the EPA.

“It is difficult to prosecute roadside dumping,” said Ms O’Neill. “People are clever, they do not leave any evidence. There must be due process.”

Ms O’Neill said they have a mobile CCTV unit which can be moved around. The “offender” at the River Brosna was asked to make amends. The Council is working with schools to reduce the amount of single use plastic.

Ms O’Neill said it’s very difficult to put CCTV along roadsides to spot dumping. “It’s not feasible to put in 10 cameras. They only have a certain amount of memory. It doesn’t really work.”

Senior Engineer  Ruairi Boland said they had representations in relation to the Calvary Monument in St Patrick’s Cemetery. The location of the monument and adjacent plots is proving to be very difficult for drivers entering and exiting the graveyard. They have investigated it with a view to improving the situation for maintenance vehicles. “We have not come to any proposal yet, and we will discuss it with the municipal district before going ahead with anything,” said Mr Boland.

Regarding “oversize headstones”, the district is currently setting out bylaws, and is in discussion with other municipal districts across the county to harmonise those laws. Each municipal district has its own bylaws, a legacy from the era of Town Councils. They have written to all the sculptors and the aim is to have one protocol for all of Co Tipperary.

There is no specific funding to carry out works on cemetery walls, added Mr Boland. There is “annual funding” from a department, however this would not cover all the works that are “on the radar” at Ballymoreen, Boolick, and Ballycahill graveyards.

Cllr Sean Ryan said it would be “absolutely fabulous” to have a GAA museum for Thurles. Managing Curator at Tipperary County Council Marie McMahon said there was no funding secured yet, or plans in place. “I’m happy to discuss it. Staffing is a huge issue. There a lot of standards required in opening up a museum.”

Cllr Jim Ryan said Thurles town would be enhanced by granting it heritage status. “There is a lot of culture and history” in Thurles, and heritage status would boost the town’s tourism potential.

Cllr Ryan said the middle part of a section of road at the Longford Pass area is “falling asunder” and there’s a large amount of flooding in Gortnahoe village near a pub. “It’s causing a lot of nuisance to children going to school.” The footpaths in Michel Street in Thurles. There was a burst water mains in Westgate street in Thurles, causing a “huge pothole” added Cllr Ryan,.

Cllr Seamus Hanafin said more areas in the 60kph zones should be lit with public lighting. The Slievenamon road out to the Horse and Jockey, and the Dew Valley meat plant, are in “absolute pitch black” dark. The Mill road is “lethal.” Also, with the amount of litter in the Town Park, is it possible to install bins there, and empty them more often?

Cllr Sean Ryan drew attention to estates in Castlepark and Two-Mile-Borris. Could safety measures be installed such as more speed signage? “There are lots of concerns there. Concerns have been heightened after the tragedy in Carrick-on-Suir,” said Cllr Ryan.

Cllr Smith said he supported the same safety measures for Roscrea. “Safety concerns should trump any policy concerns of this council.”

A flashing light at Corville NS in Roscrea is not working, said Cllr Lee.

Cllr Michéal Lowry said they need to look more strategically at putting up public lighting on certain roads, and “whether we need to relook at that policy.” Some roads are a “strategic priority.” It’s very frustrating for the public if there is inadequate signage, particularly at cul de sacs.

Cllr Noel Coonan drew attention to footpaths at Benamore, Roscrea, and Ashbury. An engineer said works would proceed there in quarter 2 of this year.

Cllr Lowry inquired about the final design for Bowes Corner in Thurles, a “tricky junction.” “We want to make it a safe junction,” but any solution “could create more problems somewhere else.”

Meanwhile, some 90 projects are in train across the various municipal district of north Tipperary.

Congratulations were extended to jockeys Roger Quinlan and Rachael Blackmore, and sympathies regarding John Freeman of Thurles.