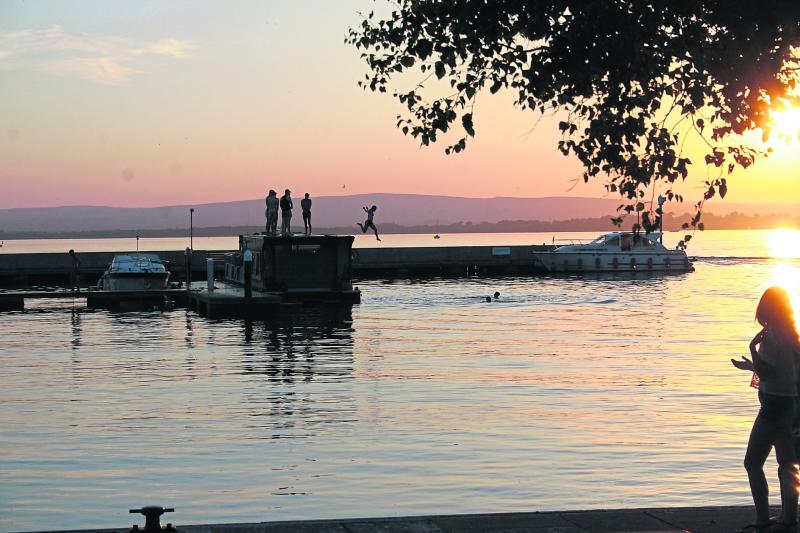 A new tourism masterplan for the entire length of the River Shannon has been given a broad welcome by local councillors.

The plan, Shannon, The Mighty River of Ireland, is a joint collaboration between Waterways Ireland, Fáilte Ireland and the 10 local authorities that the Shannon passes through.

It was presented at Nenagh Municipal District Council’s April meeting by Éanna Rowe of Waterways Ireland.

Mr Rowe, who described the plan as an “exciting departure” for the Shannon, revealed that it was the first time that a single, holistic and dedicated plan of any type had been undertaken on the Shannon and Shannon Erne system.

Among its aims is to reposition the Shannon as a key tourism destination, and Mr Rowe said this would include rejuvenating the cruiser business on the waterway, as well as angling, onshore activities, a Shannon Blueway and small scale accommodation providers.

He hoped that the plan would arrest the East / West tourism traffic and that when people did stop in the Hidden Heartlands they would then move North / South.

Because of the involvement of Tipperary CEO Joe MacGrath from the early stages through Lough Derg Marketing Group, Mr Rowe said this area was at an early advantage when it came to capitalising on the plan and Lough Derg could “hit the ground running”.

He was looking forward to working with Mr MacGrath and the rest of the team, he said.

The proposed Shannon Blueway in the plan would probably be the first in the country to be approved for funding, he said, and Mr Rowe was looking forward to enhanced harbour facilities at Garrykennedy and Castlelough.

It would also dovetail with the proposed Ballina Enhancement Plan, he said.

Mr MacGrath said that the plan was the first of its type and brought a focus on Lough Derg.
Ballina’s Cllr Phyll Bugler welcomed the plan and asked if there could be improved mooring for boats at Ballina.

“Opportunities will come from this,” said Cllr Joe Hannigan. “You would have to excited with what is on offer.”

Cllr Ger Darcy said they had been promoting Lough Derg for a long time, but this was the first time they were looking at the entire River Shannon.
“It is a big undertaking,” he said.
Cllr Darcy wondered what role the Lough Derg Way and the Beara Breifne Way would play in the plan, as well as what it would mean for the development of regional roads.

While the plan was “hugely exciting,” said Cllr Seamus Morris, cathaoirleach of Nenagh District Council, he said the “elephant in the room is the pipeline”.

He asked Mr Rowe what were Waterways Ireland’s worries around Irish Water’s proposal to take 330 million litres of water a day from the Shannon and pipe it to Dublin.

Cllr Morris said that he would be calling a public meeting on the pipe proposal when the Covid-19 pandemic was over.

“It's an uplifting development and will be brilliant for the economy,” said Cllr John “Rocky” McGrath.

Mr Rowe told Cllr John Carroll that the visitor experience was going to be central to what they wanted to achieve with the plan.

He told Cllr Darcy that access and upgraded roads were a “crucial element” of the plan.

Cllr Fiona Bonfield said it was a masterplan that should work well.

Mr Rowe told Cllr Bugler that there were difficulties with the flows and land capacity for extra moorings at Ballina.

However, he said that one way to ease the mooring problem was to encourage cruise companies to set up a base at Ballina as the nearest bases in the area were at Portumna and Banagher.

He told Cllr Morris that Waterways Ireland had been involved in the pipeline plan for the Shannon and he would take it up again and allay the fears Cllr Morris had expressed.