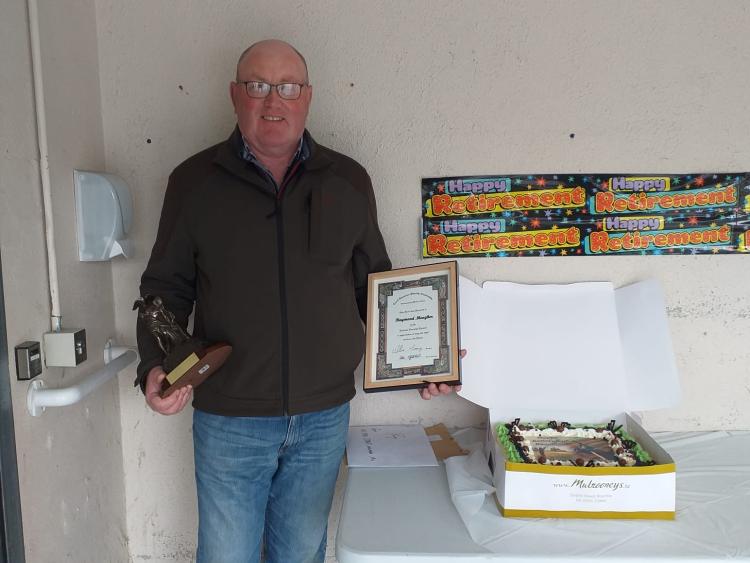 Tributes have been paid to Nenagh postman Ray Meagher, who has been delivering for the people of the area for the past 44 years.

“As a work colleague and as cathaoirleach of the Nenagh Municipal District Council, I would like to wish Ray a very happy retirement after 44 years of service to the postal system,” said Cllr Seamus Morris himself a postman.

Ray started at Nenagh post office in 1975 at 17 years of age as a telegram boy and since then he has given sterling service to customers of An Post, said Cllr Morris.

He said that Ray had seen a lot of change since then, but his attention to quality of service had never diminished, particularly when businesses and customers depended more and more in the postal service during the Covid pandemic.

“Ray also gave sterling service in different positions in the Nenagh branch of the Communications Workers Union, particularly when members needed support over the past 44 years and when workers rights needed to be supported,” said Cllr Morris.

He said that the postal system had come into its own during the past year during the ongoing Covid-19 pandemic and had stood the test of time when the country needed it most, whether it be checking up on our elderly customers or as a way of people communicating with each other, and, indeed, helping many businesses keep afloat as they went online.

“The fact that Ray has served An Post for 44 years is an incredible testimony to his loyalty to the company, and is something I feel needs to be applauded,” said Cllr Morris.