Albert Nolan: Keep an eye out for the house martin 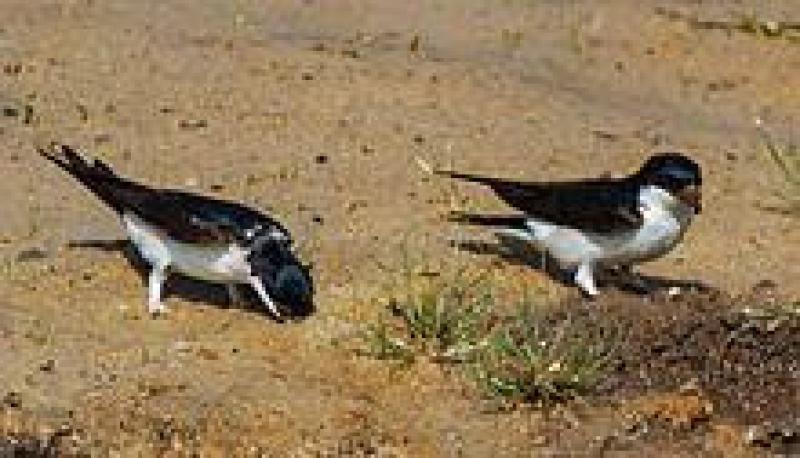 I was out driving very early in the morning along a quiet country road. Around every twist and turn spring flowers were in bloom. The dandelions were especially abundant and when the weather gets a little warmer they will be visited by bumblebees.

I am also waiting for the cow parsley to bloom. I had seen an occasional plant in flower but the real show is in May when the hedges are briefly turned into a sea of white.

Along the hedgerow the early flush of the blackthorn was fading to pinkish colour. Soon it will be replaced by the white blossoms of the hawthorn. I recently had a conversation with a man from Scotland and he knew the tree as the whitethorn.

Confusingly it is also known as the quickthorn but they are all the same species.

I enjoy learning about and writing down people's own names for plants as once committed to print they are at least preserved for future generations.

I slowly came up to a very quiet crossroads. I pulled in as I had the whole place to myself and let the window of the car down.

Only a farmer's dog greeted me from the adjacent house as he was wary of the stranger at this odd hour of the day.

I watched around the house and after a few minutes the first of the House martins appeared. This large farm house has had a colony of house martins for years and the best time count is before the traffic gets too busy.

House martins are not as well-known as their famous cousins the swallows, who are universally welcomed back each year at the start of summer.

While the occasional swallow can start to appear by March, house martins don’t arrive in my area till at least the third week in April. They also leave by summer's end and like the swallow spend the winter in Africa.

House martins are easy to identify as their tail is the same outline of the letter M and this letter is in their name. They also have a distinctive white rump and this is clearly visible in flight. Overall they have a white underparts and the upper parts are glossy blue except for the white rump.

While the birds themselves are welcome, it is their nesting habits that cause the most friction. House martins build their mud nests on the outside of our houses. A few years ago a friend spent months painting the front of his house for his daughter’s wedding.

He is big into birds and forgot that House martins nest on his house each year. Their construction coincided with the wedding and with a family reception taking place at the house, the nicely painted white walls were a bit of a mess.

They were also nesting above the doors and his daughter and wife were concerned by guests getting covered in bird poo. They had tolerated the birds over the years but this was a step too far.

My friend wanted to leave them be and as he explained any guest would be delighted to get a dollop of spring blessing. His daughter was spotted in the local hardware store purchasing longest lengths of two by one and there was no guessing as to what she was planning.

It eventually ended up on my door and I was asked by both parties what they should do, but I wisely wished them a happy wedding and closed my door.

The house martins visit is incredibly short and they immediately get to work on establishing pairs. With time short this is not a laboured affair and soon they are starting to build their mud nests.

These take around three weeks to build and this is when the trouble starts. A fresh coat of white paint on the house might impress the in-laws but it also highlights the mess from the martins.

Some birds will repair an old nest and this just takes a few days. You can imagine that this is a rare commodity because as soon as the birds leave the nests are knocked down. Bats have been occasionally recorded in old House martins nests and these are fully protected by law. The average number of nests in a colony is five/ six.

Traditional nesting locations were on cliff faces but around 200 years ago they started to use our houses. They might have been enticed to a closer living relationship with us due to our unhygienic habitats. Piles of garbage and manure around our houses and on the streets attracted swarms of flies and this was a great source of food for the birds.

When the nest is finished the female lays four or five white eggs and they hatch after around two weeks. If there is a steady supply of insects the chicks fledge in around three weeks.

Their nest is usually high enough and placed under the eave that most ground predators have no chance of getting at the nest.

The main threat comes from an unlikely source: the housesparrows. The sparrows will wait till the nest is finished before becoming squatters.

They will often attack the adults, chicks and eggs and after all their hard work the housemartins are evicted.