Young Tipperary golfer Scott to the fore on US college scene 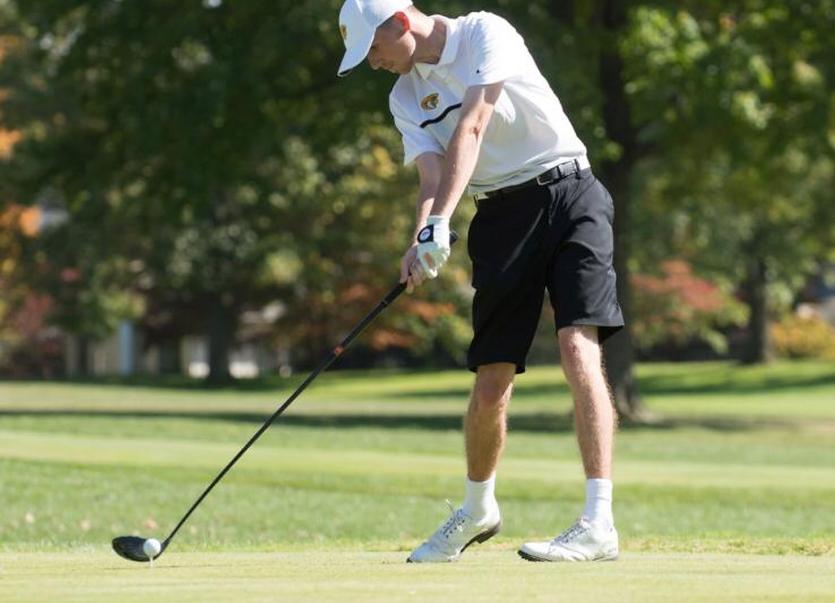 Borrisokane's Scott O'Brien in action. The Tipperary golfer is carving a reputation out on the US college scene

Young Tipperary golfer Scott O'Brien, who has been carving out a reputation on the American college under the radar, has revealed how a mishit shot by his father fostered his love of the game.

Parkland College is a Division II junior golf programme sharing the town with the University of Illinois where USA Ryder Cup Captain Steve Stricker and Belgium’s Thomas Pieters came through.

The Borrisokane native, who is a member of Nenagh Golf Club, reveals how was a keen hurler and footballer as a child, but started in golf following a freak shot by his father, Eamonn.

“My first experience of golf was when I was three years old, I went out to the local hurling field with my father and he was hitting golf balls and he hit a stray one, it hit rocks and gave me a bang on the back of the neck while I was picking flowers in the corner,” he told Golf Digest.

However, he didn’t really play golf until he was 12 or 13 when he started taking it seriously.

A regular in underage and junior competitions around Ireland, since he moved Stateside, Scott has registered top-six finishes in all five of his tournaments last season. He was a co-medalist at the 2019 M-WAC Championship while finishing 16th in the overall national standings and claiming a spot in the GCAA DII All-Freshman team and All-Region team.

However, don't expect to see Scott back home for a while, as the Covid-19 pandemic stopped him coming back last August, and he may stay on and not return to Ireland until this coming Christmas