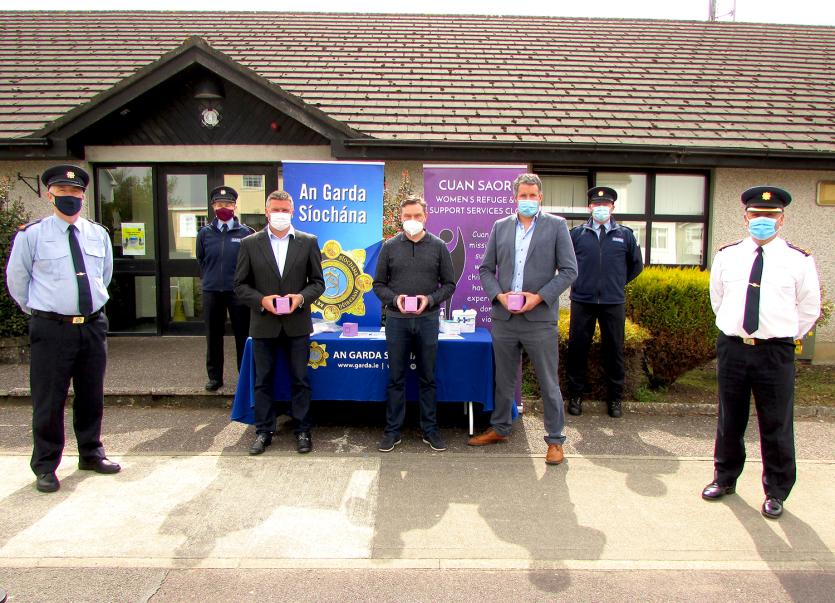 The new Go Purple domestic violence initiative introduced in pharmacies across Cahir Garda District is targeted at male as well as female victims of this abuse, Tipperary’s most senior garda has stressed.
Tipperary Garda Division Chief Superintendent, Derek Smart, gave an assurance at Tipperary County Council’s Joint Policing Committee meeting that the month-old scheme was for men as much as women.
He did so after Clonmel Cllr Siobhán Ambrose highlighted at the meeting how male victims of domestic violence find it very difficult to come forward and seek help because they feel embarrassment and shame.
She pointed out a lot was mentioned about domestic violence victims being women when the Go Purple initiative was rolled out in Cahir but it was also important to emphasise that men can also be victims of this abuse.
Chief Supt Smart said Cllr Ambrose’s comments about male victims of domestic abuse were “spot on” and assured her the Go Purple initiative was never just meant to be for women, though he pointed out the vast majority of victims were female.
The Go Purple initiative, supported by Cuan Saor Women’s Refuge and Men’s Aid, was introduced in pharmacies in Cahir Garda District in April. The pharmacies display a purple candle in their shop to show they are participating in the scheme. Domestic violence victims, who are too afraid to phone for help, can instead visit a pharmacy participating in the scheme. They can indicate to a member of staff that they need help by asking them for “purple clothes dye”.
They will then be offered advice and support from domestic abuse experts. An Garda Síochána can also be contacted to advise in relation to court orders, and in urgent circumstances, to assist in bringing the person to safety.
Chief Supt Smart said it was planned to rollout the Go Purple scheme across the Tipperary Division.
The Go Purple initiative was welcomed by public representatives at the Joint Policing Committee meeting, which heard the latest Tipperary Garda Division crime statistics for domestic abuse related incidents ranging from violence and domestic disputes with no offences disclosed to breaches of barring, protection and safety orders.
Chief Supt Smart reported that domestic abuse incidents across the division were up a marginal 0.7% in the first four months of this year compared to the same period last year.
However, the number of breaches of interim barring, barring, protection and safety orders was down 27.8% so far this year compared to the same period last year.