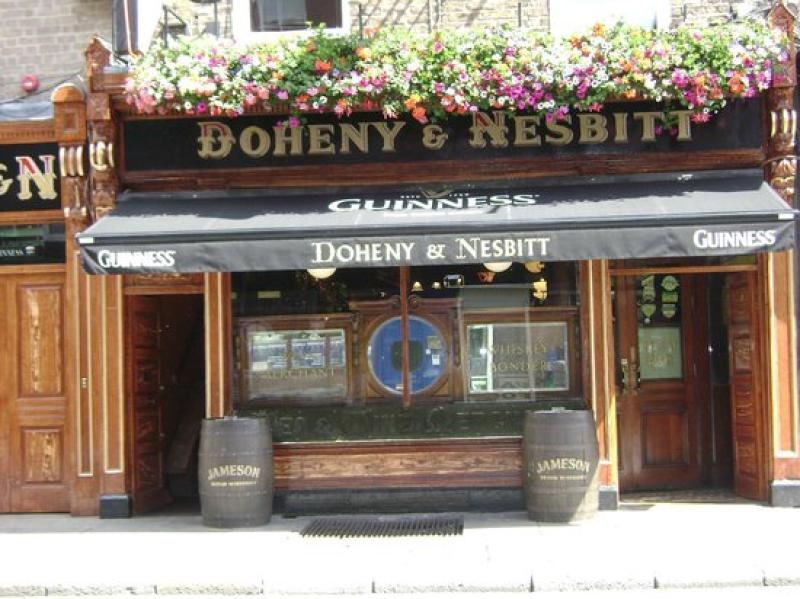 Tom was a proud Loughmore man, and though he had left the place decades previously, he was always interested in meeting people from anywhere in Tipperary when they were in Dublin, and it was all the more special if they were from the Loughmore / Templemore area, where he still has relatives.

When Tom and Ned ran the bar it was among a handful of what were known as "Tipperary pubs" in Dublin city centre, the others being the Palace Bar on Fleet Street and Bongo Ryans on Parkgate Street. Each of them uniquely to this day, has retained their original Victorian features, including their snugs.

The pub, a traditional country pub in the heart of Dublin off Stephen's Green, was a haunt of politicians due to its proximity to Leinster House. It was also a gathering place for senior civil servants, academics, economists, judges, solicitors and barristers, actors, writers and journalists - especially those working for RTE and the now defunct Sunday Tribune.

This eclectic mix of the great and the good and their perceived influence on Irish thinking led to many Government policies of the day being referred to having come from the Doheny and Nesbitt School of Economics.

Both Tom and Ned appeared in David Hanly's novel In Guilt and in Glory, in which he described them as ""Wiley Ned Doheny and pragmatic Tom Nesbitt".

Paying tribute to Tom, Templemore councillor and former TD Noel Coonan said: "It was a popular haunt with members of the Oireachtas. If you couldn't contact a Minister, then Doheny and Nesbitts was always a great place to catch them off guard."

Cllr Coonan said that many people had happy memories of Doheny and Nesbitts and other pubs around Baggott Street, especially back in what he said were the exciting times of the 1970s and 1980s.

He offered his sympathies to Mr Nesbitts family and friends.

The late Thomas (Tom) Nesbitt, lived in Clontarf, and passed away on May 29 peacefully in the wonderful and loving care of St Gabriel's Nursing Home. Predeceased by his brothers Jim, Martin, Paddy and Mike.

Due to the government advice and HSE guidelines, a private service will take place for family and close friends only.

Tom’s funeral can be viewed on Wednesday, June 2, at 10am on www.stjohnsclontarf.ie/webcam/