Tipperary remembers: Centenary of Modreeny ambush to be commemorated this Thursday 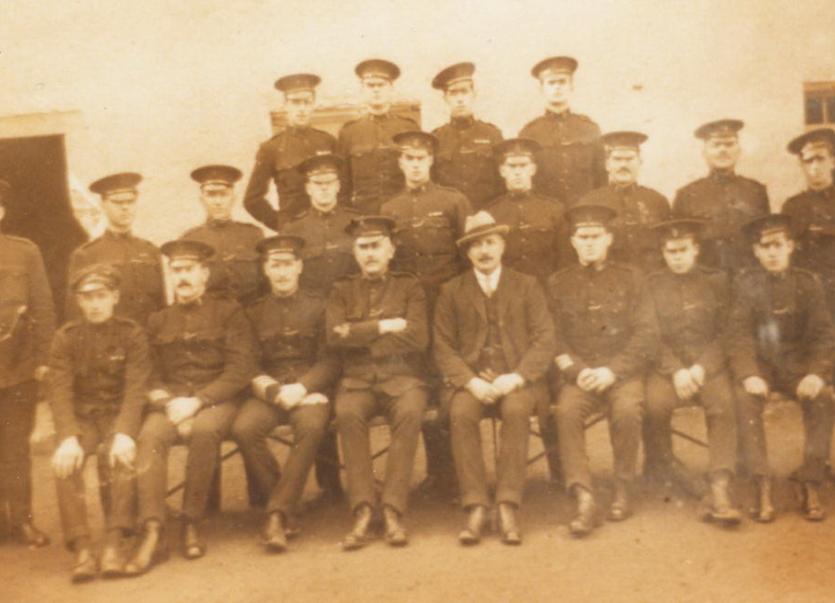 he RIC stationed in Borrisokane in 1921: The constable standing on extreme left in second row in Robert Crossett, who survived the Modreeny ambush

This Thursday, June 3, marks the centenary of one of the most deadly engagements of the War of Independence in Tipperary.

One that day, 100 years ago, an IRA Active Service Unit, or “Flying Column”, ambushed a party of 28 RIC police travelling in cars and on bicyles between Borrisokane and Cloughjordan at Kylebeg, near Modreeny.

It was a sudden and swift eruption of the violence that had been sporadic in Tipperary for the previous two years, leaving four policemen dead and five badly wounded.

Two of the policemen killed, Constables Billy Walsh and John Cantlon, were stationed in Roscrea and two, Constables Martin Feeney and James Briggs in Borrisokane.

They withdrew without injury after the ambush and made good their escape towards Knockshegowna.
Crown Forces burned six houses in the Cloughjordan area as an official reprisal for the attack. 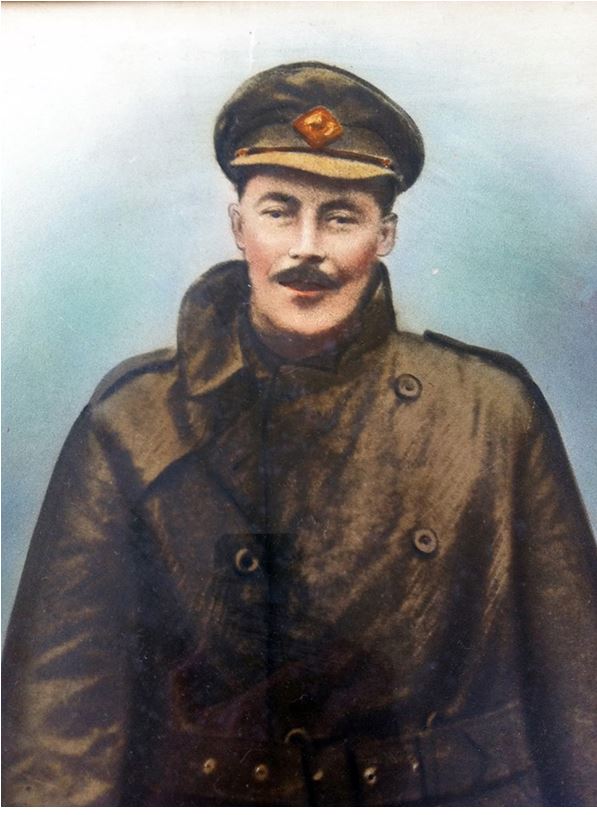 Service Unit or Flying Column which carried out the Modreeny Ambush.

in Roscrea, but was killed early in the Civil War in an Anti-Treaty IRA ambush

Tipperary in the Decade of Revolution Group are working with Cloughjordan Heritage Society to remember this dramatic event appropriately.

Local historians Seán Hogan and Ger Heffernan have compiled a high quality 50-page centenary booklet telling the story of this attack. The booklet is available for €5 at the MacDonagh Centre in Cloughjordan and at Sheela na Gig bookshop in Cloughjordan.

The group regrets that, because of Covid restrictions which limit outdoor events to 15 persons, it is not possible to hold a public event to remember Modreeny.

Representatives of Tipperary in the Decade of Revolution and Cloughjordan Heritage Groups and relatives of those involved on both sides will attend a small ceremony at the site on the day of the centenary.

However, it is hoped that it will be possible to hold a public event at the site later in the year when Covid restrictions ease.

As part of its annual Cloughjordan Honours Thomas MacDonagh Weekend, Cloughjordan Heritage Group will present an online lecture by Ger Heffernan on the ambush on the night of June 3.

Register for this free illustrated lecture by sending an email to macdonaghweekend@gmail.com
A link to will be sent to access the talk.