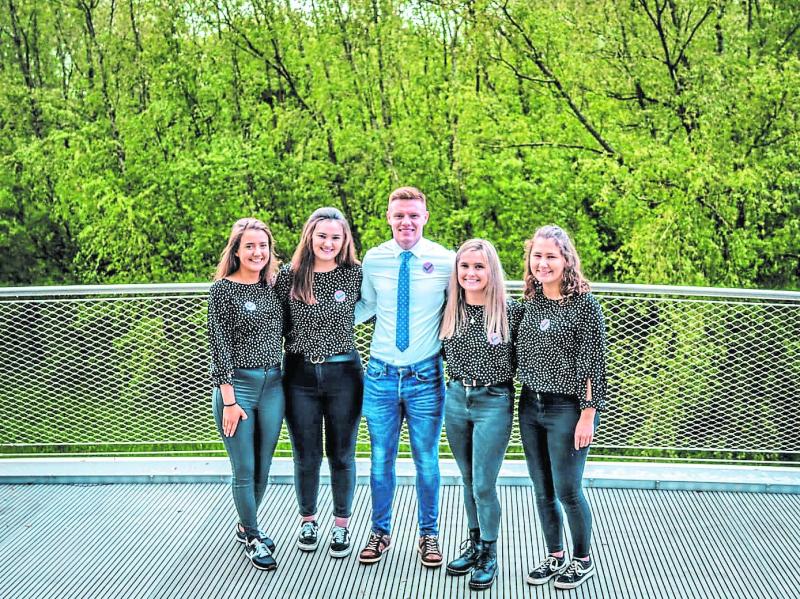 Between May 25-27, Catriona O’Halloran, Leanne Delaney and Elma Casey all Tipperary locals proudly represented the University of Limerick Enactus team on the National stage. They competed against nine colleges in Ireland to win the coveted title, the first ever Enactus win for UL.

Enactus is a global organisation that supports third level students in setting up social enterprises to tackle social issues in their local and wider communities.

The organisation is in operation across 35 countries and within Enactus Ireland there are 10 participating colleges. The team from UL consists of 143 students from a range of different courses and year groups, all united by their passion to make a real difference both in Ireland and abroad.
This year Enactus UL grew their 6 social enterprises to levels never before achieved by the team, directly impacting the lives of over 2,000 people through their initiatives.

Anytime of the Month and Moyo Nua were the two Enactus UL social enterprises that were presented at the National Competition.

Anytime of the Month tackles period poverty and period stigma through their network of friendly strangers and period positive workshops.

Moyo Nua has created a handheld seed planter for farmers in Sub-Saharan Africa to eliminate back pain suffered from farming by hand.

These five students created a fantastic presentation highlighting the work of Enactus UL over the past year. After 3 days of tough competition, the judges crowned Enactus UL the champions of Ireland recognising their social innovation, leadership and commitment to positive change.

Catriona O’Halloran, local to Birdhill and Team Lead for Enactus UL said “we are incredibly proud of the impact our social enterprises have achieved this year and to get that national recognition is the icing on the cake. Being the first ever team from UL to win the Enactus Ireland National Competition is a huge achievement that we will be celebrating for a long time to come. It still feels surreal to say that we are now Team Ireland and up next is the International stage.”

As the Enactus Ireland National Champions, the UL team will represent Ireland at the Enactus World Cup from October 14-21, 2021. Each of the 35 Enactus countries put forward their best team to represent them at the World Cup in hopes of being recognised as the best team globally.
Leanne Delaney, Chairperson and local to Clonmel said that “we are excited for Enactus UL to be representing Ireland on a global scale. We are also looking forward to a fun summer working with the team to grow our social enterprises further.”

Elma Casey from Cashel and Enactus ULs First Year rep further elaborated that “it is great to see all of our hard work and dedication paying off. I have had an amazing experience in the society this year, I’ve learnt so much and I’m excited for what’s next.”

It is inspiring to see young students taking the initiative and the time to create social enterprises that are making a real impact in our society. Best of luck to the team from UL as they progress to the Enactus World Cup.