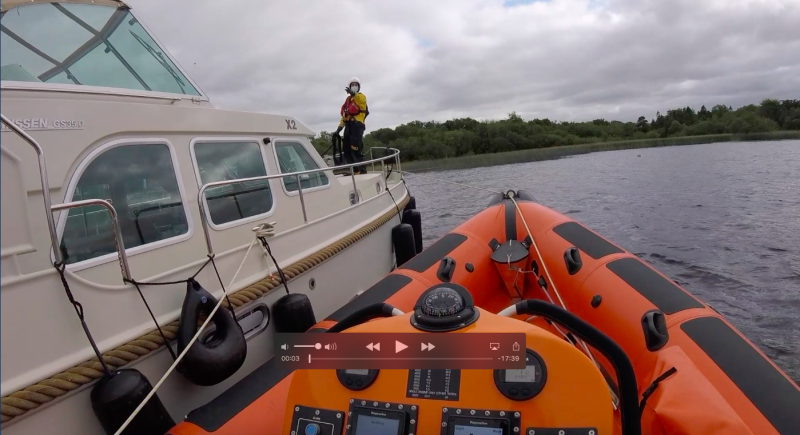 Lough Derg RNLI was launched last Friday following a request from Valentia Coast Guard to assist four people on a 35ft cruiser with fuel problems above the Goat Road on the eastern shore of Lough Derg.

At 5.05pm the lifeboat Jean Spier launched with helm Owen Cavanagh, Eleanor Hooker, Joe O’Donoghue and Chris Parker on board. At 5.20pm, the lifeboat located the vessel just off the navigation channel above the Goat Road.

All passengers on board were safe and unharmed and wearing their lifejackets. They had dropped anchor to prevent drifting into the shallows and onto rocks.

An RNLI volunteer transferred across the casualty vessel and once it was established that there was no damage to the vessel, but that it would require a tow to safe harbour, the lifeboat volunteers set up an alongside tow and weighed anchor.

The nearest safe harbour was the public harbour at Kilgarvan Quay, and the lifeboat helm informed those on the casualty vessel of the plan.

At 5.50pm the casualty vessel was safely tied alongside at Kilgarvan Quay.

Jeremy Freeman, deputy launching authority at Lough Derg RNLI, has advisec boat users to "ensure you have sufficient, fresh fuel for your journey and a means of communication".