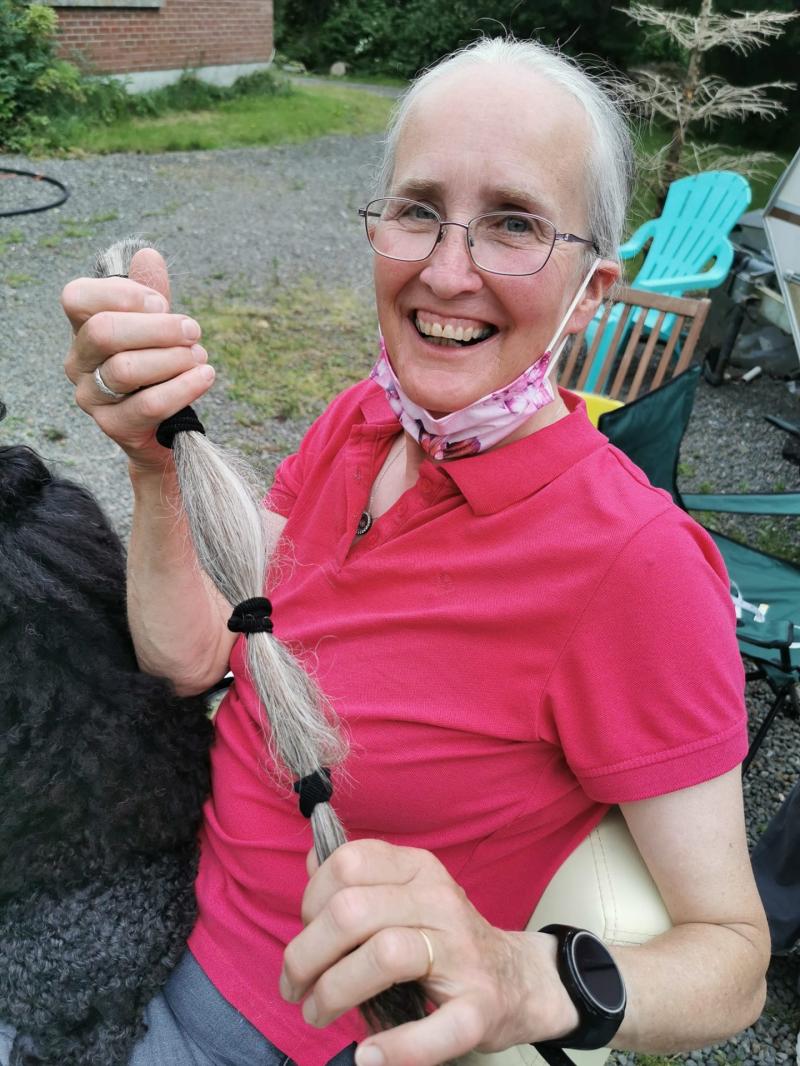 Good hair day: Tipperary artist Gerardine Wisdom with the hair that was cut in aid of the Rapunzel Foundation to encourage older people to donate their hair

While the entire country was scrambling around looking for a haircut during lockdown, one Tipperary woman was making sure that when she did get her locks shorn that they would go to a good cause.

Tipperary artist Gerardine Wisdom from Terryglass had 18 inches taken off her long flowing hair which she donated to the Rapunzel Foundation, a charity based in New Ross, County Wexford, that creates hairpieces for those with hair loss through cancer treatment or alopecia

“It is something I have been thinking about for a long time, perhaps two years,” Gerardine said. She said the reason she cut her hair was because “I just thought it might bring some joy to somebody else given what we have all been through. 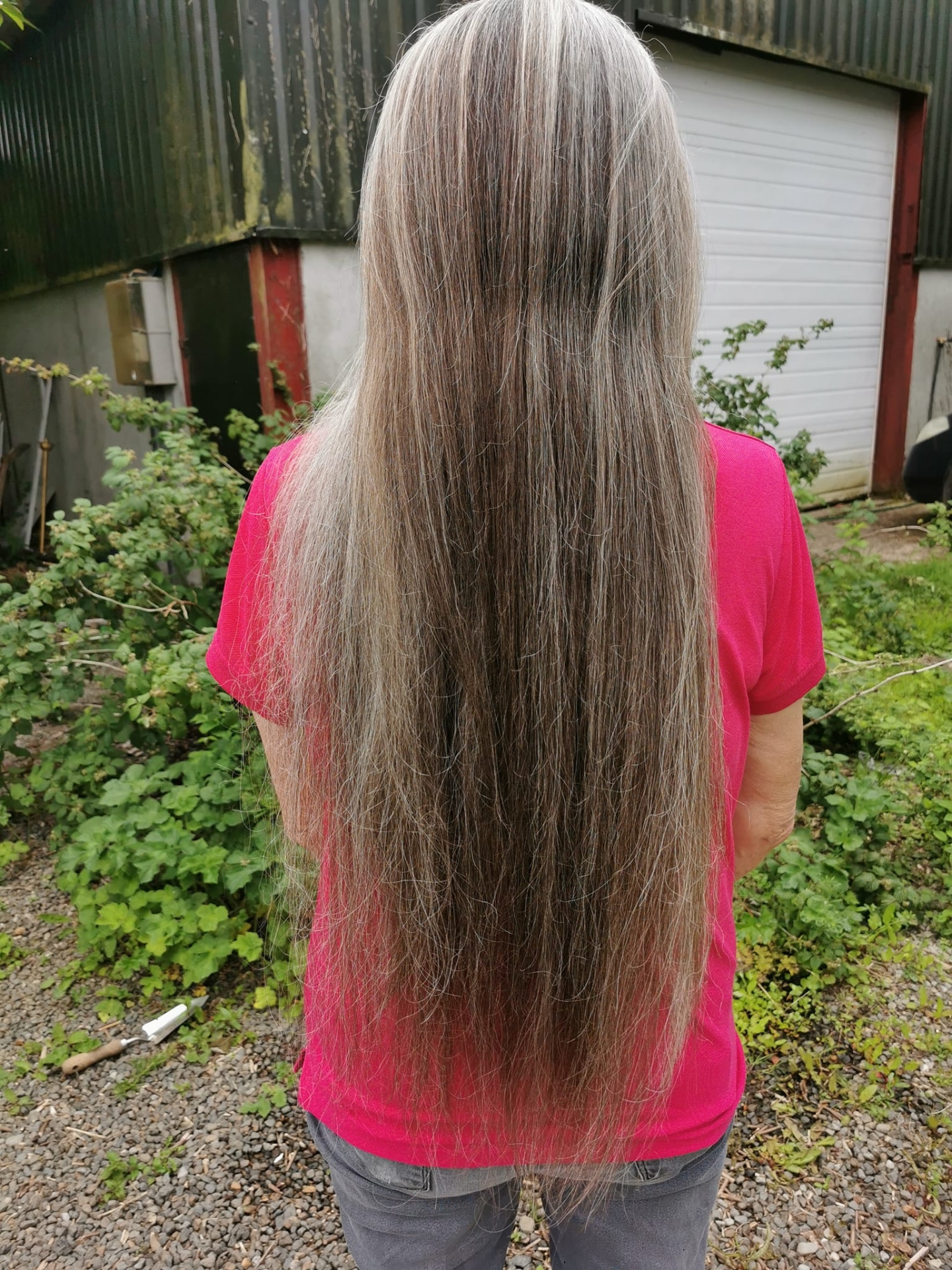 Before: Gerardine's hair before she had it cut for the Rapunzel Foundation

When the fateful day arrived, Niamh Langtry, who studied with her daughter Cecily in Templemore College, did the cutting at Gerardine’s house.

Gerardine, who makes sculptures from rushes which she harvests on Lough Derg, said that one of the reasons she was able to donate her hair to Rapunzel was because she had never dyed it.

“They can use it. A lot of young people donate their hair, but I thought it would be nice to donate for an older person,” she said.

Gerardine is now encouraging older people to consider donating their hair to the foundation.

Meanwhile, Gerardine’s work can be seen in the new tourist office when it opens later this year in Nenagh as she has been commissioned to provide pieces of rushwork to the office in the former town hall on Banba Square.