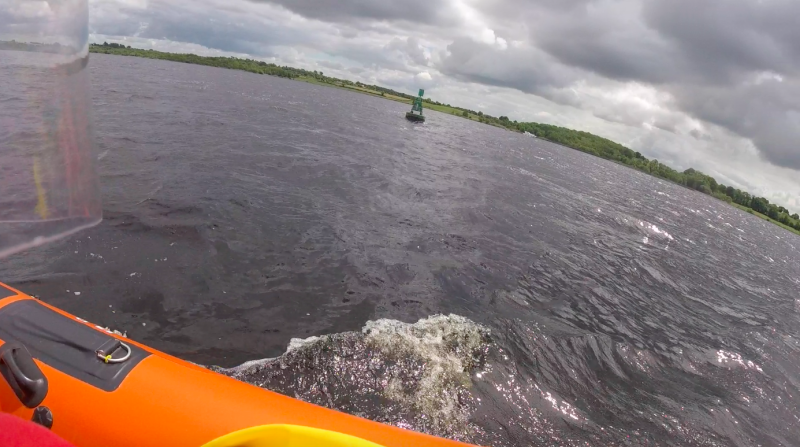 At 12.35pm the RNLI lifeboat Jean Spier launched with helm Eleanor Hooker, Ger Egan, Steve Smyth and Chris Parker on board. The winds were westerly, Force 3/4. Visibility was good.

When it was evident the cruiser was fast on rocks, and the cruise hire company had arranged for a more powerful tow vessel to assist, the RNLI volunteers requested to take the two casualties off the stricken vessel and to Terryglass Harbour, where their boat would be taken once it was off the rocks. The lifeboat made Valentia Coast Guard aware of the plan.

At 1.38pm the lifeboat delivered the two casualties to Terryglass Harbour, where a boat owner invited them to their vessel for refreshments whilst they waited for their boat.