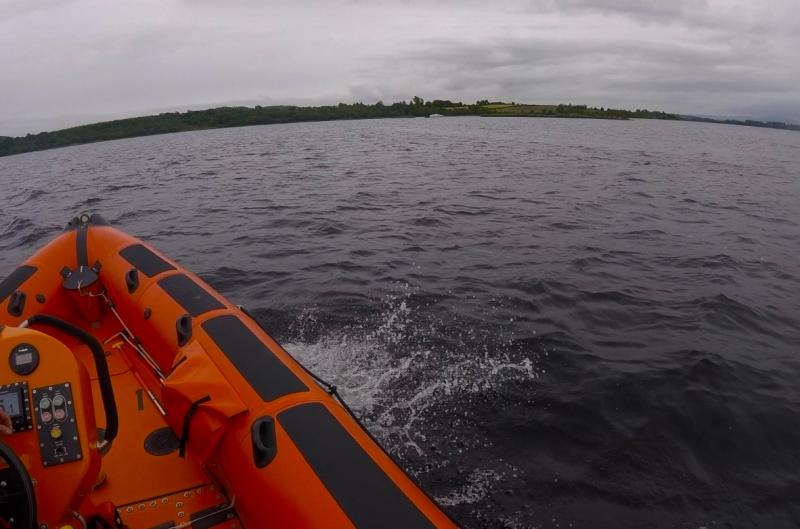 Lough Derg RNLI, based in Dromineer, was called into action for the fourth time in the past 10 days this Tuesday evening when they were tasked by Valentia Coast Guard to assist a cruiser with 12 people on board that ran aground.

At 6.15pm, Valentia Coast Guard requested Lough Derg RNLI lifeboat to launch to assist 12 people on a 52ft cruiser aground inside the Goat Road (a raised shoal for migrating birds) at navigation mark E on the eastern shore of Lough Derg.

At 6.30pm the RNLI lifeboat Jean Spier launched with helm Keith Brennan, Eleanor Hooker, Dom Sharkey and Owen Cavanagh on board. The wind was a north-westerly, Force 2. Visibility was good.

When the tug had the cruiser off the shoal and in safe water, making way and under way, the lifeboat volunteers informed Valentia Coast Guard, and were stood down.

The lifeboat departed the scene and back at Station at 7.04pm