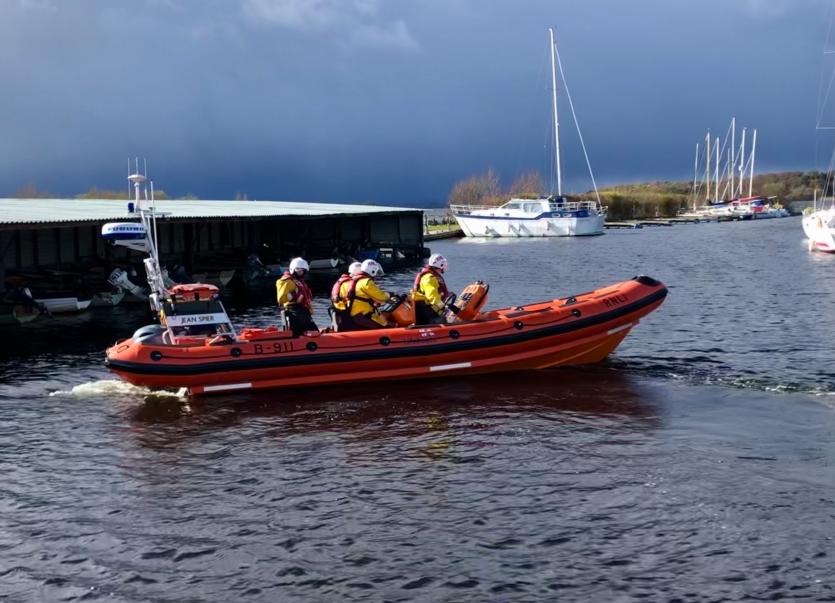 Lough Derg RNLI launched this Thursday afernoon to assist a family two adults, two teenagers and a child on a 30ft cruiser in difficulty on the eastern shore of Lough Derg.

It was the fifth callout for the volunteer service over the past 10 days.

Following a request from Valentia Coast Guard, Lough Derg RNLI launched its lifeboat Jean Spier with helm Eleanor Hooker, Steve Smyth and Chris parker on board. The wind was westerly, Force 4/5. Visibility was poor with rain, mist and frequent squalls.

At 2.41pm, the lifeboat arrived on scene. The family on board were safe and unharmed and wearing their lifejackets. An RNLI volunteer was transferred across to the casualty vessel to reassure everyone on board.

The RNLI volunteer reported that the anchor was holding and evidently stuck fast.

With deteriorating weather conditions and poor visibility, the RNLI helm made the decision to take all five people on to the lifeboat and transfer them to the safety of the nearest safe harbour, at Terryglass.

The lifeboat informed Valentia Coast Guard of this decision.

At 3.34pm the lifeboat put the family ashore at Terryglass Harbour.

Christine O’Malley, lifeboat operations manager at Lough Derg RNLI, advises boat users to !ensure your boats and engines are checked and fueled ahead of your journey".