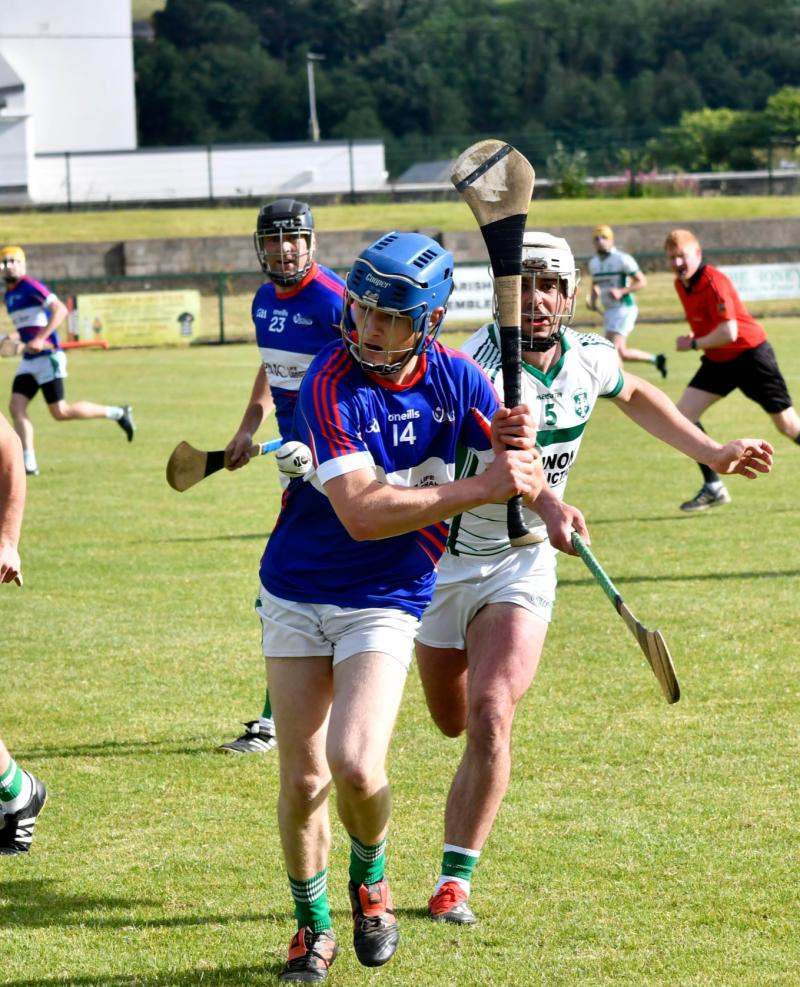 A blistering opening to this evening’s (Saturday) County Junior A Hurling Championship semi-final at Clonmel Sportsfield in which Holycross/Ballycahill scored 2-8 without reply inside 14 minutes greatly helped them in booking their place in the county final. In that county decider next Friday night they will surely face a much more difficult challenge against Arravale Rovers.

Holycross, in their first championship outing since their divisional win over Moycarkey/Borris last October, simply had too much experience, physical presence, class and craft for a very young Grangemockler/Ballyneale outfit. But credit to Paul Cahill’s charges, even if they were 14 points adrift after an overpowering 14 minutes, they never stopped trying to the end.

It was all one-way traffic in the opening exchanges and eight points in a row from Holycross inside 12 minutes soon indicated that the game wouldn’t be competitive on the scoreboard at least. And then it went from bad to worse for Grangemockler with the concession of two goals inside a minute.

The first green flag followed a move involving Tossie Comerford, Pa Dwyer and some sweet stickwork from John Dunne who was then on hand to finish after Donnacha Duggan was first denied by David Power in the Grangemockler goal.

From that puck-out Jamie Lee Dwan picked up, soloed through and buried the sliotar and with it Grangemockler’s hopes of a county hurling final appearance in 2021.

Dunne had already scored two points, the others from Mikie Nally, Matty Stakelum, Frank Hanafin, Dawn and two frees from midfielder Tossie Comerford. It was all too easy for the Padraig McGrath managed Holycross.

Mikie Lyons had Grangemockler’s first score just before the water break and they had the next two after that break with a brace from Darragh Shelly, the second set up by a great catch from Ben Comerford.

Holycross then settled again with three of their own, two from Tossie Comerford (one free) and the other from Mikie Nally craftily reacting to an effort that came down off an upright.

In the dying minutes of the half Grangemockler added two white flags, a free from Darragh Shelly and a point from centre-forward Tom Kennedy, picking up on a misdirected puck-out.

At the break Holycross were 2-11 to 0-5 to the good, the game as a contest long decided.

The start of the second half was nothing like the first, the attendance having to wait seven minutes for the first score. Again Mikie Nally showed his skill soloing in from along the end line before smartly planting the ball beyond the keeper.

By the second half water break the margin was out to all of 17 points. Between that third goal and the break Holycross tagged on four points, three from Tossie Comerford (two frees) and fine effort from out near the sideline by Jack Dwan. All the South division representatives could muster in that time were two points from Mikie Lyons and an excellent effort from Tom Kennedy.

The remainder of the game, played on a beautiful sunny evening under the Comeragh foothills, was purely academic, but Grangemockler can take some consolation in that they outscored the winners by 0-5 to 0-3 in that final quarter.

John Lyons, who never stopped trying all evening, pointed after a swift solo and followed with a free before a long range effort from Ben Comeford made it three in a row for Grangemockler.

The last four white flags were shared two apiece, John Lyons and Stephen Quinlan swopping near-sideline points, before a John Lyons (free) and a well-taken Ewan Bourke effort for Holycross brought proceedings to a close with Holycross/BallyCahill comfortably through to the county final.