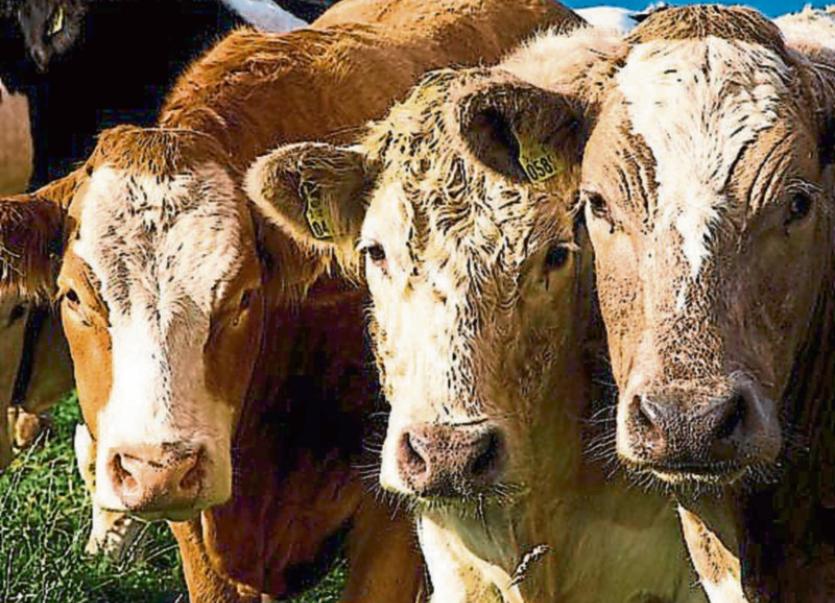 There has been a general consensus between ICMSA, IFA and ICSA that farmers will carry the can for climate change and end up doing more work for less return.

The Tipperary Town president of ICMSA, Pat McCormack, said that the agreement will leave farmers “carrying the climate change can” for both the EU’s consumers and corporations with reduced payments tied up with additional terms and conditions.

He said that “putting it mildly”, it had the potential to be a disaster for Irish farmers and the rural economy that rests on them.

IFA president Tim Cullinan from Toomevara put it bluntly, saying it was “bad for Irish farmers”.

Meanwhile, ICSA president Dermot Kelleher said that the deal “cannot hide the fact that farmers are being asked to do more and more for less and less”.Mr MCormack said that farmers were going to discover whether Ireland had the sense to insist on maximum autonomy in terms of overall CAP application, and to whether Minister McConalogue and his Government were really committed to preserving our family farming sector.

He said that the model of convergence was already demonstrably flawed.

Mr McCormack described that as fundamentally unfair and deeply unpopular with the active farmers who were the engine of the sector and the sector’s exports.

“That group wants Ireland to secure and use the necessary autonomy to mitigate the worst aspects of the convergence commitment likely in the final agreement, he said.

On the eco-schemes that the new CAP will contain, Mr McCormack said that all Irish farmers were facing a cut of probably 25% in their BPS / Greening payment to fund the eco-schemes, with potentially another 10-15% to fund frontloading / national reserves etc.

He said this was the blunt and uncomfortable reality that some people wanted to ignore and predicted that it will be a disaster for family farms throughout Ireland.

He said that there was no point in pretending that this CAP was anything other than a serious reverse for Ireland and represented another case of the EU ducking out of the reforms of the food supply chain now so obviously required.

Mr McCormack said that this CAP should have been the occasion for the EU to face up to the systemic problems in the EU’s food supply chain and its impact on the environment.

“Instead of doing that, and actually starting to dismantle the absolutely ruinous cheap food policy, the EU has decided to load all responsibility on to its farmers who, it’s now very clear, will be expected to carry the climate change can for both consumers and corporations.

Meanwhile, IFA president Tim Cullinan said the deal, which is yet to be ratified by EU agriculture ministers, including Minister Charlie McConalogue, will decimate a cohort of farmers in Ireland.

“The Minister must push for further flexibility for farmers here,” he said.

Mr Cullinan was due to be in Luxembourg this Monday, where Minister Charlie McConalogue was due to attend an EU Council of Ministers meeting to consider the provisional CAP agreement.

He said the deal was bad for Irish farmers and bad deal for the rural economy.

Mr Cullinan said that the Government will also have to make good on their commitments for national co-financing, and on the €1.5bn from the Carbon Tax in order to protect the viability of tens of thousands of farmers.

“EU Agriculture Commissioner Janusz Wojciechowski has done nothing to protect farmers and food production in these talks. He has been submerged by EU Commission vice-president Franz Timmermans,” he said.

“The EU Commission keep telling us they will do an impact assessment of the Green Deal and Farm to Fork strategies before any aspects are legislated for. Yet they have been trying to embed them into CAP reform through the back door,” he said.

ICSA president Dermot Kelleher said the deal cannot hide the fact that farmers were being asked to do more and more for less and less.

“The key battles around the level of convergence to even out the per hectare payments and re-distribution to support smaller farmers simply reflect the fact that the budget is inadequate, and the truth is that the outcome will please nobody,” he said.

Similarly, the grandiose vision for an EU Green Deal, of which the agri-food sector was expected to do a lot of heavy lifting, was not matched by a suitably ambitious funding mechanism, he said.

“Instead, many farmers will become even less viable due to direct payment cuts and will then be expected to devote many more hours to delivering public goods in the climate change and biodiversity spheres,” said Mr Kelleher.

He further stated that this CAP reform had been notable also by the extent to which the voice of farmers had been side-lined.

Commr Wojchiechowski was mistaken in his belief that the proposals on re-distribution will make any significant difference to small and medium scale farmers, he said.

“The 10% of payments to support small and medium farmers does not look so good when you realise that the money will predominantly be deducted from small and medium farmers in Ireland in the first place,” said Mr Kelleher, who said that he wanted to make it clear that ICSA was fully behind any strategy that will increase funds for small and medium scale farmers, particularly those in the low-income sectors of cattle, sheep, and tillage.

“Ireland now has to face up to difficult choices in designing its own CAP plans,” he said.