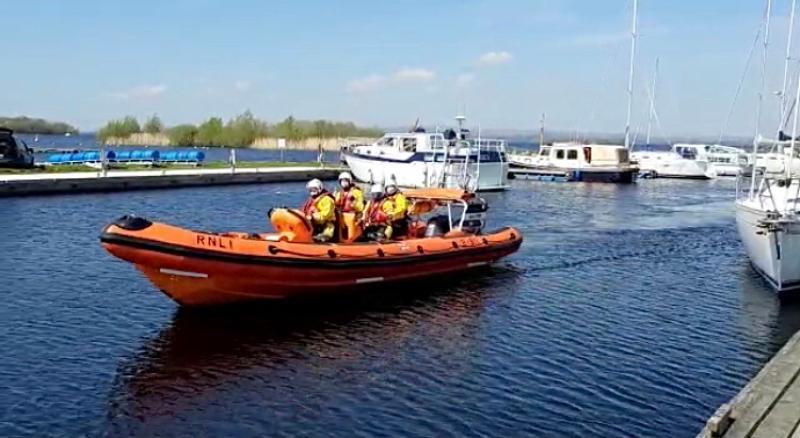 Lough Derg RNLI launched this Wednesday afternoon to assist a young person with a medical emergency in Dromineer Bay.

Valentia Coast Guard requested Lough Derg RNLI lifeboat to launch to assist a young person reported to be semi-conscious on a floating pontoon by Dromineer Harbour.

At 3.43pm the lifeboat Jean Spier launched with helm Eleanor Hooker; crew Steve Smyth, Doireann Kennedy and Chris Parker on board. The winds were northerly, light airs. Visibility was good.

At 3.45pm, when the lifeboat arrived on scene, two advanced paramedics from the ambulance service, transferred from shore, were also in attendance and had the person in the recovery position.

The casualty’s level on consciousness had improved and he was speaking.

The RNLI volunteers took a history from the ambulance crew and decided to transfer the casualty to shore immediately, where Dr Peter Hooker, lifeboat medical advisor, another ambulance crew member, and Claire Toohey, lifeboat training co-ordinator, were waiting to receive the casualty.

Once the casualty was handed over to the care of the medical, ambulance and shore crew, the lifeboat returned to station.

Dr Hooker advises water users to "ensure you keep sufficiently hydrated and wearing sun block when out enjoying the water".