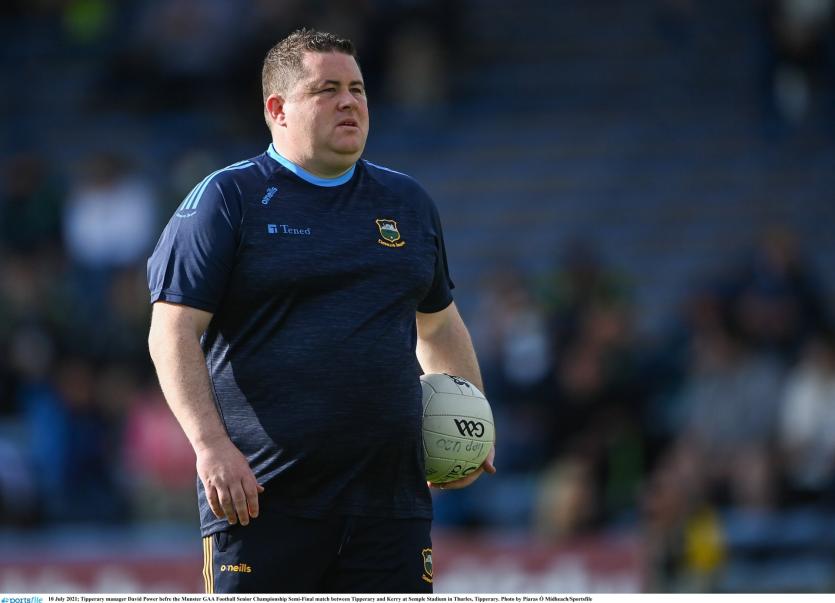 While obviously very disappointed with the result and with the Tipperary football year which ended on Saturday night last after just five games between March 15 and July 10, Tipperary manager David Power was still proud of his team’s performance even in defeat against Kerry.
“I am very very proud of this bunch. This was a game where you know we could have put up the white flag four weeks ago. We certainly didn’t do that today. We kept playing and at times I thought we kept the ball really really well. We could have had another couple of scores but overall I am very very proud because we didn’t have a good league campaign. It was a disaster and there’s no point in saying otherwise. We have to reset now and get ready for next year,” began David Power.
The Tipperary manager had flagged in the weeks prior to this game where the real danger was in this Kerry team. Possession was key and turnover would be Tipperary’s nemesis and so it proved for the Kerry goal as early as the 15th minute.
“Kerry, are probably more dangerous when we have the ball because if we turn over the ball they are going to punish us. Their goal ultimately came from us dropping ball into their keeper (Conor Bowe’s attempt fell short) and they ran down and got a great goal. We got punished for those kind of mistakes. That was the class, that’s the difference between a Division 4 team and a Division 1 team that are probably going to be there or there abouts in the All-Ireland as well.
In his post-match talk David Power took exception to a suggestion that his team were overly defensive in their approach to the game and that they were lined up like a team with just damage limitation in mind.
“Kerry get bodies back and at times they had 15 players back as well,” he pointed out.
“We had a plan, we have a lot of good ball carriers. When you have Kevin Fahey, Robbie Kiely, Bill Maher, our plan was that basically when we turn them over that we go at them. And to be fair we got a penalty (Fahey, Maher, Kiely were all involved in the build-up move that led to the penalty). So I think there were a lot of good things in it and it was our system against a top class team,” he added.
Despite the defeat, continuing a winless championship streak against Kerry stretching all the way back to 1928, David Power looked for positives and in fairness this was a much better performance.
“For us three weeks ago when you lose to Longford in Longford and after what happened last year, for that group of players to turn that performance around I’m really really proud of them,” added the Kilsheelan/ Kilcash club man.
Tipperary for the first time this year had their favourite half-back line of Bill Maher, Kevin Fahey and Robbie Kiely set in position and it made a huge difference. Robbie Kiely, a long-serving and indeed former team captain of Tipp, came in for special mention from his manager. 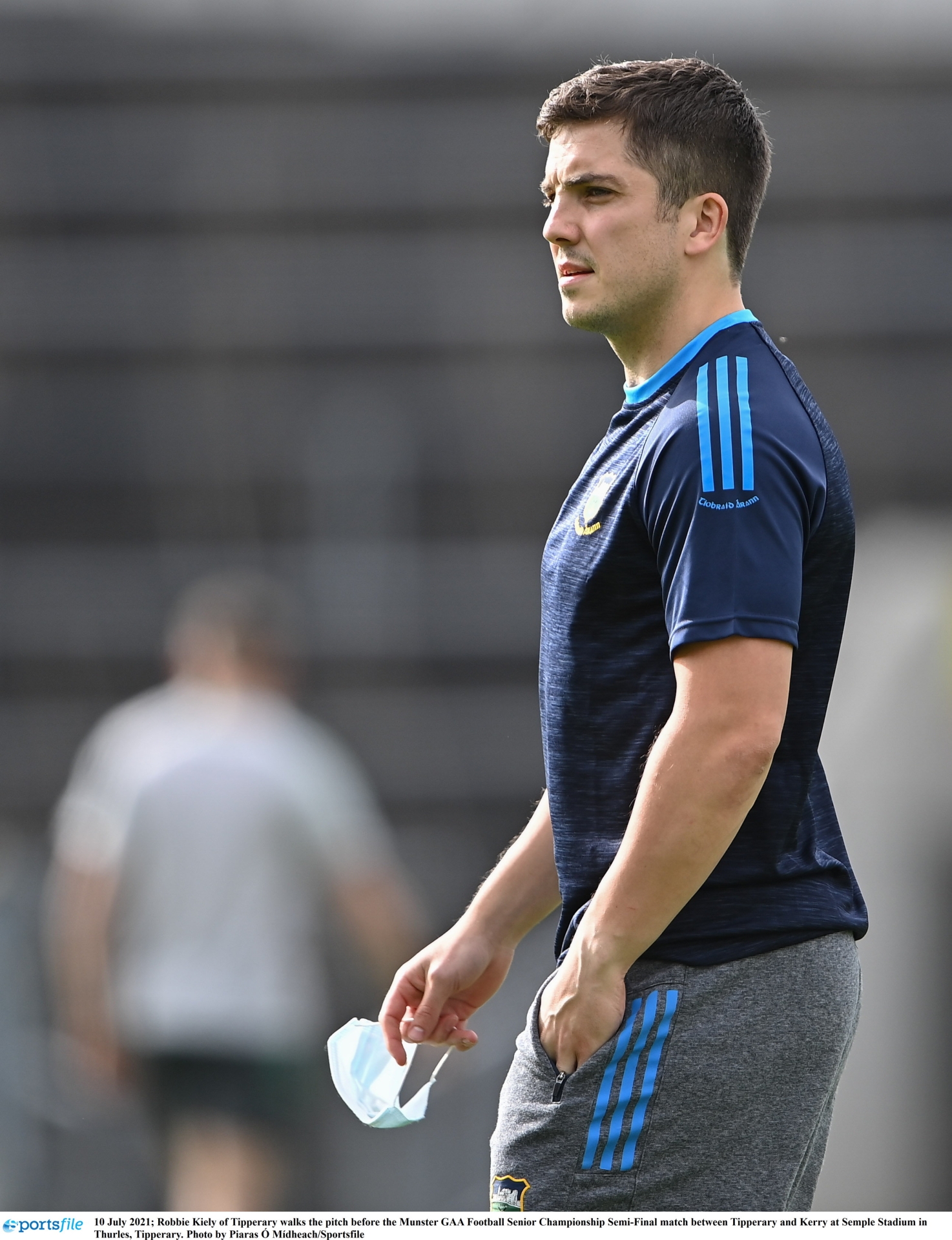 Tipperary's Robbie Kiely who put in a tremendous performance for Tipp v Kerry.
Explaining the improved performance, he stated:
“We were missing a lot of key fellows and we can’t be. Like for Robbie Kiely to put that performance in for a man that has only played one game this year. In Tipp football we don’t have that depth and so we need everyone. Last November we actually had everyone. We are a funny county because when we are bad we’re bad, but when we’re good, there’s no doubt we can play football,” he added.
Regarding Michael Quinlivan’s dismissal in the 49th minute - his second red card in recent games, David Power said:
“I did not see it and that’s been straight because I was down there (it happened on the sideline more or less, well up from the Tipp dug-out). But for me I thought that the referee was tough on Tipp. I thought that there were a lot of key decisions that went to Kerry. I thought at times David Clifford was going over. He’s a very good player and he doesn’t need soft frees and he definitely got a couple of soft frees in the first half and that’s my opinion,” he added.
How can a team like Tipperary improve when you just get one championship game in a season he was asked.
“You can’t and that’s the reality of it and I think every manager has really said that. Not to have a back door in football and have a back door in hurling, it makes no sense and people can go on about only 12 teams in hurling or whatever the case may be but surely there could have been a back door in football for the promotion of the game. So for the promotion of the game (no back door) is not good for any county.
“We need games and we need to be playing in the summer. It’s for players and players want to play games and that’s what it’s about at the end of the day. For us having three league games and then a relegation match and then this, like five matches. I don’t know if people realise the amount of effort and the amount of dedication that players put into it because it’s incredible, like three pitch sessions, maybe two gym sessions, plus they’ve no social life and that’s the reality of it. So to be fair the players do deserve more games,” he concluded.