Tipperary water park closes due to insurance crux, but hope is on the horizon 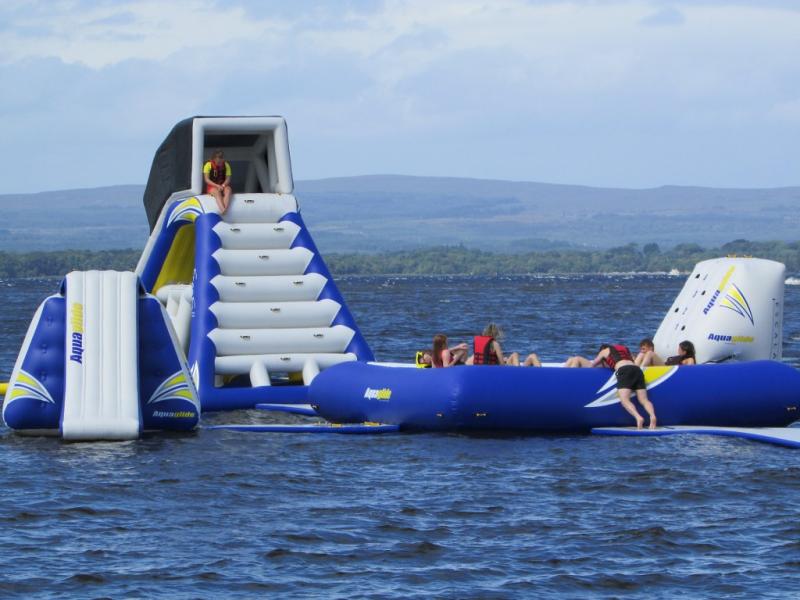 However, Stephen Fitzgerald, owner and operator, said that there was some hope of reopening soon as another company was looking at taking on the premium.

“Another insurance group is looking at it and we have been told we will be a priority because we are already closed. We expect to hear within the next 48 hours or a little longer. However, it will all depend on what the premium will be,” he said.

Mr Fitzgerald described the closure as a “real disappointment”.

The closure affects up to 15 staff, and this Tuesday he had just two people and himself at the facility, which continues to operate a paddle boat and kayak hire facility.

Mr Fitzgerald said Aqua Splash had a very good safety record and safety was their number one priority.

Pointing out that it was a nationwide issue, he said that the State needed to step in to handle insurance.

This was echoed by local TD Alan kelly who said: “I am very disappointed to hear this. Adventure sports and outdoor pursuits are going to be left in the same situation unless this Government finally deals with the massive insurance issues they are facing. They have failed miserably on this to date.”

Local restaurant and pub owner Joe Ryan, who runs the Whiskey Still, also expressed his disappointment at its closure.

“It is run really well and creates an atmosphere in Dromineer. They are unlucky it has to close in mid-season when the forecast is good. It brings business to others in the village,” he said.

Mr Ryan said that the boating business in Dromineer this year was the best since 2006 and Aqua Splash gave another reason to stop in the village.

“It would be great if it could be sorted quickly,” he said.

Fianna Fáil TD Jackie Cahill said that he will be raising this issue in the Dáil this week and was in contact with Minister of State with Responsibility for Insurance, Seán Fleming.

Deputy Cahill described the sudden closure as a “major blow” for tourism around the lake, during a summer when hospitality and tourism locally desperately needed a busy holiday season.

“I am very disappointed to hear of the almost immediate closure of Aqua Splash in Dromineer. This has come about due to the business failing to get insurance cover through no fault of their own,” he said.

Deputy Cahill said that this summer, we needed our tourism and hospitality industries to thrive, especially outdoor activities, and Aqua Splash had an exceptional record of safety, a well-trained and professional staff, offering much needed activities on Lough Derg this summer for families holidaying at home.

“This closure will come as a blow to local tourism and will leave a great number of families very disappointed to see their holiday plans quickly disappear in front of them. It is also difficult for the staff and management, many of whom are young people working a summer job after the Leaving Cert or during college holidays,” he said.