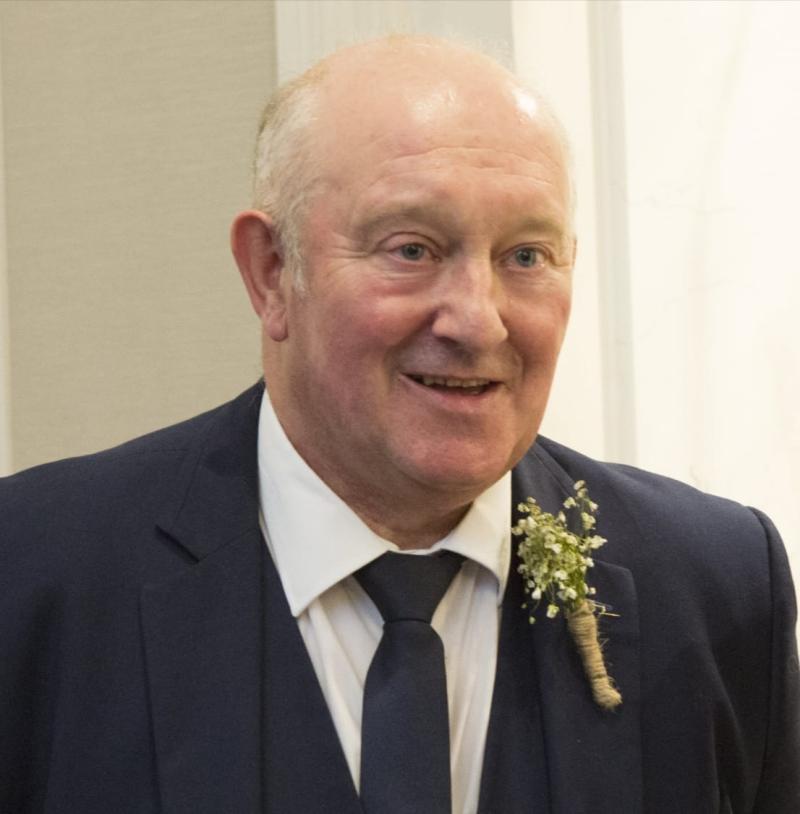 A 10-year driving ban and a one-year suspended sentence were imposed on an elderly driver whose van struck a 69-year-old cyclist who formerly worked at Mount St Joseph’s College near Roscrea.

Norman Davis, 76, Gaulross, Borrisokane, had previously pleaded guilty to careless driving causing the death of Joe Tuohy on the road between Roscrea and Shinrone.

In addition to the disqualification from driving and the suspended sentence, Judge Keenan Johnson ordered Mr Davis to pay €3,000 to a charity or club of the Tuohy family’s choice.

Tullamore Circuit Court was told they chose Roscrea Badminton Club because Mr Tuohy was a keen badminton player who would have been playing later in the evening after he was knocked down.

Prosecution counsel Kevin White, BL, told the court that the van being driven by Mr Davis struck Mr Tuohy when he was cycling on the road at Mountheaton and though the original charge was one of dangerous driving causing death, a plea to the lesser offence was accepted.

Det Garda Brian Jennings, Birr Garda station, detailed how a 999 call had been received at 6.20pm on October 7, 2019 from Nigel Keeshan in relation to a serious traffic accident.
Gardai who went to the scene near the college in Mountheaton saw a male on the ground being attended to by Mr Keeshan.

The gardai also saw a bicycle and a van and a man standing in the middle of the road directing traffic.

That man, Mr Davis, said the sun had been low and in his eyes at the time of the collision and having first seen a cyclist in front of him, he then lost sight of him as he got closer.

A car was approaching on the other side of the road and then Mr Davis felt the van hit something.

The court was told Garda Helen Colleran said Mr Tuohy was in a critical condition on the road with severe head injuries when the ambulance arrived.

Garda Colleran also said that Mr Keeshan knew the injured man and gave his name to the gardai.

Another motorist, Barry Rogers, gave gardai a statement in which he said he was also driving a van that evening and he saw a cyclist and described him as being tight into the ditch.

A woman who came on the scene, Breda Carroll, said it was not dark at the time and the court heard that Mr Keeshan said the lighting conditions were “in between” daylight and it starting to turn dark.

Judge Johnson also heard there was evidence that Mr Davis had told a paramedic that he had been blinded by the light of the sun.

Mr Tuohy was brought to hospital in Limerick and died two days later.

Forensic collision expert Garda Tom Brennan told the court that the road where the collision occurred was straight and relatively flat with a continuous white line along the centre.

The speed limit was 80km/h and he concluded the van, which was damaged on its passenger side door and mirror, was travelling at between 42 and 55km/h when the collision occurred.

He ruled out the weather as a contributing factor and concluded that the driver of the van had not given himself sufficient space to overtake the cyclist.

PSV inspector Garda Michael Nolan reported that both the van and bicycle were in good condition and lighting up time that evening would not have been until 7.25pm.

In a voluntary cautioned statement given to Sgt Donal Casey at Borrisokane station, Mr Davis said he had seen a cyclist on the road and slowed down and put on his indicator, giving the cyclist enough room, but then heard his mirror breaking.

In a later statement following his arrest, the accused said the cyclist was going from side to side on the road.

In his own evidence, Mr Davis, who had worked for 40 years as a commercial driver, said he was very sorry for hitting Mr Tuohy and it should never have happened.

He said he spoke to the wife of the deceased that night and met all the family at the funeral. He suffered a mini-stroke since and had not been able to work.

His sleep was disturbed, he had chronic headaches, was taking medication and while he appreciated the impact on the family of Mr Tuohy, his life had also been affected greatly.

Mr Davis also said his wife had been hospitalised for two months. A father of three, two of his children lived abroad and his daughter who lived in Borrisokane had epilepsy and a granddaughter was a diabetic.

Defence counsel Colm Smyth, SC, said the accused would have to live with what had happened for the rest of his days and he handed in references for him from the community.

Judge Johnson said the collision had occurred because of a momentary lapse of judgment on the part of Mr Davis which had catastrophic consequences for Mr Tuohy and his family.

He commended the deceased's son, Sam, on the victim impact statement he had read in court and said it had given him a feel for the kind of many Mr Tuohy was.

“It's such a tragedy his life was cut short in such tragic circumstances,” said Judge Johnson.

He said Mr Davis had not set out to cause the accident and the only factor was his failure to keep a proper look-out and keep his distance.

Referring to what Mr Davis had indicated in his statement to the gardai, Judge Johnson said Mr Tuohy was completely blameless and the judgement of the accused may have been clouded when he was at the Garda station.

The judge ordered that the 12-month sentence be suspended for five years upon entry by the accused of a €500 peace bond.

He also directed that part of the €3,000 be used for the institution of a memorial cup to honour the name of Mr Tuohy.