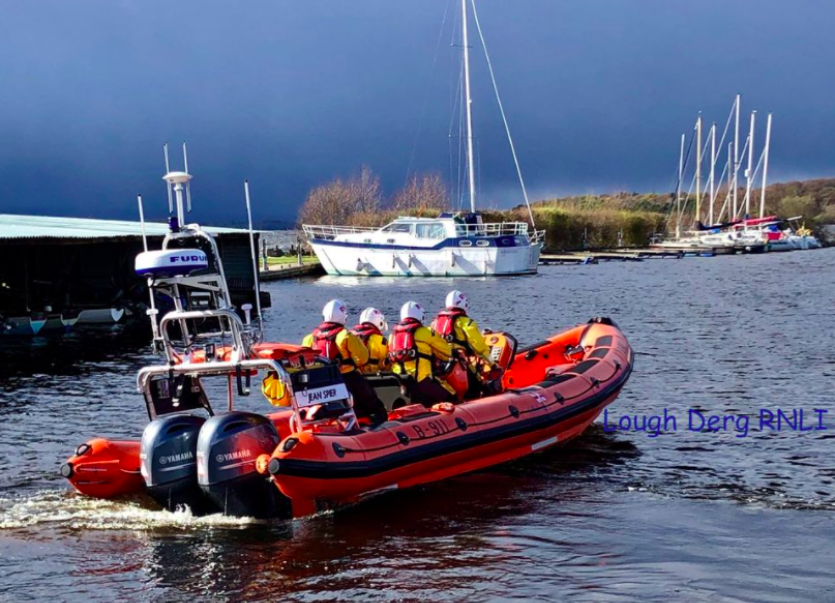 Lough Derg RNLI was launched on Wednesday to assist a family of four on a 36ft cruiser aground on the southern side of the Corragheen Islands, in Dromineer Bay.

At 6.04pm on July 14, the lifeboat Jean Spier launched with helm Eleanor Hooker, crew Owen Cavanagh, Steve Smyth and Joe O’Donoghue on board. The winds were west south-west, Force 3. Visibility was good.

The lifeboat arrived on scene ay 6.09pm. The lifeboat stood off and observed the aspect and movement of the cruiser, which was aground on a shoal south of the Corragheen Islands. With an RNLI volunteer taking soundings, the lifeboat made a cautious approach to the casualty vessel. Once alongside, crew established that all on board were safe and unhurt and wearing their lifejackets.

A lifeboat volunteer transferred across the casualty and checked that the vessel was not holed or damaged.

The helm assessed the situation and decided that the safest course of action would be to take the cruiser off the shoal and out into clear water.

Once in safe water, the RNLI volunteer on board the casualty vessel checked steering and drives, and when he was satisfied they were in good working order, remained on board as the cruiser made way under its own power to Dromineer Harbour, the nearest safe harbour.

At 6.37pm, after the cruiser was safely tied alongside in Dromineer Harbour, the lifeboat departed the scene and returned to Station.

Catherine Gleeson, deputy launching authority at Lough Derg RNLI, advises water users to "enjoy Lough Derg and remember to stay within the navigation routes as there are sudden shallows and shoals close to islands and unmarked shores".