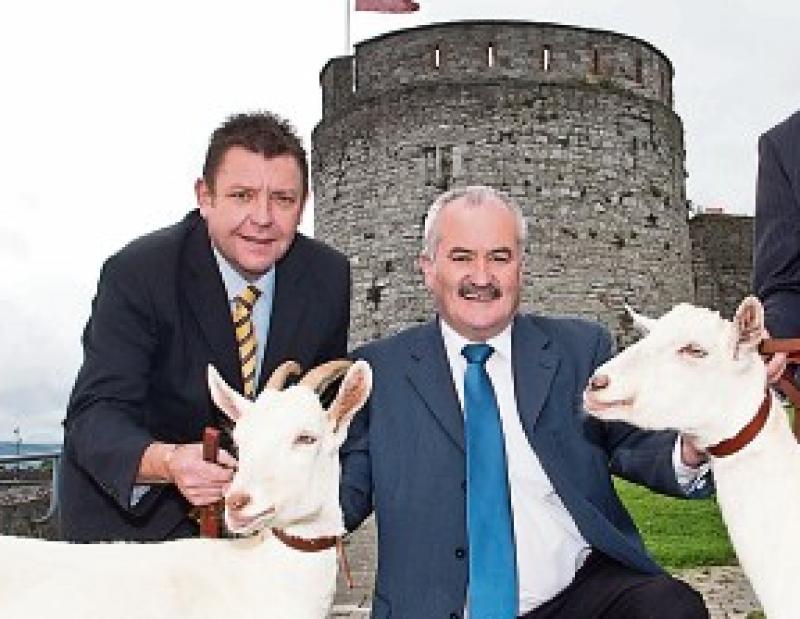 The Limerick-based charity Bothar wants to join the estate of its late founder Peter Ireton as a co-defendant to High Court proceedings it has taken against its former CEO David Moloney.

Earlier this year Bothar, whose activities include aiding poor farmers in developing nations through donations of livestock, launched proceedings against David Moloney who, they claim, misappropriated the charity's monies for his own use.

As part of its action, where it seeks to recoup the monies taken, Bothar also secured freezing orders preventing the former CEO from reducing his assets below a value of €1.1m.

Mr Moloney of Clino, Newport, County Tipperary, the court has heard, has admitted misappropriating large amounts of monies donated to the charity for his personal use.

In a sworn statement to the court, he said he spent the cash on things including family holidays, on his friends, but never lodged the monies in the bank nor kept any of the cash taken.

He also claims that much of what was misappropriated was paid to others, including to Peter Ireton, who died in April following what has been described as a personal tragedy at his home in Castletroy.
His death came days after Bothar's High Court action against Mr Moloney began.

When the matter returned before Mr Justice Senan Allen last week, Frank Crean, BL for Bothar, said that arising out of further investigations his client was seeking to formally add the estate of the late Mr Ireton as a co-defendant to its action.

However, counsel said it had not been possible to formally bring the motion before last week's sitting of the court, but it can be heard at a later date.

After considering the matter Mr Justice Allen indicated that the motion can be heard in October, after the courts return from their summer recess.

The court also agreed to defer any decision formally making Mr Moloney's wife Olive, against whom no allegations of wrong doing have been made by Bothar, as a notice party to the proceedings.

Previously the court heard that Mr Moloney, who represents himself in the proceedings, said he was deeply sorry, embarrassed and appalled for the damage he has caused.

The admissions came after Bothar secured a High Court injunction freezing the assets of Mr Moloney, who resigned from his position as the organisation's CEO in February.

The defendant worked with Bothar since 1995, and was its CEO for eight years.

The charity claims in its proceedings that an on-going investigation into his conduct has revealed that he is “guilty of an egregious breach of trust and an appalling dereliction of his duty to Bothar and the beneficiaries of its charitable objects.”

The charity's board previously told the court that it had decided to suspend its fund-raising activities after its discovered that large amounts of money had been misappropriated.