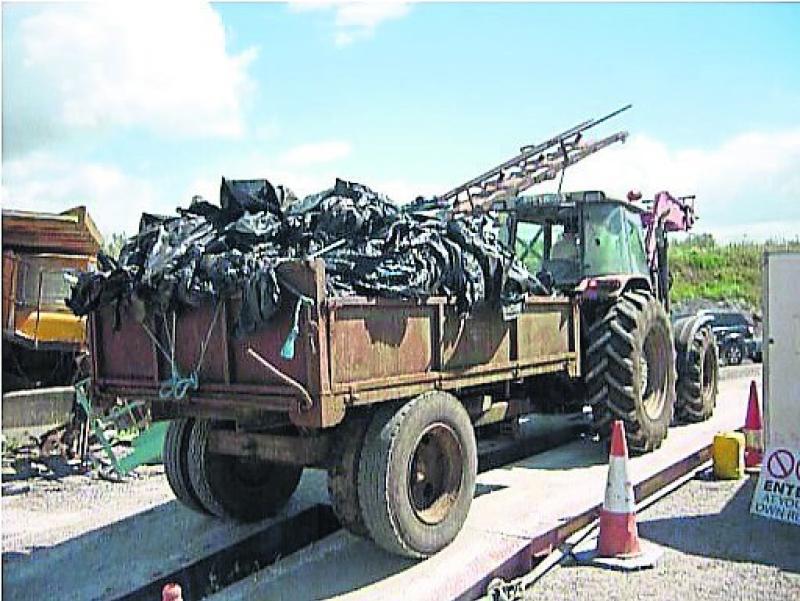 Farm plastics: Deputy Martin Browne raised concerns in the Dáil around how farm plastics are collected and stored

Tipperary Sinn Féin TD Martin Browne has raised concerns about the amount of plastic waste being collected and stored from farms following a meeting of the Joint Committee on Agriculture.

He said that it was far from clear whether the farm plastics collection system was an equitable way of collecting waste plastic.

The meeting heard varying accounts of how much plastic was being actually being stored without being recycled.

“We heard a claim from the Irish Farm Films Producers Group (IFFPG) that 1,000 tonnes of plastic is being stored at a company which was formerly contracted to them before it went into liquidation. However, the operator of that company later claimed that the figure is more in the region of 6,000 tonnes,” he said.

The Cashel TD also said that they heard how the company that went into liquidation did so after a change in the classification of green and amber waste came into effect and that company could no longer afford the bond to export amber waste.

“This indicates two things: that the collection system is potentially leaving more plastic stored across the country than we are aware of; and that sudden changes in classification types can spell the end for some operators,” he said.

Deputy Browne said that the system also seemed inequitable, insofar as farmers were paying at both ends of the process - when they purchase farm plastics and when those plastics were presented for collection and recovery - yet IFFPG was set a recovery target of just 70%, but received 100% of the levy.

“The Department needs to take another look at this system, which can see services crumble when regulations change, burden farmers disproportionately, and still leaves too much waste unrecycled,” he said.