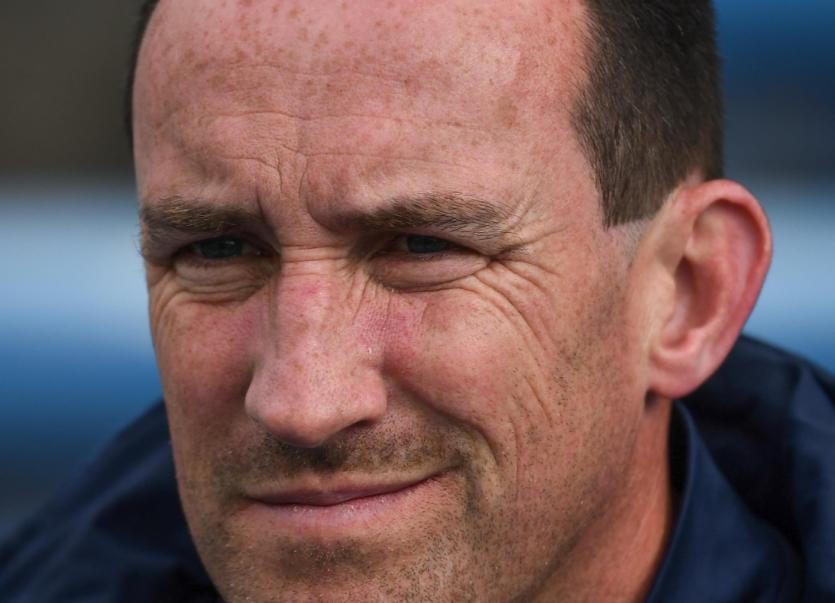 Cork regained the Eirgrid Munster Under 20 football championship with victory over Tipperary at Semple Stadium this evening, the Rebels running out deserving 10 points winners in the end.

Buoyed by their thrilling semi-final win over reigning champions Kerry a week ago, Cork were expected to triumph and in the end they did, having too much class, physical presence and experience for a brave Tipperary side who, to their credit, never gave up the ghost and battled to the end.

Seven points up at the interval, 1-13 to 2-3, Cork kicked on again after the break scoring 1-2 inside six minutes to stretch that advantage to 12 points, their second goal a superb solo by half-time sub Sean McDonnell.

But credit to Tipperary they never threw in the towel even at being 12 down, and two points in a row from Emmet Butler and Kevin Grogan in the 40th and 41st minutes stopped the rot, Tipp not having scored since the 19th minute.

They rattled Cork once again soon afterwards with their third goal of the evening when Sean O’Connor had his second green flag, played in by a pass from Ben Comerford, the Commercials player finishing superbly low to the net.

Back to a seven points deficit again - but only for a minute or so - the Cork full-forward line combining again with Colin Walsh ramming home their third goal in the 45th minute to instantly dispel any notions Tipperary might have entertained.

The Cork advantage was back to 10 points now, the margin it would be at the end, both sides hitting five points apiece over the closing quarter or so. Those late Tipp scores came from two Cathal Deely points, along with others from Ryan Walsh and a pair of frees from captain Sean O’Connor.

But Cork were in complete control at all stages - except for an amazing spell from Tipp between the sixth and 10th minutes. Cork have some excellent emerging talent, none more so that David Buckley who finished the evening with a personal tally of 10 points in a lethal full forward line that bagged 1-16 over the hour. The physical size and pace, added to no little skill, gives the Leesiders a right shout of winning the All-Ireland now.

In defeat there is still plenty for Tipperary to take from this campaign. Welcome wins over Limerick and Waterford have stemmed a worrying tide for Tipperary underage football, and a return to a provincial final at this age group, their first since the 2015 victory, is also a plus. Scoring 3-10 against Cork indicates that Paddy Christie and David Power have some new talent emerging also, and while the county will be disappointed with the result tonight, the team can hold their heads high for a fine display even in defeat.

An haul of 1-5 without reply for Cork in the closing 10 minutes of the opening half put a look on the scoreline that a brave Tipperary effort scarcely deserved after a battling first half from Paddy Christie’s side.

Tipperary had taken the game to the red hot favourites and two goals inside the opening 10 minutes from Sean O’Connor and Jamie Holloway had the Premier County leading 2-1 to 0-4 and very much in with a shout.

Cork had started in a hurry with three points inside four minutes but Tipperary responded with a well worked goal in the sixth minute following a move involving Ben Comerford and Kevin Grogan before captain Sean O’Connor finished superbly.

Four minutes later a similar move through the middle involving Conor Cadell, Ben Comerford and Ryan Walsh was clinically finished by Jamie Holloway and Tipp had Cork stunned. In between Ryan Walsh had a sweet point.

But Cork, to their credit, didn’t panic and tipped away at the deficit and were level by the 22nd minute with David Buckley at corner forward proving a thorn in the side of the Tipperary defenders - he was to finish the opening half with six points, including four from play.

Cork had gone two ahead before they got the goal they were always threatening. A poor kick out that went out over the sideline was quickly recycled and a one-two involving Diarmaid Phelan and Dara Dorgan sent the roving full-back Phelan through the middle. The Tipperary defenders backed away and Phelan kept going to blast the goal that put his side 1-11 to 2-3 clear and well on the way.

Two late points for the visitors gave them a seven points interval lead, worryingly Tipp had not scored since the 19th minute with the second of Kevin Grogan’s long range frees.

It did not look good for the interval and so it turned out in the end. But even in defeat there were some good displays from Tipperary with Sean O'Connor taking his goals superbly, and the likes of Cathal Deely, Kevin Grogan, Emmet Butler, Conor Cadell, Ryan Walsh and Jamie Holloway also having their moments. The full-back line came up against a powerful Cork front line, David Buckley looking exceptional, but still they put in a hard-working shift and Sean Daly and Tadhg Condon got through an amount of work over the hour.