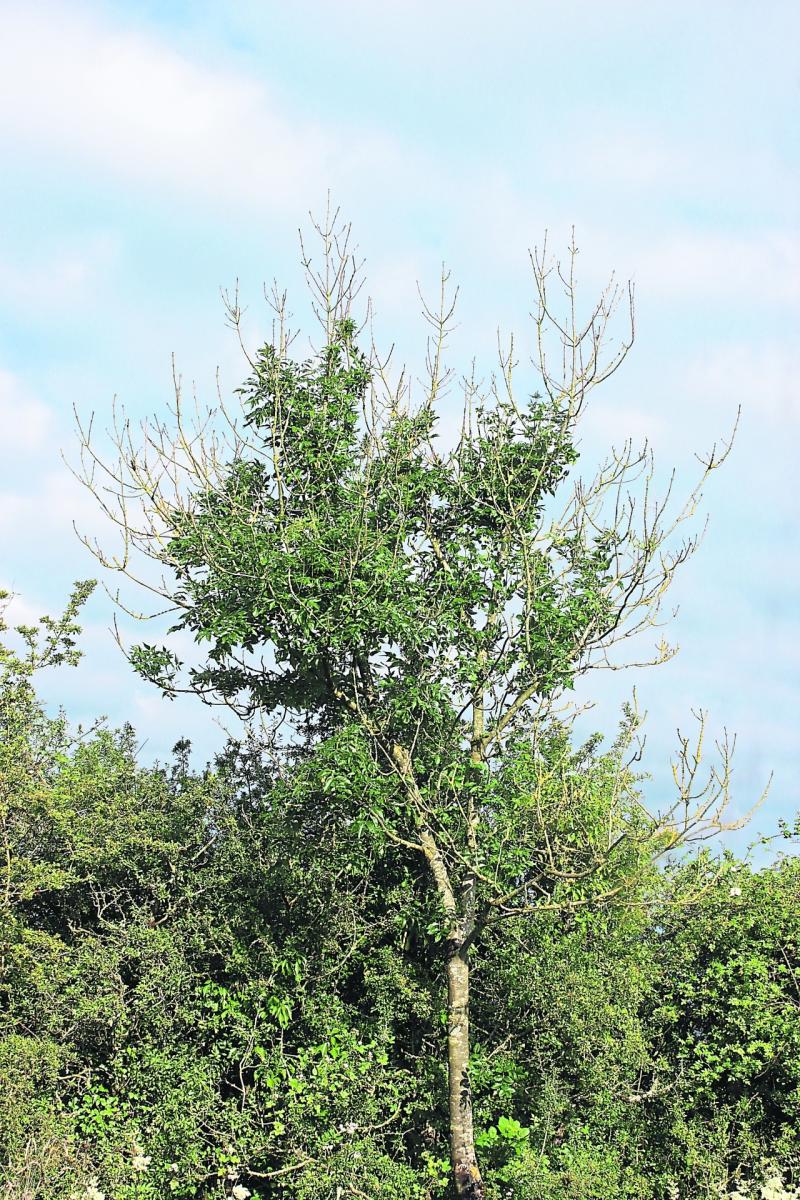 “The Ash tree is noted for its strong and flexible timber, the delicacy of its leaves and new growth. It has associations with fertility and healing through its symbolic link with water. Indeed, the impressive site of a tall mature Ash tree is a symbol of the well-being of the land itself”.
These are the opening lines in the chapter about the Ash tree from Niall Mac Coitir’s book Irish Trees: Myths, Legends & Folklore. They sum up the strength and importance of the Ash tree in the Irish landscape.

The Ash is very easily recognised with its grey bark and hard black buds in spring. In the autumn it produces seeds which are known as bunches of keys which are a favourite food of the Bullfinch.
When the tree is young the bark is smooth and grey but an old tree has a bark which is deeply fissured. Our ancestors recognised the fine qualities of the mighty Ash and rightly considered it one of the ‘Nobles of the Wood’.

The Ash is used in hurleys because the wood is both strong and flexible. This comes from its two-part annual rings, made up of dense wood grown in the summer, giving strength, and more loosely structured spring growth contributing the suppleness.

When two powerful athletes pull on the ball with all their strength, it’s amazing the punishment that the hurley can withstand in the clash of the ash. High speed photography shows just how much the hurley can bend without breaking.

Ash trees prefer to grow in base-rich soils on limestone. These soils are common across the centre of Ireland, from Clare and South Galway to Offaly, Kilkenny, Tipperary and Cork to Wexford. It’s no accident that these are the traditional hurling counties.

At the northern end of Cabragh Wetlands, there is an area of slightly higher ground where Ash trees grow. They are showing signs of Ash Dieback Disease.

Ash dieback, caused by a fungus called Hymenoscyphus fraxineus, is developing rapidly across the island of Ireland.

The first confirmed finding of the disease in Ireland was made in 2012 at an Ash plantation in Co. Leitrim which had been planted in 2009 with trees imported from continental Europe.
The fungus attacks the vessels that draw nutrients up into the leaves. The leaves fall away from the uppermost branches and the growth of leaves on the rest of the tree looks patchy. The tree slowly dies. When you recognise this, you will start to see it everywhere.