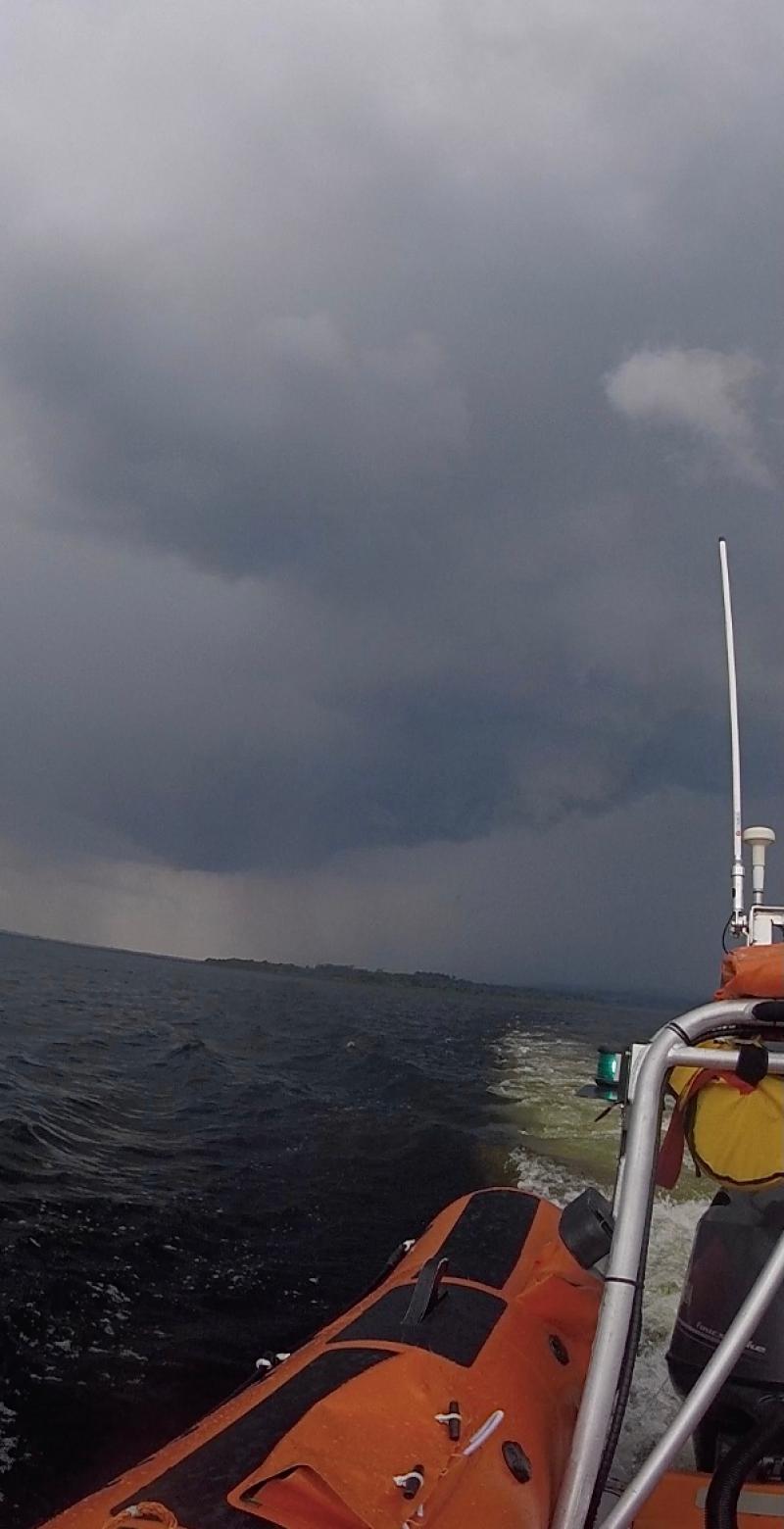 Lough Derg RNLI was launched on Friday in back-to-back calls to vessels suffering engine failure during a thunderstorm overhead the lake.

The lake developed a moderate chop as a thunderstorm gathered force directly above. The wind was Force 2 east-southeast when the lifeboat launched, quickly strengthening to Force 4, east-northeast as the lifeboat arrived at the casualty vessel. Visibility was initially good, then reducing slightly with a darkening sky and rainfall.

At 3:06pm the lifeboat came alongside the casualty vessel, which was located southwest of Illaunmore and close to the County Clare shore.

Both people on board were safe and well and wearing their lifejackets.

An RNLI volunteer was transferred across to the cruiser to assess the situation but could not determine a cause for the engine failure.

Given the deteriorating weather conditions with frequent forked lightning, the RNLI helm decided that the safest course of action was to take the cruiser and her passengers, with the RNLI crew member remaining on board, to Dromaan Harbour, the closest safe harbour.

The crew set up an alongside tow and the helm warned crew and the casualties not to hold on to any metal fittings on either boat.

At 3.44pm the casualty vessel was safely tied alongside in Dromaan Harbour. The lifeboat departed the scene and arrived back at station at 4pm.

At 4.11pm, just as the crew had completed washing down and refuelling the lifeboat, their pagers sounded again.

Valentia Coast Guard requested the lifeboat to go to the assistance of four people on a 38ft cruiser that had also suffered engine with the arrival of the thunderstorm.

The cruiser was reported to be located just north of Illaunmore at navigation Mark D.

At 4.15pm the lifeboat launched, with helm Keith Brennan, crew Eleanor Hooker and Joe O’Donoghue on board.

On arrival at Navigation Mark D, there were five cruisers in the vicinity, none of which matched the description of the casualty vessel.

Valentia Coast Guard informed the lifeboat that the casualty vessel had regained full power and was making way north at 20knots. The lifeboat was stood down and was back at Station at 4.38pm.

Liam Maloney, deputy launching authority at Lough Derg RNLI, advises water users to "check the weather forecast for inland lakes and let others know when you anticipate arriving at your destination".