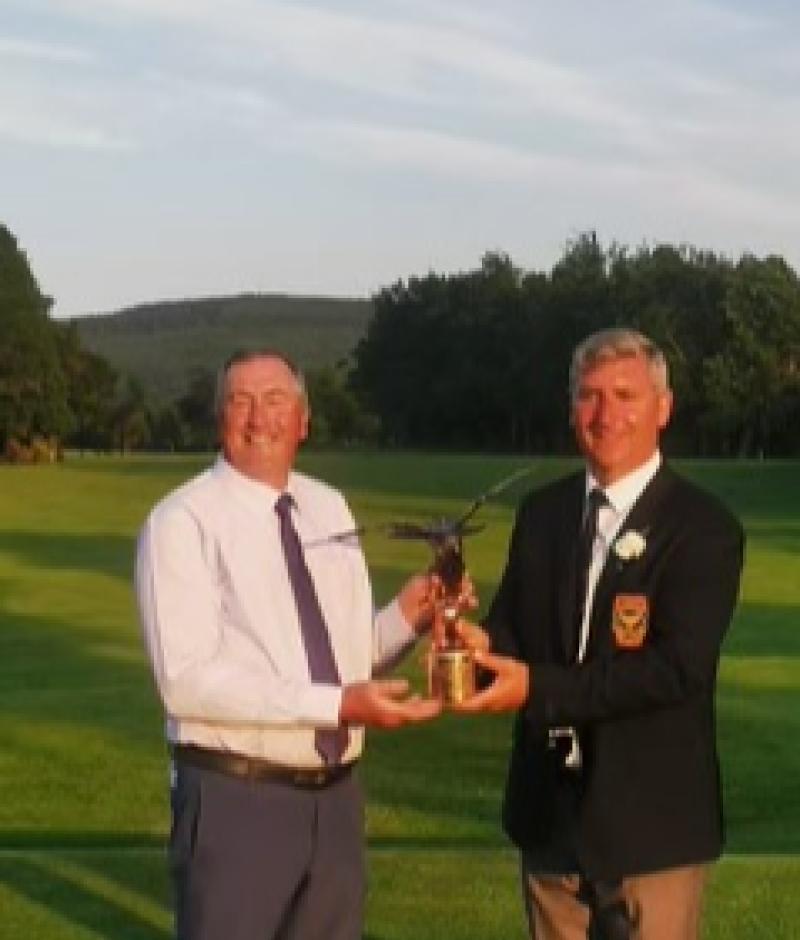 TIPPERARY GOLF CLUB CAPTAIN’S PRIZE
On Saturday and Sunday, July 15 and 16, the qualifying rounds of Captain Tony O’Sullivan’s Captains Prize were held with 32 qualifiers to progress to a playoff on Saturday last, July 23
We were delighted to have a large field of over 200 competitors on the qualifly days which were played in blistering conditions and the scoring matched to conditions.
Luke Leonard was the leading qualifier with a nett score of 65 and remarkably only seven shots separated the leader from the chasing bunch, so it was all to play for last Saturday. The weather was again Mediterranean and the result was in the balance until the final group completing their final hole. The prize went to Pat Creamer (9) on a score of 138 (on back 18), with the popular Cappamore man winning his second Captains Prize. One shot separated the top seven in a highly competitive event.
Congratulations to our Captain, Tony O’Sullivan on a hugely successful week’s golf. There was no stone left unturned in the preparation for the competition and a magnificent Prize to the winner and runners up. Tony has brought great energy and enthusiasm to his role of Captain of Tipperary Golf Club and there is no doubt that this will continue to the end of his tenure as captain.
Great credit is due to Eddie Ryan and his staff and well as the volunteers who presented the course in immaculate and testing condition, despite the heatwave weather conditions. Thank you to all to all who played their part.