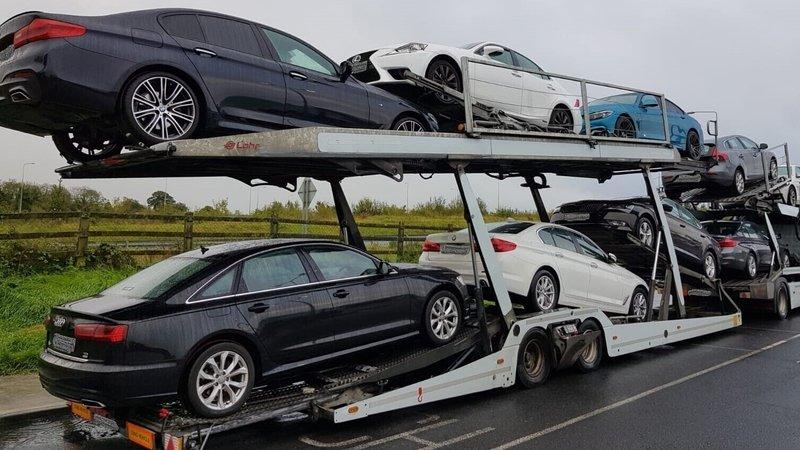 The High Court has ruled that the assets of Tipperary car dealership that were seized by the Criminal Assets Bureau were acquired in whole of at least in substantial part with or in connection with property that, directly or indirectly constitutes proceeds of crime.

CAB seized 84 cars from the yard run by Autology at Unit 1, Ballywilliam, Carrigatogher, Nenagh, and at other locations last September 20. A total of 89 cars were seized in three raids that day - Carrigatoher, a house outside Portroe, Nenagh, and in Killaloe, County Clare. Five of the vehicles were handed back to their owners.

CAB had claimed that a credit balance of over €153,000 in an account at Bank of Ireland in Tralee,
County Kerry, and 84 motor vehicles and a trailer seized from a motor dealer yard in Carrigatogher and at other locations constitute, directly or indirectly, proceeds of crime, or were acquired, in whole or in part, with or in connection with property which constituted proceeds of crime.

The court ruled that the vehicles included BMWs, Land Rovers, Scodas, Audis and Volvos, proved to be under control of Agne Khan, originally from Lithuania but now living in the UK, and Autology.

Agne Khan is listed as the 100% shareholder of the company and controlled its bank account along with her brother-in-law Jawad Khan. His wife, Simona, was company secretary; Agne is married to Khuram Khan.

The vehicles seized have been sold by CAB.

The High Court found that there was cogent evidence that the Khans and their associates were involved in "complicated mandate frauds", the proceeds of which were used to fund businesses in Ireland and England.

Mr Justice Alexander Owens said the proceeds of fraud were laundered into businesses to buy cars from British auctions which were then sold through second-hand car dealers controlled by the Khans in England and Ireland.

In 10 linked frauds investigated by West Midlands Police over £1.3m was stolen, while another £900,000 was stolen in another series of frauds involving the National Health Service.

West Midlands Police also seized 90 cars in the UK in conjunction with the CAB raids in Ireland.

The company began operating in used cars under the name Autopace in May 2019 and opened the bank account in Tralee.

The commercial unit it traded out of in Ballywilliam is owned by another Khan-controlled company.

SJK previously traded as a car dealer from the same premises and sold vehicles sourced by the Khans and their associates in England.

It ceased trading in December 2018 after the Revenue Commissioners found tax irregularities.

The High Court found the Khans walked away from SJK taking with them trading proceeds and leaving behind revenue liabilities of €623,000.

Money, it said, was sent by "a roundabout route" using accounts of friends and relations of the Khans. It was used to buy cars. Money then came back into Ireland into accounts associated with the Khan-controlled businesses here and was withdrawn.

The High Court found that the frauds netted the Khans over £3.5m.

Khuram Khan was convicted in England of mortgage fraud offences involving almost £8m while Agne Khan was also involved and was sentenced to 18 months in prison but fled England in 2009, returning five years later.

The Khans now live in the UK.