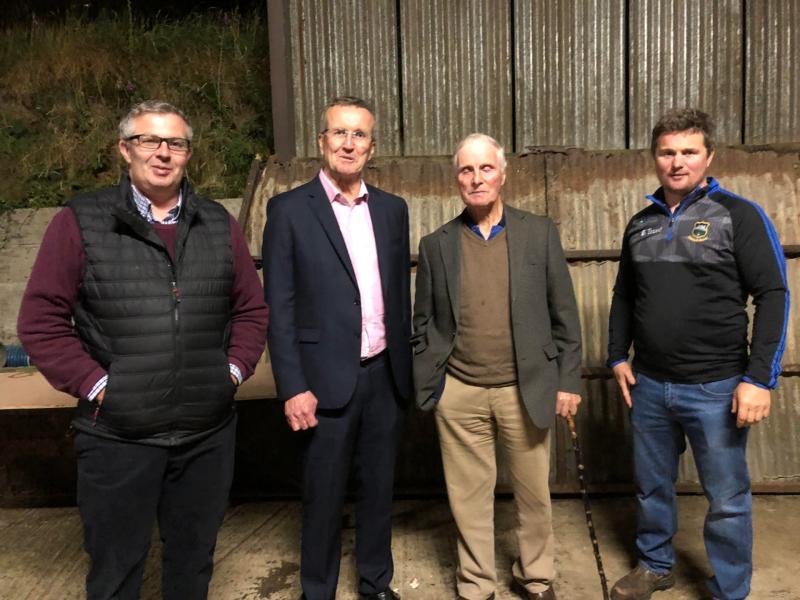 The national farmer protest march of 1966 was recalled at the Upperchurch / Drombane IFA branch agm when branch member Seamus Ryan, who walked to Dublin in the fight for farmer rights, met IFA president Tim Cullinan.

The march was led by then National Farmers Asociation (now the IFA) president Rickard Deasy, from Carrigahorrig, Lorrha.

Mr Deasy, who died in 1999 aged 83, led farmers from Bantry to Dublin on a march that eventually reached 30,000 walkers by the time it reached the Department of Agriculture after 11 days on the road and where 25 farm leaders staged a sit down protest for 20 days.

In what was almost a mirror of the challenges facing farmers today, at the time, cattle prices had collapsed, rates were rising, a survey showed that weekly earnings were less than £5, and rainfall was 25 per cent higher than normal and there was a fodder crisis.

The campaign eventually won formal negotiating rights for farmers with the Government.