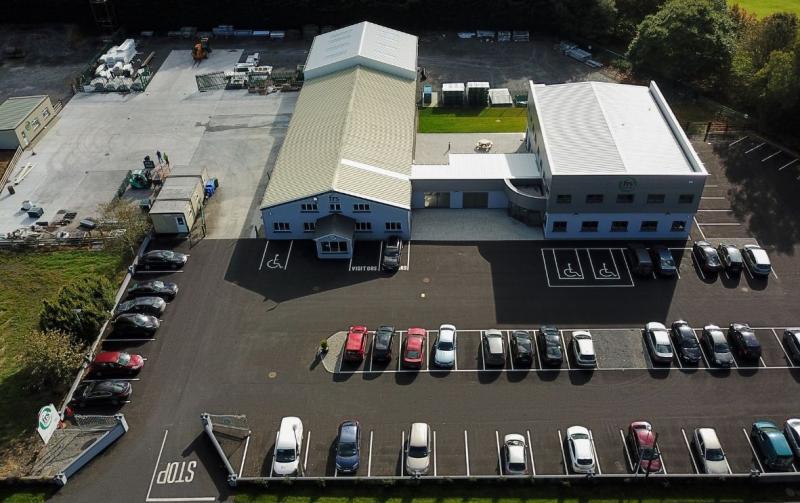 According to recent CSO statistics, over 164,000 people are employed in the agri-food sector.

This figure makes up over 7% of the national work force. Beef and milk production are two of the most important farming sectors in Ireland with approximately 90,000 farm holdings specialising in these areas.

Of these farms, many will rely on agricultural co-ops to continue to grow their business.

Co-ops are user-owned and user-controlled businesses, from which benefits are derived and distributed equitably based on use.

However, the study also found that while many young farmers trade and engage with co-operatives, they are not shareholders and are not actively involved in the running of them (not serving on boards or committees).

Becoming involved in the running of their co-op is a great way for young farmers to have an active say in the future of the way they farm.

It allows them to expand their network, knowledge of the industry and support initiatives that resonates with them.

It can also enhance the way they farm / run their business.

There also appears to be a slow rate of transfer of shares in agricultural co-operatives to young farmers and more shares are being transferred to / inherited by non-farmers.

Yet, 55% of participants saw a benefit or possible benefit to be a shareholder in a co-operative with which they traded / engaged with.

The main reason identified by respondents for the delay in the transfer of co-operative shares to younger farmers was that the value of shares provided a level of financial security to the older generation.

Some 14.4% thought that it was due to a fear of potential family arguments resulting from the transfer of shares that was causing a delay in transfer.

No interest in transferring shares, perception of the transfer process being complicated, young farmers not being interested in shares and shares forgotten about were other important factors.

Depending on the type of co-op that would suit the farm, there are several benefits that should encourage farmers to become more involved in their local cooperative.

Firstly, key shareholders have a vote and an opportunity to influence decisions giving a sense of ownership and a vested interest.

Some co-op shareholders can avail of bonus payments/schemes and bonus shares etc and allows discounts on purchases.

It is also a platform for farmers to get access to information and advice. In some cases, farmers can gain access to additional services such as soil testing or silage testing. Lastly, being a shareholder could increase net worth of the farmer as the shares appreciate over time.

Without an opportunity to exercise their voice, younger farmers lose interest in co-operatives.

If there are shares to be transferred within a family farm, now may be the right time to start the conversation.

If a farmer is interested in purchasing shares, be aware that the process is different for each co-op.

Some co-ops manage their shares internally, while others using an external company. These are all issues which can be addressed with information, advice, and support. For young farmers who would like to find out more about purchasing shares, contact the co-op directly.

NCFRS has over 5,500 shareholders across Ireland. Are you one of these shareholders? Remember, to become involved on board of a cooperative you must firstly be a shareholder and in most cases be actively trading with that cooperative.

To access the FRS survey report mentioned above visit: www.frsfarmreliefservices.ie/attitudes-of-young-farmers-to-co-ops-frs-research