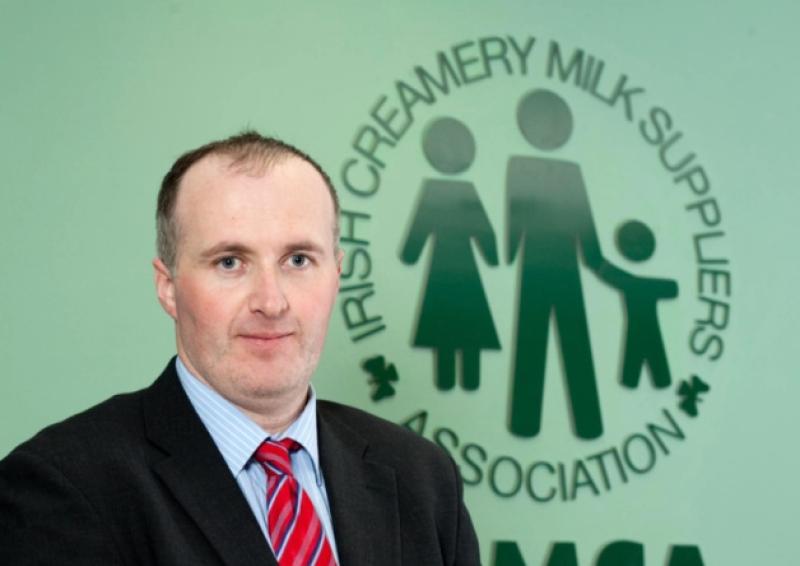 ICMSA president Pat McCormack: ‘Our Governments seem afraid to break the news that we are all - including the consumer - going to have to pay the real costs involved’

The launch of Food Vision 2030 - A World Leader in Sustainable Food Systems has been given a guarded welcome by ICMSA president Pat McCormack.

The programme is the agri-food sector’s roadmap for the decade.

Mr McCormack said there needed to be early delivery on the economic sustainability of food production.

The ambitions contained in the document were both notable and achievable, said the Tipperary Town farmer, and there was no doubt that export values could be grown to the ambitious levels set out in the plan.

But Mr McCormack said that the strategy was crippled by our official inability or unwillingness to actually state categorically to the public that food prices must and will increase as part of that drive to become more sustainable.

Mr McCormack said that the silence on this completely self-evident aspect of sustainability had now become deafening and increasingly farmers were asking why senior ministers and spokespersons seemed incapable of spelling out this part of the sustainability sequence.

He said that we had heard it again during an interview with Minister for Agriculture Charlie McConalogue on RTE’s Morning Ireland when the question of costs was raised.

“Instead of just answering that the costs of the transition to greater sustainability will have to be borne by all the links in the food-supply chain including the consumer, we got another dissembling reply that reinforces the myth out there that, somehow, all the costs associated with this historic shift are going to be magically absorbed by the farmer and producers,” said Mr McCormack.

Describing the unwillingness to address this absolutely fundamental aspect of the issue as “both worrying and mystifying”, Mr McCormack went on to say that farmers were entitled to conclude that the Government seemed nervous and afraid to tell consumers that the transition will involve a considerable degree of food price inflation as both the real economic and environmental costs of our food are factored-in.

“The journey we are already on towards a more sustainable model of farming and food production has dominated the debate to the exclusion of practically everything else for certainly the last five years.

“In that whole period, we have still yet to hear a senior Government figure actually tell the Irish public that the first step towards integrating Sustainable Food Systems with the new climate realities is going to be ensuring that people pay the real price of the food they consume - both economic and environmental,” he said.

Mr McCormack said that far from doing that, we still seemed trapped in the broken model that allowed retail corporations to sell food at prices that were below the costs of production.

“Witness the advice given to the Government just days ago by the Competition and Consumer Protection Commission not to introduce a ban on below-cost selling, said Mr McCormack.

He said that there was a fundamental and disqualifying incoherence at the heart of Ireland’s drive to greater food and climate sustainability.

“We want to get there but our Governments seem afraid to break the news that we are all - including the consumer - going to have to pay the real costs involved,” he said.

The ICMSA president maintained that this lack of clarity was going to undermine that intent and ambition of strategies like Food Vision 2030.

“It’s actually just delaying a very necessary conversation we as a society need to have about what we all need to do going forward - not just the farmers, not just the co-ops and not just the regulatory agencies, but actually the consuming public as well,” said Mr McCormack