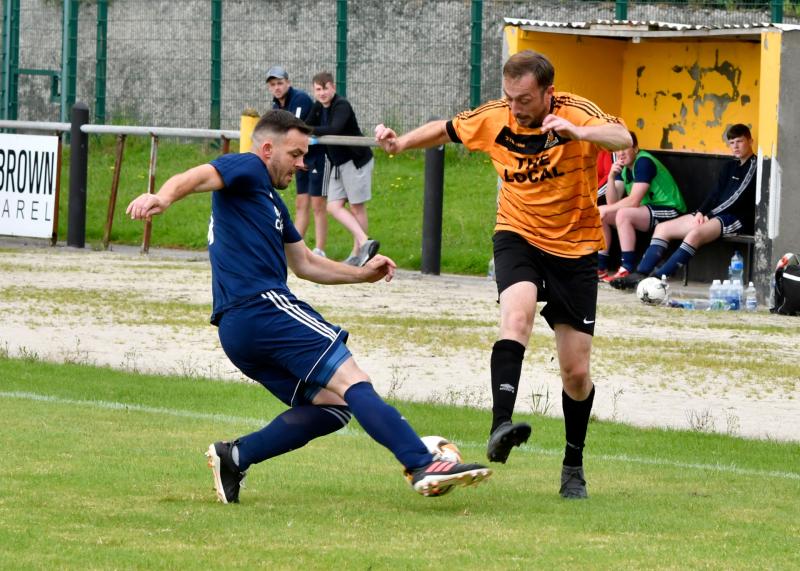 Two Mile Borris 0 – 4 Peake Villa
Two Mile Borris got their new Premier League campaign up and running in Newhill on Sunday morning, but they were unlucky enough to have to begin against a Peake Villa side who are bang in form and eager to make a real impression in this year’s title race.
The game started evenly enough with both sides creating half chances early on. However the Thurles side soon began to dominate and they were good value for the opening goal when in the 29th minute Ronan Maguire found the in-form Pippy Carroll inside the Borris area and he made no mistake from ten yards out.
That was the only goal in an entertaining first half, but the second period began with Villa determined to stamp real authority on proceedings and they doubled their lead five minutes in when they forced a mistake in the home defence and Maguire punished it mercilessly. This gave the visitors a platform and within twelve minutes they added two more goals through Brian McKevitt and Keith Cahill as they threatened to run riot.

Glengoole United 0 – 1 Cashel Town
This was an important game for both sides, with the home team looking to build on their good start to the season the previous weekend, and Town trying to put some points on the board after their promotion from the First Division. That made for an edgy start and a very even first half, with the home side creating most of the chances that were on offer. That said, Cashel’s David Slattery came closest with a header from a corner just after the midway point, but in the end the teams went to the break scoreless.
The second period was more of the same, although the visitors began to come more into the game as the half wore on. They were dangerous from set plays, and almost took the lead when Gavin Browne shot over the bar from close range after a dangerous ball into the home area. With time running out both teams threw caution to the wind in search of the three points, and this eventually was settled when Cashel’s hot shot striker James Harding was taken down in the penalty box, and he stood up to crash the resultant spot kick home.
The home side pushed for an equaliser and thought they had it when they had the ball in the net but it was ruled out due to a foul. Despite further efforts from Paul Webster and Jamie Carey in the final minutes Town held out for the win and the three precious points.

Vee Rovers 0 – 5 St Michael’s
League champions St Michael’s got their campaign off to a good start on Sunday afternoon when they outclassed a young Vee Rovers side in Clogheen, to serve notice that they will be hard pushed to be toppled from the summit of the TSDL once again this season. The home side were only settling into this game when the Saints struck after only three minutes through David Slattery. But they regrouped well and were playing some nice football without really looking like pulling the deficit back.
The visitors then did what they are so good at and hit Rovers with a sucker punch two minutes before the break to double their lead through a Colin Bargary strike. An Edmond O’Dwyer free kick ten minutes into the second half made it three and effectively ended the game as a contest before two late goals from the Saints via the usual sources of Joey Mulcahy and Jimmy Carr put a shine on the scoreline. 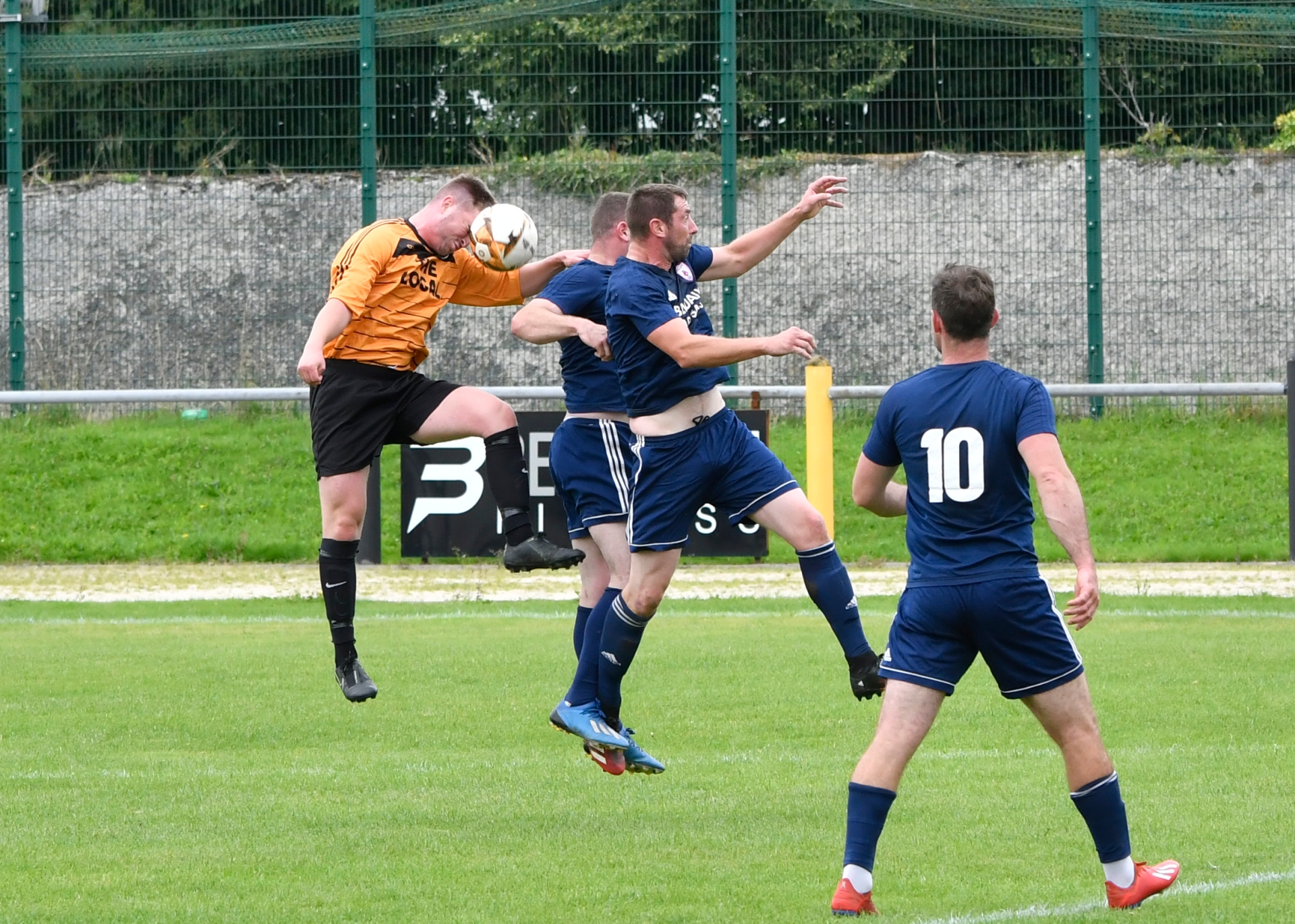 Clonmel Town's Jack O'Donnell gets his head to the cross despite the attentions of Bansha Celtic's Niall O'Dwyer and Bernard Fitzgerald during Sunday's Premier League clash at Clonmel.

Clonmel Town 4 – 0 Bansha Celtic
Clonmel Town continued their good start to the season when they ran out were comfortable winners against Bansha Celtic at the Dr Pat O’Callaghan Sports Complex on Sunday last.
Two early goals from Alan O’Donnell settled the home side but despite dominating possession in the first half they couldn’t add to their goal tally against an otherwise resolute visiting defence.
Bansha never really threatened the Town goal in the second half but were more competitive and organised for large periods. However, as bodies began to tire, Town opened them up again and got a third through Jake French Davies fifteen minutes from the end, ensuring the points stayed with the home side.
Town eventually added a fourth through Craig Guiry late in injury time to put a real gloss on the final result.