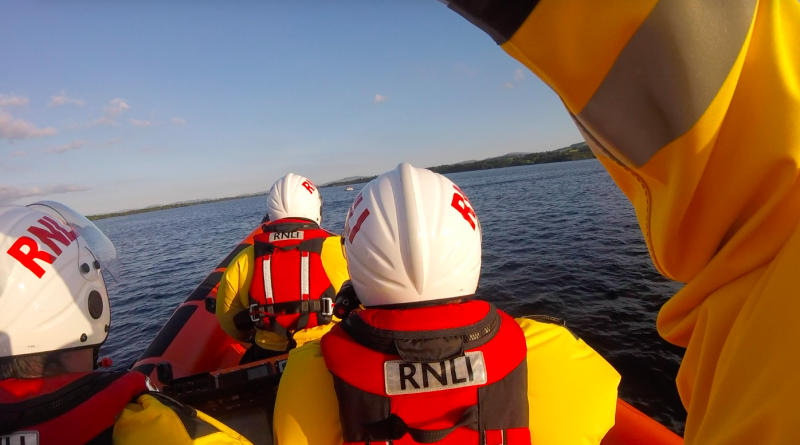 Lough Derg RNLI lifeboat was called out this Tueday evening for the third time in three days.

At 7.05pm the lifeboat Jean Spier launched with helm crew Owen Cavanagh, crew Steve Smyth, Chris Parker and Tom Hayes on board. The lake was calm. Visibility was good. The lifeboat arrived on scene at 7.15pm.

The family of four and their two dogs were safe and unharmed.

Given their proximity to Garrykennedy Harbour, the closest safe harbour, and the hour, the helm decided that the safest option was to set up an astern tow and take the vessel with her passengers and an RNLI volunteer on board, to Garrykennedy, where the boat was tied alongside at 7.45pm.

At 7.50pm lifeboat departed the scene and was back at Station at 8.05pm.