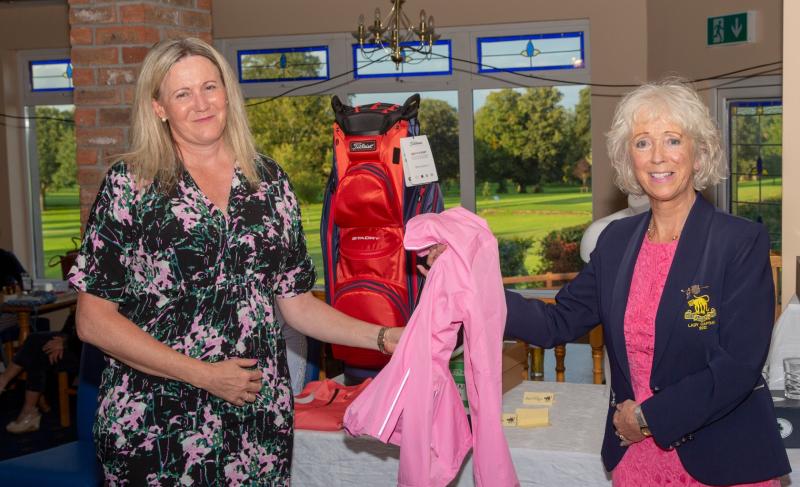 Julie Connolly (22) was a deserving winner of the Ladies Vice Captain’s prize at Cahir Park last weekend with a score of 39 points. She is seen here acceptig her prize from Lady Captain Ger Lyons.

Open Noel Ahearne Memorial Cup
This competition open to Men and Ladies will be played over three days Friday 27 to Sunday, August 29 in memory of very popular young man Noel Ahearne, a great clubman, who unfortunately lost his brave battle with serious illness in early 2020.

Vice Captains' Weekend
Vice Captain Margaret Gill enjoyed huge and well deserved support from Club Ladies for her Prize weekend run over three days jointly with Men's Vice Captain Gary Morrison on Friday 13 to Sunday, August 15. All weather conditions possible were experienced and no Club Member failed to fulfil their tee time in support of Margaret and Gary.
There was great excitement and delight when final scores of Ladies announced and Julie Connolly (H/C 22) had won with 39 pts. The second and third prizes were divided on countback by Mother and Daughter Anne Fitzgerald (H/C 23) and Lisa Blackett (H/C 36), both with 38 Pts. Gross prize went to Caitlin Fitzgerald (H/C 14) 21 pts.
Margaret expressed congratulations to all the prize winners and thanked all Members for their support and for playing on a wonderful weekend. 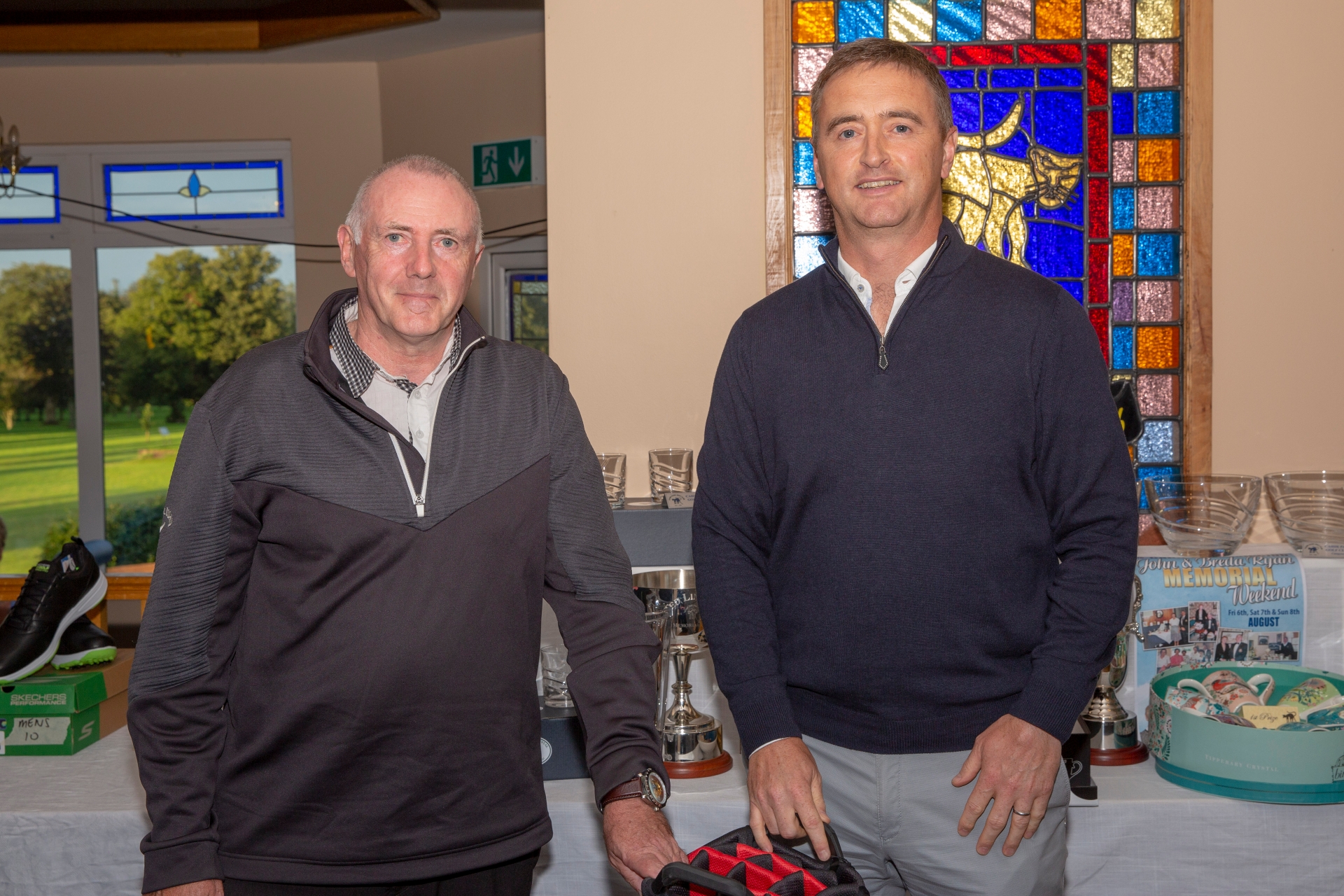 In the mens Paul O’Sullivan won with a 64 nett on a countback. Colm O’Flaherty took second with Jack White recording a 73 to win the gross. Third place went to Tobias Moran with a 65nett.
A special congrats to Colm O’Flaherty and Riobard Broderick who both recorded holes in one on the 3rd and 5th respectively during the Vice Captains weekend.
Men's Vice Captain Gary Morrison concluded with thanking everyone who made it another memorable weekend in the Park.
Lotto
The Lotto Results for Sunday August 22 are as follows: 31, 5, 13, 14. No Jackpot winner this week. Next weeks Jackpot will be €550.
Thank you to everyone for their continued support.

LADIES GOLF NEWS
Ladies Open Hospice Day Champagne Scramble
Lady Captain Ger Lyons and all the ladies of Cahir Park are looking forward to hosting Annual Open Hospice Day in aid of South Tipperary Hospice on Thursday, August 26 and welcoming friends from Clubs far and wide. This year Tee Times for Hospice Day, which is open to Men as well as ladies, have been extended to Wednesday afternoon, August 25 to accommodate those unable to play on Thursday with many thanks to Men's Captain Francis and his team.
The Open Scramble is very kindly sponsored by Noel Flanagan Cahir Carpets and Ned Grant Builders and there are beautiful prizes to be won. There is a Raffle on the day and all support is appreciated for the benefit of South Tipperary Hospice.