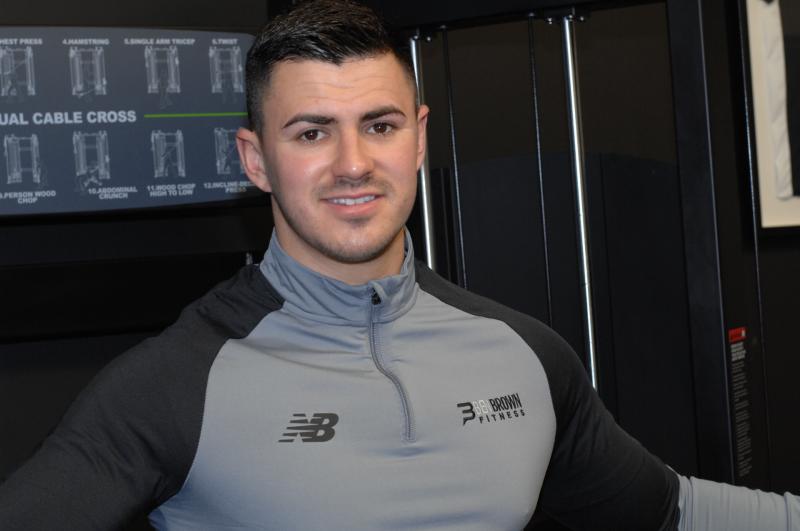 Ben Brown was on the mark for Wilderness Rovers in their 2-2 draw with St Michael's on Sunday last.

Tipperary Town 4 – 2 Cullen Lattin
These games between two near neighbours are always good for the supporters and this one carried on the tradition, with the visitors starting well and opening the scoring early on when Mikey Stokes got in behind the home team’s defence and hit an unstoppable shot with his left foot into the far corner.
A reshuffle in defence seemed to settle the home side, and they were back on level terms when Cathal Ryan picked out Marky Roche, who made no mistake with a header from five yards out midway through the first half.
And five minutes later the home team hit the front when Anthony Harding cut in from the left and let fly from 30 yards to make it 2-1with an unstoppable effort.
The hosts missed a number of chances to add to the lead, and were left to rue this when Cullen hit back again with another top-quality strike. This time it was Jack O’Halloran with a pinpoint effort into the top corner, leaving the sides all square at the break.
The second period began with the hosts missing a number of gilt-edged chances to restore their lead. Stevie Quinn’s cross was rifled into the side netting by Vinny Godfrey in the 60th minute, but they did retake the lead moments later when Jake O’Dwyer got in behind the Cullen defence and was taken down, and captain Michael Ryan (Tadge) made no mistake with the resulting penalty.
Cullen Lattin kept playing their football, which was easy on the eye, and had Tipperary Town pegged back for long periods but the home team always posed a threat in attack.
Marky Roche and Vinny Godfrey both went close in the latter stages. The home side assured themselves of the points with a fourth goal in the final five minutes when Shane Ryan capitalised on a mistake and sweetly finished from distance.
Cullen Lattin still kept going and but for a point- blank save from Eric Higgins would have made it a nervous finish, but the home side held on to take all three points.

Wilderness Rovers 2 – 2 St Michael’s
Wilderness Rovers have had an excellent start to the season and were hoping to extend their winning run against the visiting St Michael’s on Sunday, but disaster struck early when a mix-up in the home defence gave Danny O’Brien the easiest of tasks to roll the ball into an empty net and put the visitors in front.
Rovers regrouped however and started to create chances, but just couldn’t get the ball in the net.
Sean Browne was a constant threat up top and, on another day, could have scored three or four goals, but they still had to rely on goalkeeper Michael O’Reilly to make a brilliant save just before the break to ensure they went in behind by only the minimum.
The home side continued this dominance into the second period and finally got a deserved equaliser when a long ball from Danny Hogan caught out the Michael’s ‘keeper and ended up in the net.
At this stage it looked like there was only going to be one winner, as the Wildies camped in the Saints half, and they took the lead following a scramble from a corner, when Ben Browne made no mistake from a yard out.
Pressing now for a third, they were denied a penalty decision by the slimmest of margins with a foul being deemed to have been just outside the area, and that decision would cost them late on when they switched off from a corner and allowed Richie Ryan to tap in at the back post to make it two apiece, which turned out to be the final score.