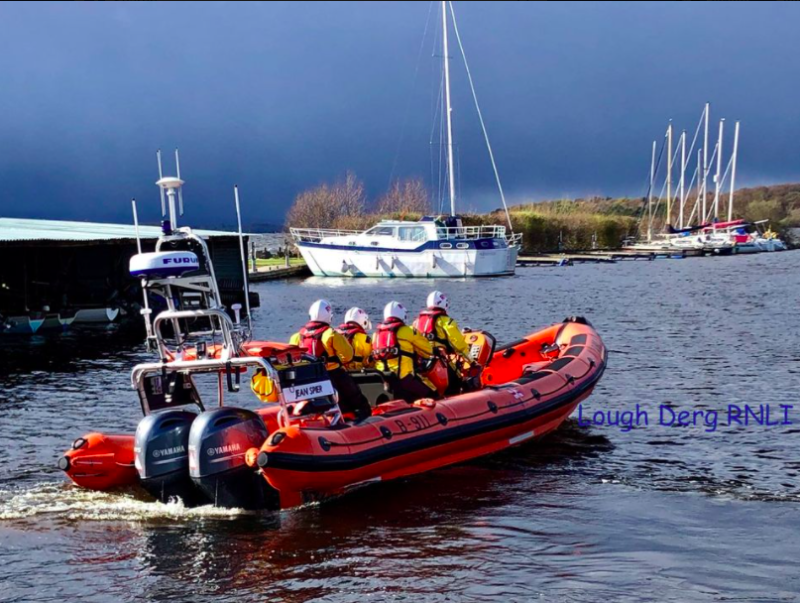 Lough Derg RNLI was called out four times in the past week to assist boaters on the lake and on the River Shannon.

At 9.30pm last Thursday evening while out on exercise, Valentia Coast Guard requested Lough Derg RNLI lifeboat Jean Spier to assist two people on a 12ft fishing boat with engine failure just off the Goat Road, on the eastern shore of Lough Derg

The lifeboat with helm Eleanor Hooker, crew Doireann Kennedy, Tom Hayes and Ciara Lynch on board, immediately diverted from their exercise in Dromineer Bay to assist

It was now nightfall, and with a clear sky and no wind the lake was calm

The RNLI crew plotted a course to the Goat Road and monitored fast moving vessels operating in the area, on RADAR. Valentia Coast Guard informed the lifeboat that they had requested the casualties to uses lights to signal their location as the lifeboat approached.

At 9.49pm as the lifeboat approached the Goat Road, the people on the casualty vessel indicated their position using torches.

The casualty vessel was floating close to a rocky shore south of the Goat Road.

With a RNLI volunteer crew taking soundings off the bow and another monitoring the electronic charts, the lifeboat made a cautious approach to the vessel.

Once alongside the lifeboat found both people on board safe and unharmed and wearing their lifejackets. They reported that their boat had glanced off a rock and suffered engine failure.

Given the hour and the drop in temperature, the helm decided that the safest option was to set up an alongside tow and take the vessel with her passengers to Dromineer, the safest close harbour.

Without sufficient warm clothing, the two people took shelter in the forward cabin of their boat. At 11.18pm the vessel was safely tied alongside in Dromineer.

Peter Kennedy, deputy launching authority at Lough Derg RNLI, advises water users to "study your charts and be prepared. Anticipate a drop in temperature with nightfall."