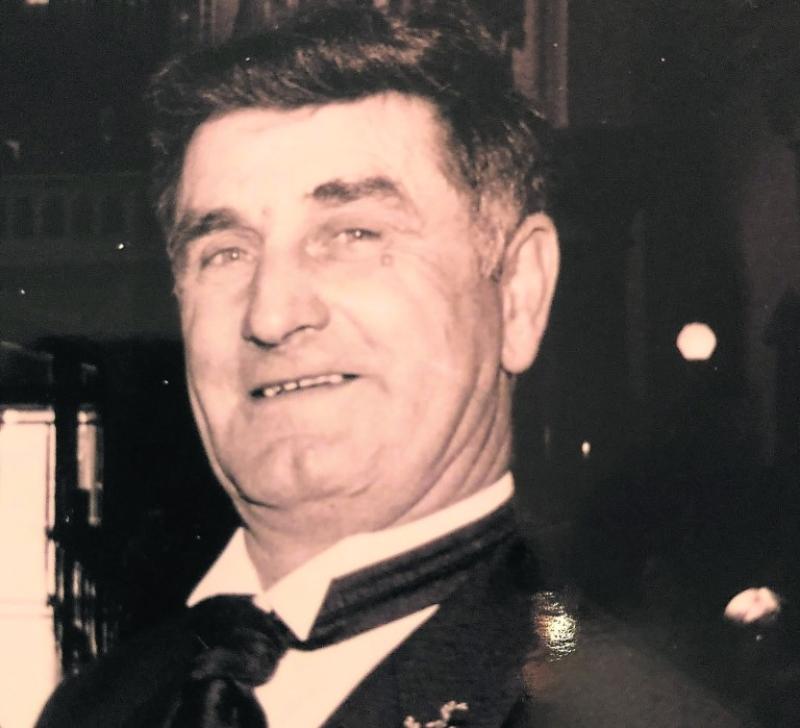 Born and reared in Busherstown, Moneygall, he was the oldest of 16 children of Stephen and Mary (Madie), and was predeceased by his brother Gus and sister Mary (Coughlan).

Of a farming background, Paddy worked at home on leaving school at the age of 12 years. He came to live in Templemore in 1968 where he was employed in a number of local businesses before venturing into the building trade, with his brother Martin who worked with him for a number of years.

He married Winnie in 1969, living in The Mall where Winnie ran a very successful hairdressing salon. Eight years later they moved to live in Church Avenue.

Paddy had a wide circle of friends and was well known in the community for his involvement with various clubs and groups. He was also involved with GAA Clubs, in Moneygall/Clonmore /Templemore winning a number of County Medals over the years.
He also had a huge part to play in the local Athletic Club and was present for the turning of ‘The First Sod’ when the track was first being planned.

When Tops of the Town was up and running back in the 80’s Paddy was on hand providing props, backdrops etc., and when the ‘Youth Tops’ was in progress in the town, practices were held regularly in Paddy’s garage.

Paddy’s love of horses is well known – he achieved success with some of his horses, most notably Cool Oscar and Cool Moss who between them won a number of races.

Paddy’s care for Winnie will always be held in the hearts of his children Patrick, Veronica and Jacqueline during her last years before she died at their home in Church Avenue.

His five grandchildren were the light of his life and they in turn equally loved him. He delighted in attending the various Grandparents Days held in local Primary Schools.

Paddy will be sadly missed by all who knew him. Sincere sympathy is extended to his son Patrick, daughters Veronica and Jacqueline, mother Mary (Madie), grandchildren Jack, David, Bryan, Luke and Sinead, brothers, sisters, sisters in law, brothers in law, nephews, nieces, relatives and very many friends.

His remains reposed in Grey’s Funeral Home when large numbers turned up to pay their respects. Following Requiem Mass in the Church of The Sacred Heart Templemore, Paddy was laid to rest in the adjoining cemetery beside his beloved Winnie.
May he rest in peace.