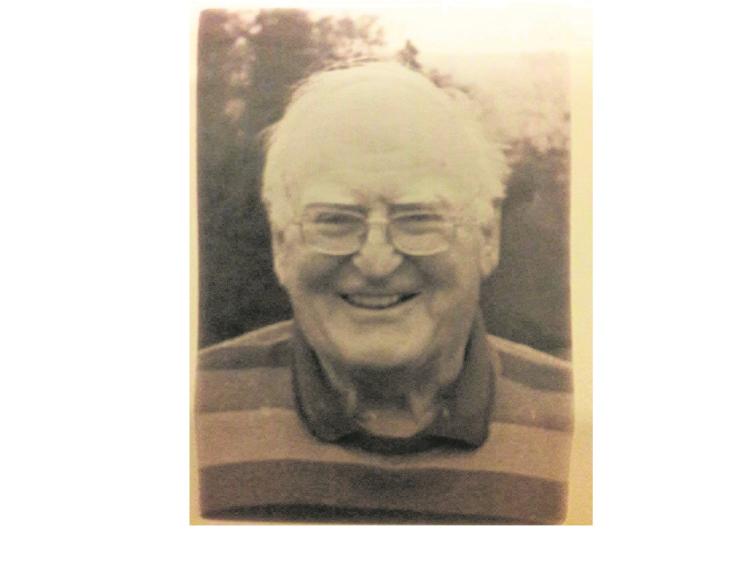 Patrick Joseph (Paddy) Meagher was born on April 29 1925, the eldest of six boys and four girls born to Thomas Francis Meagher, a grocer/publican and Johanna Costigan Meagher, an only daughter who inherited the family business later known as Meagher Costigan's of Patrick Street, Templemore.
Paddy attended National School and CBS in Templemore and, together with his great friend Neil Scott, won a scholarship to UCD, where Paddy studied for a BComm. Another great friend, Sean Shortt, remained in Templemore all his life.
After a false start or two, including a stint as Assistant Town Clerk in Templemore, Paddy settled in Dublin, where he remained for the rest of his life, except for a 5-year stay in London from 1967-1972.
Paddy's working life was spent mainly with Bord Failte, where he worked his way up the administrative ranks, culminating in a period as Personnel Manager, where his traits of affability and empathy were put to good use. At Bord Failte, he was a great friend of David Hanly, later a well-known radio personality.
Paddy did not slavishly follow his father's politics of support for DeValera and Fianna Fail, of which his father was a founder member. Instead, when he had his first chance to vote in a national election, in 1948, Paddy (aged 23) canvassed the streets of Dublin for Noel Browne of Clann na Poblachta. In later life Paddy often supported the Labour Party. He respected local TD Eamon Gilmore.
The great love of Paddy's life was a Dublin woman, Moira Craig of Drumcondra. Moira was a warm, vivacious and intelligent woman 31/2 years his junior, whom he first met at the Four Provinces dancehall in Dublin. Paddy was a wild and exuberant dancer. Their marriage took place on April 25 1957 and, over the next 8 years five sons were born, four of whom survive him. The other, Niall, died tragically in 1999.
Paddy retired early, before reaching 60, and shortly afterwards won his first car in a golf club raffle. Around this time, he and Moira regularly visited Templemore each summer, enabling Paddy to supervise the family business, while his brother Ray, who had inherited it, took a 2 week break with his family in Portugal. He had great craic running Ray's Bar, which was frequented by his Hennessy (Whitefield) relatives.
In retirement, Paddy enjoyed playing bridge and gardening with Moira and also playing golf. He also chauffeured Moira to venues across county Dublin when she served as Dublin Federation President of the ICA. Sadly Moira died aged only 72 on their 44th wedding anniversary in 2001.
Five years later Paddy moved to an apartment and gave up gardening. He continued with bridge and golf, until affected by a disabling stroke in 2013, at the age of 88. Earlier that year he visited Templemore for the last time, to attend the wedding of his niece Aoife, daughter of his brother Ned.
Paddy's last 5 years, commencing with a 10-month stay in the Royal Hospital Donnybrook, provided his Dublin family members with the opportunity to give him basic care in collaboration with carers from Home Instead and nurses from Shankill Health Centre.
Paddy died very peacefully as a consequence of pneumonia on November 26 2018. He leaves 4 sons and 4 grandchildren, living in Dublin, Melbourne, and San Diego. Earlier in 2018, his next eldest brother Ned of Templemore predeceased him.
May he rest in peace