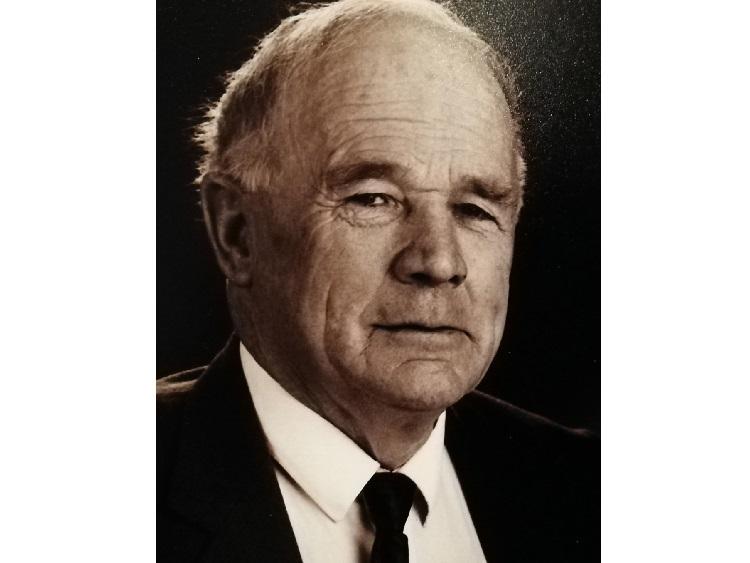 Jerry Maher was born on May 1, 1931 in Ballinakill, a townland about three miles from Roscrea. His older brother Paddy (RIP) was four years older. His father’s name was Patrick and his mother’s name was Elizabeth. They had a small farm. When Jerry was 2 years old his father died. This proved to be an important event in his childhood and he carried the wound all his life. Though out his life he was characterized by a longing for human company (how many times did I hear him say ‘he / she is great company!).
However, he was always very sociable: he could talk to a child and to a politician. Another important event in his childhood was losing a finger in a pulper when he was 4 years old.
The farm in Ballinakill carried a debt which had to be paid off before any improvements were made. This situation carried on until the early 1950s.
Jerry left school at an early age to work on the farm. He began following the horse-drawn plough when he was only 12.
In the mid-1950s he met Mary Pauline Maher who was from the townland of Clashagad, a mile from the village of Dunkerrin. They were married in 1960 and lived in Clashagad. Economically, things had begun to improve in the 1960s but culturally things began to decline as Ireland became ‘modern.’
Mary Pauline was to prove a good companion. She provided the stability he needed. Thanks to her strong faith, she kept her head on her shoulders when the Church began its decay.
Jerry and Mary Pauline had 8 children, all boys. A girl, Mary was born in 1977, but she died at birth. Then their children started getting married, Michael being the first. Grandchildren soon arrived. His name continues in Jeremiah, his grandson.
Jerry’s family was always important to him and he always had a tremendous sense of responsibility. I remember him so many times insisting on doing some work before going to the horse races. He believed in hard work and taught his sons to work, whether they liked it or not! A favourite saying of his was: ‘hard work never killed anybody.’
He loved telling funny stories, watching Laurel and Hardy on TV, and reading Westerns. Up to his final years he was very fond of being outdoors with a chainsaw or a billhook.
Apart from his family his main interests in life were the GAA, horses and cards.
His connection with Moneygall GAA club began in 1949. He played both hurling and Gaelic football and won medals for both.
When he retired from active participation in the late 1970s, he became a selector and later senior hurling vice-chairman of the club. He was vice-chairman when Moneygall won the North and County Hurling Championships in 1975, as well as the County Hurling Championship in 1976. He continued to go to GAA matches well into old age.
He loved horses and there was always a horse or two in Ballinakill and later in Clashagad. He went to the races for many years, his favourite courses being Kilbeggan, Thurles and Galway. Interestingly, Lauren, his granddaughter is following in his footsteps.
Another great interest in his life in later years was card playing. He played cards in Dunkerrin, Moneygall, Barna, Roscrea, Clonmore and Loughmore. He made many friends at the cards.
A dream in his life was to travel around Ireland when he and Mary Pauline were both retired. But, God decided otherwise.
Mary Pauline became seriously ill in 2004. Thus began visits to the doctor, hospital visits, and operations, all of which lasted until her death in 2012. This period involved a renewal of their love. Jerry visited Mary Pauline every day during her final six weeks in the Mater Hospital, Dublin. Her death left him broken-hearted, with a terrible void in his life. He managed to get through 6 years, thanks to the help of his sons, daughters in law and grandchildren. His friends were also a great help.
I would like to say a special thank you to all those who helped him after Mary Pauline’s death.