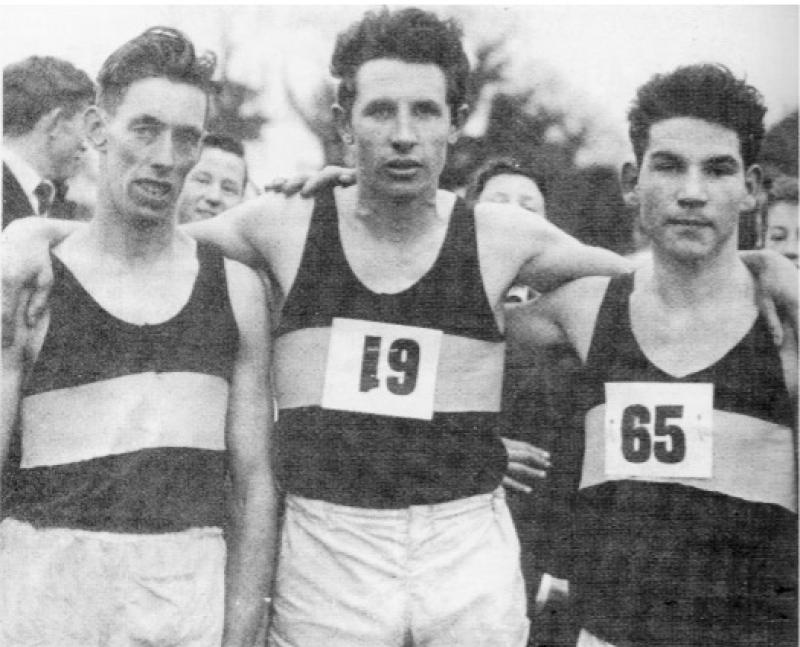 On Tuesday, September 2, we lost another legend in Coolcroo folklore in the form of John Bourke of Monslatt, Killenaule. A down to earth man John Joe was a talented athlete, he started a great running career with Coolcroo back in 1962 and saw him win two county senior cross country medals in 1964 & 1965. He won several titles with Ballincurry AC previously and at his funeral mass it was mentioned that he was once selected to represent Ireland at the Olympics but could not attend. Even after his competitive days he still loved to run through the fields on occasion and loved working on the farm and loved animals. He was also a pioneer never drank or smoked his only vice was he had a sweet tooth and loved cake but because he was so active he never put on any weight even in his latter years the doctors and nurses would compliment him on how fit he was for his age. We had several current and past members from the club in attendance. His coffin was draped in the original black and white colors of Coolcroo A.C. and the Blue flag of Ballincurry AC. Sincere sympathies to his friends and family to his sister Mary, brothers Michael and Paddy, sisters-in-law Maureen and Breda, nephews, nieces, grandnephews, grandnieces, relatives and those that knew him in the running community, May he rest in peace
There is further reading about John Joes athletics career available on Tipperary Athletics.com