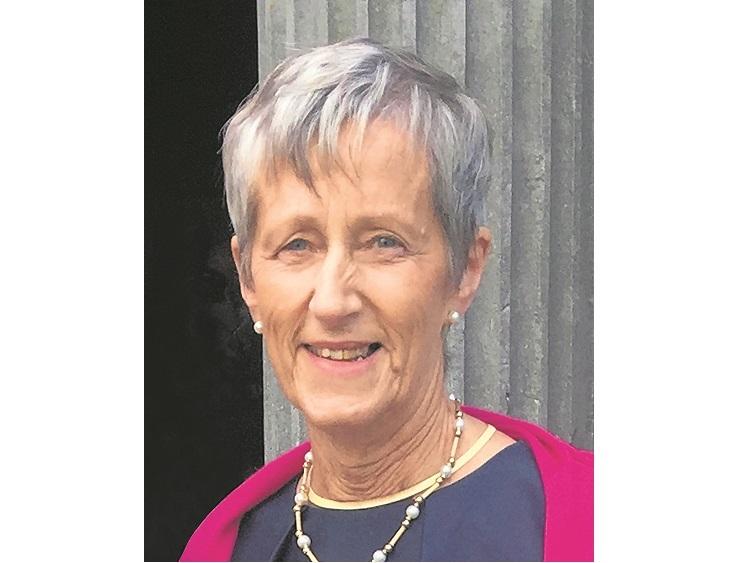 The community in Thurles has lost a lady of great warmth, generosity and compassion with the death of Madeleine McCoole, Rosemount, Clongour, Thurles, who passed away recently following a brief illness.
Madeleine hailed from a well-known Thurles family. She was daughter of the late Laurence and Madeleine Burke, who ran a thriving grocery business in Cathedral Street for many years.
She was one of a family of six, with her sisters, Mary, Aileen, Ann and brothers, Lorcan and Eamon.
Madeleine attended the Presentation Convent in Thurles before training as a nurse in the Mater Hospital in Dublin. She subsequently qualified in midwifery at the Coombe in Dublin.
When qualified she travelled with ten Irish nurses to New Jersey in the United States where they became the first contingent of Irish nurses to serve in the Union County's city hospital in Rahway.
She remained there for almost a year before returning to Ireland where she joined the staff of St. Anne's Nursing Home in Liberty Square, serving there until 1976.
Madeleine met her future husband Pat, son of another well-known Thurles business family, in 1974 through their mutual involvement with Thurles Musical Society and the couple married in June of 1975. They went on to have four children, Madeleine, Michael, Pat John and Maria.
Pat's father, Michael, had established a very successful Ford dealership in the town, which was subsequently taken over by Pat. During the following years, Madeleine was heavily involved in assisting with the running of the adjacent filling station.
Her career path then took a different turn as she accepted an appointment with Thurles Social Services as a coordinator for home help. She served there until her retirement in 2017 but she was persuaded to return on a part time basis and she remained in the role up until her death.
Madeleine was heavily involved in organisations in Thurles down through the years.
She played hockey as a young woman, was a eucharistic minister, served on the Catholic Marriage Advisory Council, with Cura, the crisis pregnancy service, and in recent years with the Special Olympics.
She also travelled all over the country, and indeed the world, with Pat in his role as a dedicated member and former District Governor of the Lions Club in Ireland.
Her ready smile, warmth, friendliness, good humour and gentle disposition endeared her to all she encountered and she was hugely welcome and popular at the many functions she attended in this country and abroad.
She made many, many friends on her travels and all were devastated to learn of her passing.
In her role with Thurles Social Services she was also a much loved lady whose priority was always the people within her care. Madeleine's assistance to those most in need is immeasurable as she went about her task in a quiet and unassuming manner, always placing the needs of others before her own. Indeed, such was the measure of the lady that she always found the positive in everybody she met.
She enjoyed a very wide circle of friends who delighted in her attitude of living life to the full, having fun and making the most of any situation that presented.
But it was her role as a wife, mother and grandmother that Madeleine relished and at which she excelled. She was devoted to Pat, was a wonderfully warm and giving mother and delighted in become a grandmother in recent years.
She was an inspiration to Pat, her children Madeleine, Michael, Pat John and Maria, and an adored grandmother to Madeleine's two sons, Alec, who is nearly six, and Aaron, aged four. The loss to them of her passing is incalculable.
Madeleine's very strong faith guided her throughout her life. That faith carried her when she became ill over three years ago but thankfully she made a successful recovery and continued to enjoy life and the company of those around her.
However, she suffered a relapse this summer but once again she faced her illness with huge bravery, buoyed by that faith and the support of her loving family. Despite the challenges facing her she continued to display concern only for those around her and maintained her warm smile right to the very end.
She passed away peacefully, surrounded by her loving family on Monday, November 25.
After reposing in her home, she was removed to Ryan's Funeral Home, Slievenamon Road, Thurles, where huge crowds of mourners came to pay their respects to a lady who had contributed so much to their lives and who by her service had alleviated their challenges and difficulties.
Following Requiem Mass in the Cathedral of the Assumption on Wednesday November 27, again attended by huge numbers of mourners, Madeleine was laid to rest in St. Patrick's Cemetery in Thurles.
Madeleine spent her time on this earth leading by example. She believed in helping in any way she possibly could and lived her life guided by her great faith.
She has now taken her place in her heavenly home which was deservedly earned through a life filled with generosity, love and compassion.
She will be greatly missed by all whose lives she touched but the passing is a particular blow to Pat, Madeleine, Michael, Pat John, Maria, Alec and Aaron, Madeleine's husband Adrian, Michael's partner Leanne, Pat John's wife Ciara and Maria's husband Colm, her sisters Mary, Aileen, Ann, her brothers Lorcan and Eamon and the extended McCoole and Burke families.
Sympathy is tendered to them on the passing of this great Thurles lady.
May she rest in eternal peace.