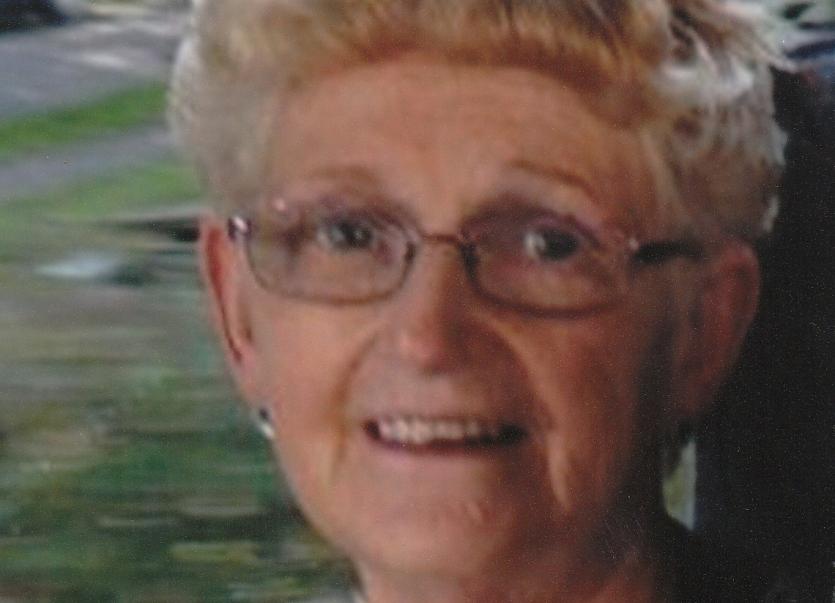 A feeling of profound sadness permeated through the parishes of Clonoulty/ Rossmore and Cashel and indeed much further afield as news of Margaret Slattery’s death began to filter through on Thursday, January 9.

Despite the fact that it was well known that Margaret was gravely ill, her passing came as a great shock to her family and to all who knew her.

Margaret was the youngest of the four Minogue siblings born in Rock Cottage, Cashel to Joe Minogue and his wife Annie (nee O'Shea). All through life she was intensely proud of her Cashel roots and the family's involvement with the Rock of Cashel.

That involvement continues to this present day. Margaret loved to recount her idyllic childhood of fun and games around the Rock.

She was an accomplished step dancer and won many competitions in feiseanna at local and county level.

She met the love of her life, Gooldscross man Mickey Slattery, and like so many of their generation emigrated to England where they worked for a number of years before their marriage. It was there that the oldest two of their seven children were born.

Even though life was good in London she and Mickey always felt a strong calling home. Part of that call was their deep Irish heritage which meant that they wanted to rare and educate their children in Ireland.

On their return to Gooldscross, to the old family homestead in Piercetown, Margaret endeared herself to all and sundry. She was an instant 'hit' on the Ballymore Road and in no time it was as though she had been born and reared there.

She always spoke of the wonderful neighbours and the generosity and kindness of every one of them shown to her from the day of her arrival, sadly many of those wonderful people have gone to their eternal reward ahead of her.

Margaret was a fantastic community person and very soon after her arrival in Piercetown she became involved in many aspects of parish life. She loved all things Irish but especially our native song and dance. She was instrumental in the setting up of the Connie Ryan Gathering in 1999.

These gatherings were set dance festivals which took place on the second weekend of June each year to commemorate and celebrate the life and times of that famous son of Clonoulty, the late Connie Ryan, who was responsible for the revival of set dancing here in Ireland, Europe and America.

Margaret was Chairperson of the Connie Ryan Gathering for a long number of years until its demise in 2018.

She was a gifted set dance teacher and conducted weekly classes in Clonoulty Hall with Margaret teaching and her beloved Mickey in charge of the music. Her patience, as a teacher, was inexhaustible and she enjoyed the teaching as much as the pupils enjoyed the learning.

Margaret and her dancing partner of over forty years, Noreen, a sister of Connie's, travelled the length and breadth of the country to ceilithe and set dance weekends.

Their association didn't end on the dance floor, they were best friends for all of those years, attending numerous functions together and enjoyed each other's company on many holidays at home and abroad. Margaret always brought back photographic evidence of the many funny incidents that had taken place during these holidays.

Margaret had a great affinity towards the community hall in Clonoulty and she and Mickey spent countless hours, at no financial gain whatsoever, scrubbing and cleaning it, thereby ensuring that it was in a fit state for any function. After the formation of a Hall Committee in 2008 Margaret was appointed chairperson and continued in that role for many years.

As chairperson for both the Connie Ryan Gathering and Clonoulty Hall Committee, Margaret was the driving force of both committee's fundraising activities. She was the brains behind the staging of several ceilithe, sponsored walks/ cycles, bag packing, lyrics nights, table quizzes and the already mentioned ceili/ set dance classes.

During her time at the helm the two committees were responsible for raising huge sums of money.

Every cent raised was donated to worthy causes with South Tipperary Hospice Movement, The Irish Red Cross, St. Vincent de Paul, Cancer Research and N.C.B.1 as well as local causes being the beneficiaries with Clonoulty Hall having been the recipient of substantial amounts of money at different times to aid the upgrading of the hall.

It was Margaret's unique sense of humour that endeared her to all who had the privilege of knowing her. She was such an entertaining regaler, so self-effacing at all times, with such an ability to make people laugh!

Many of those stories were recounted in Margaret's home during the days of her funeral, one of the funniest being, while still living in London Margaret decided that, since the weather had turned very cold, the time had come to light a fire so she went to the turf accountant to order some coal!

Only a short few hours before her death she still made her family, who had maintained a bedside vigil for her final three days, laugh with the many stories she told them, all absolutely true but could only have happened to Margaret!

Only in the past year she had joined the 'Young at Heart' group and so enjoyed alternate Wednesday's at Ballagh Social Centre. In fact, on her last visit in September she entertained everyone with her unique rendition of "Senai Ruadha".

Margaret's diagnosis in early October came as a bolt from the blue. She accepted the news with great fortitude and selflessness such was her faith and trust in God. She showed remarkable moral courage in how she dealt with her illness and inspired all those around her.

This illness did not last as long as had been anticipated and so her death, so early in the new year, came as a great shock to her family. Margaret spent her final two nights in her beautiful family home in Piercetown to which hundreds of people came to pay their respects.

On Saturday January 11, her remains were brought to St. John the Baptist Church, Clonoulty for her funeral mass.

She was escorted into Clonoulty by two Garda motor cyclists and a Garda car and was met by a Guard of Honour from members of the different organisations with which she was associated. Father Matthew McGrath was the chief celebrant of her requiem mass assisted by Father Peter Brennan and Father Bernie Moloney.

After mass Margaret was laid to rest beside Mickey in Ardmayle.

Margaret's death, after such a brief illness has left a heartbroken family to mourn her loss, consoled only by the facts that her sufferings are over and that she is now reunited with her beloved husband, Mickey, whose sudden death in 2008 left her devastated.

To Joe, Sean, Michael, Elaine, Maurice, Brian and Julieanne she was a devoted loving mother who was always there for them; to her 21 grandchildren and three great grandchildren she was a doting granny; to her only sibling, Anna, she was a kind and caring sister; to her sons and daughters-in-law, nieces and nephews she was a wonderful ally and friend and to her friends and neighbours Margaret was a very special person.

Sympathy is extended to all those mentioned.