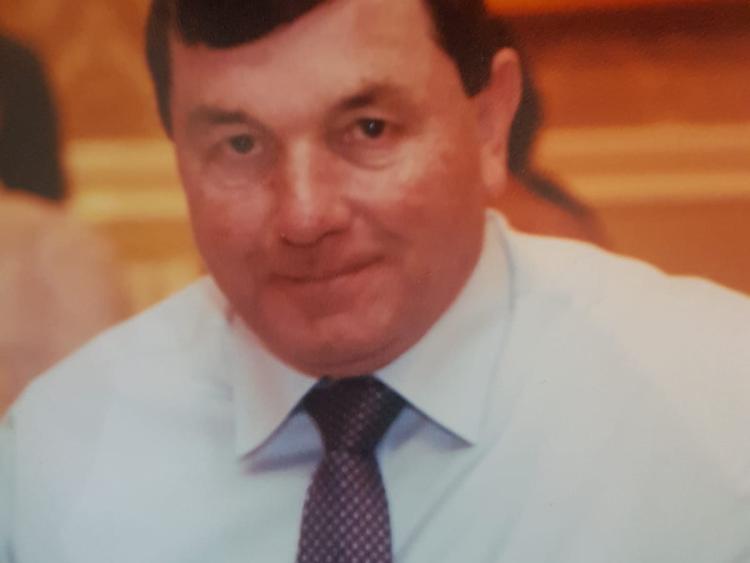 Ned Lowry will be missed in Holycross but most of all at his home in The Green,

Mid Tipperary has rarely seen a funeral quite as big as that of the late Ned Lowry, The Green, Holycross.
They came from far and wide to pay tribute to a man of many circles whose influence, reputation and friendship traversed The Premier County, the province of Munster and onto the national scene as well.

No matter where his work brought him - and he worked in a number of different professions in a very full life, lived to the maximum - he made friends and acquaintences easily. His gentle manner, with that quick wit and brilliant sense of humour and fun, ensured that he would always be popular and liked. But, neither did he suffer fools gladly - if Ned felt something needed to be said or done, he would never shy back from saying it or doing it.

He worked in a number of different professions, but never strayed far from his native Holycross. Indeed, his own home, just across from the family farm where he was born, was the centre of his universe - for a time he lived just over the hill in Bohernacrusha where he ran the well known public house. In both locations, together with his wife Pauline, he reared his son Eamon, and daughters Esther, Trisha and Julianne, and grandaughter Róisín with great devotion and love - family meant the most to this man and when that family was extended, it was very evident that Ned had a heart big enough to care for everyone within the growing circle.

Ned worked in O'Dwyer Steel, Streamline Enterprise, Thurles Sugar Factory, Butler Refrigeration, Boyle's in Liberty Square, ran his own public house in Bohernacrusha, and was self employed specialising in spraying farm buildings. In each profession, and each job undertaken, Ned was committed, reliable, punctual and on top of his brief. He loved meeting people and always had a word for those with whom he worked with, or for. Indeed, they weren't long becoming friends and that perhaps helps to explain the huge outpouring of sympathy and support when word of his passing became known.

Ned had not enjoyed good health in his later years but his final journey, perhaps defined his character more than anything else. He showed tremendous strength, will power and fortitude as he battled cancer, and even in his final months, his primary thoughts were to ensure that he was able to give something back to Beaumont Hospital and to Milford Hospice in Limerick where he had been cared for with such kindness and expertise. The Ned Lowry Tractor Run was born, but nobody could have expected that it would grow to be one of the biggest local fundraisers for some time.

Central to the tractor run was Ned with his restored David Brown. And, after a lot of work on the part of his friends and family to get the tractor into ship shape, Ned took the wheel and drove the considerable journey as the lead tractor on what was a horrendous day, weather wise. Did the elements matter? Not a bit, because the unique atmosphere generated throughout the community ensured a heartwarming and uplifting event which occasioned great pride in Ned and in his family and close friends.

Leading the Ned Lowry Tractor Run was the project which kept Ned going and when it was completed he was thrilled with the outcome. In his wildest dreams he could not have imagined that it would have been such a success. However, given his popularity and his many many connections it was inevitable that people would come out in their droves to support him. Because, each participant knew full well that if the story was reversed, Ned Lowry would be the first one to sign up and help out. 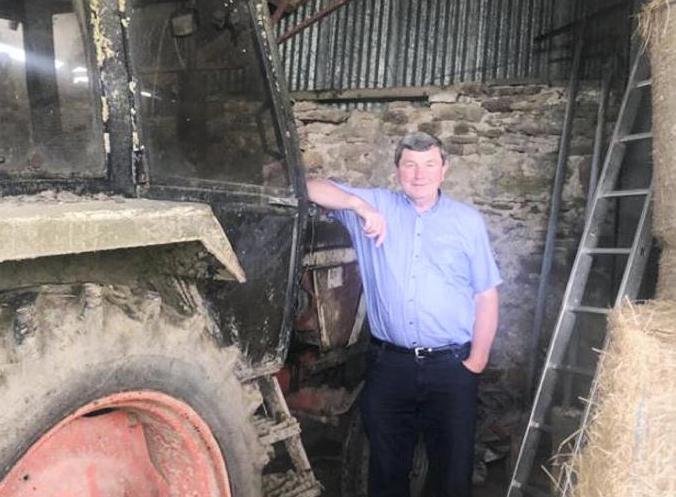 Ned, pictured above with his David Brown tractor

His connections with Holycross Ballycahill GAA club and many other local organisations go back a long time and the club members were to the forefront in providing a Guard of Honour as his remains approached Holycross Abbey. Also providing Guards of Honour were political colleagues; Scoil Micheal Naofa, where his daughter Trisha is a teacher; and colleagues in Streamline Enterprise.

Brother of Tipperary Independent TD, Michael Lowry, Ned was a keen follower of politics and was one of the first men to row in behind Michael when work was required. Alongside his brothers John, Jimmy, Phil and Pat, and his sister Mary, he was a great supporter of the Lowry team and delighted in Michael topping the poll for a record sixth time in Tipperary, although he was unable to engage in much canvassing this time round. It didn't stop him asking about the campaign though ahead of the election and it was a hugely proud moment for him when Michael arrived into his home just before the first count was announced, and embraced him warmly - a special moment made all the more poignant by Ned's visibly failing health.
The Lowry family has been totally blown away and overwhelmed having been enveloped in a shroud of support from so many people, starting with their magnificent neighbours and friends who ensured that everything ran so smoothly over the course of the funeral. The huge volumes of visitors to the Lowry home at The Green, Holycross, to Hugh Ryan's Funeral Home in Thurles where he lay in repose, and to Holycross Abbey for Requiem Mass and burial afterwards in the adjoining cemetery, were catered for with ease thanks to the tremendous goodwill of all those who rolled up their sleeves - it was their way of paying tribute to Ned Lowry and his family during their time of need.

The sun shone brightly on a cold crisp March afternoon as Ned was laid to rest in his native soil, close to the waters of the River Suir which he had enjoyed so much during his younger days. In his homily, during the Funeral Mass, Rev Fr Celsus Tierney, PP Holycross, spoke of a man of integrity and loyalty who made a real impact during his time in this life. His comments were echoed by tributes from Ned's daughter Trisha who recalled wonderfully the many great days Ned and Pauline had enjoyed, their happy lives and their caring and loving family unit. Ned, was a devoted husband and a doting father and grandfather - anyone who knew him, knew that. A big strong, giant of a man, he had a heart of pure gold which glistened and gleamed in the presence of his family.

Michael Lowry too spoke of his brother with great affection, and expressed his gratitude and that of the family, for the many tributes paid to Ned, and the thousands of expressions of sympathy tendered to them over a difficult period of time. It was, he said, a great comfort to them all, to know that Ned had left a mark on the lives of so many people.

Ned Lowry will be missed in Holycross but most of all at his home in The Green, by his wife Pauline, son Eamon, daughters Esther, Trisha and Julianne, grand-daughter Róisín, sister Mary (Dwyer), brothers Phil, John, Michael, Pat and Jimmy, sons in law Padraig, Breiffni and Tom, nephews, nieces, relatives and a wide circle of friends.
May he rest peacefully now in the knowledge that he made a difference.