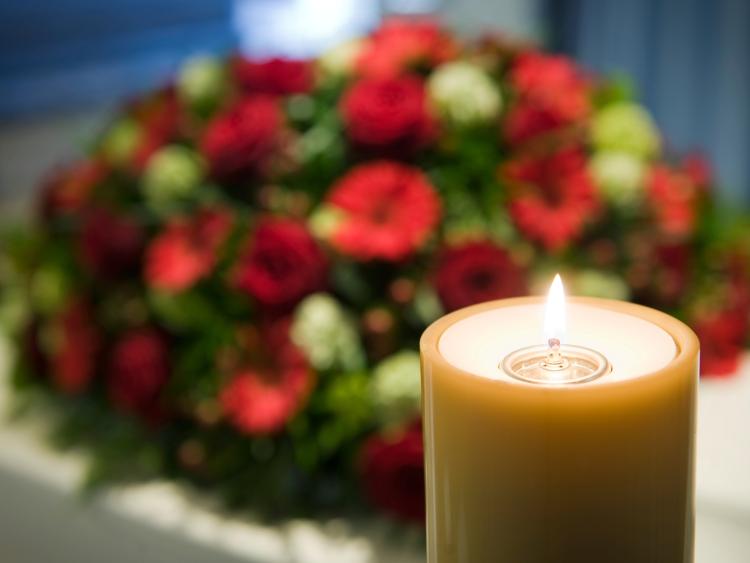 Seán passed away on Tuesday April 7, peacefully at Limerick University Hospital, having been in the loving care of the staff at Villa Maria Nursing Home, Roscrea.

In accordance with Government and HSE recommendations a private funeral for Seán took place on Thursday morning April 9 in his home in Borris-in-Ossory followed by private burial in the new cemetery.

As Seán’s remains were removed from his home to the cemetery, many of his neighbours, friends and staff from the local shops stood on the street, observing social distancing, as a mark of respect to Seán and to support his family at this very sad and difficult time.

Seán was a butcher by trade and ran a successful business in Borris in Ossory for many years. Even after his retirement, Sean kept up his love of butchering, working part time in Munhall’s Supermarket, Portlaoise well into his retirement years.

He also helped out on the sideline at matches carrying water bottles and other match day necessities. Seán was very involved in the club’s weekly lotto draw as a ticket seller and attended the draw every Tuesday night in O’Keeffe Park for many years.

As a mark of respect to him, and in particular his service to the club lotto over the years, the lights in O’Keeffe Park were turned on and the flags flew at half mast on Tuesday evening. His coffin was draped with the club colours and red and white flags lined the route to the cemetery on Thursday.

Seán’s other big love was golf. He was a dedicated member of Roscrea Golf Club for many years where he made many friends. He played golf there and also spent many hours at the weekends working at the club, taking great pride in everything he did at the Golf Club.

May Seán rest in peace.