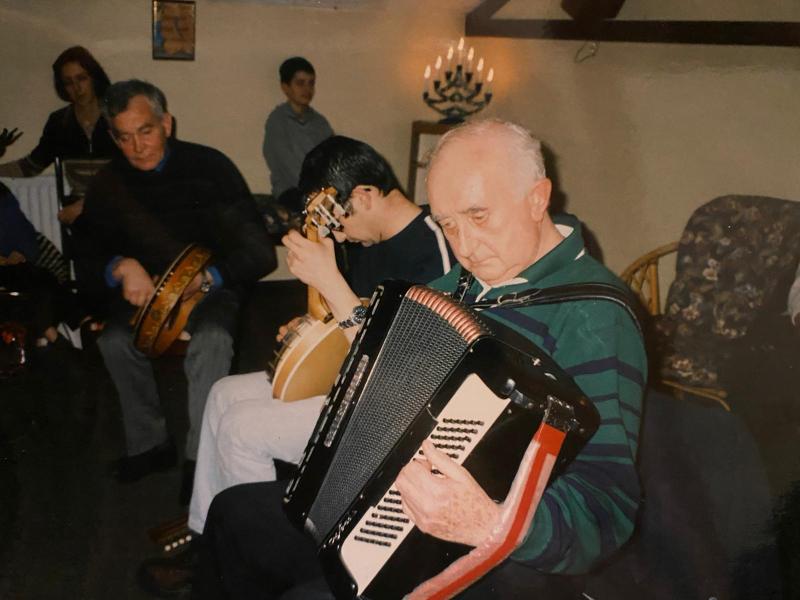 Nenagh’s traditional Irish music scene lost one of its brightest characters following the death of Billy Greenall earlier this month.

The seven time All Ireland fleadh winner and honorary member of Comhaltas Ceoltóirí Éireann, was born in St. Helens, England in 1934, however North Tipperary would eventually become his home.

Billy’s grandmother was born in Offaly and he grew up listening to traditional Irish music from a young age, with his lifelong friends, the Kilgannon family, forming his first Ceili band at 15. 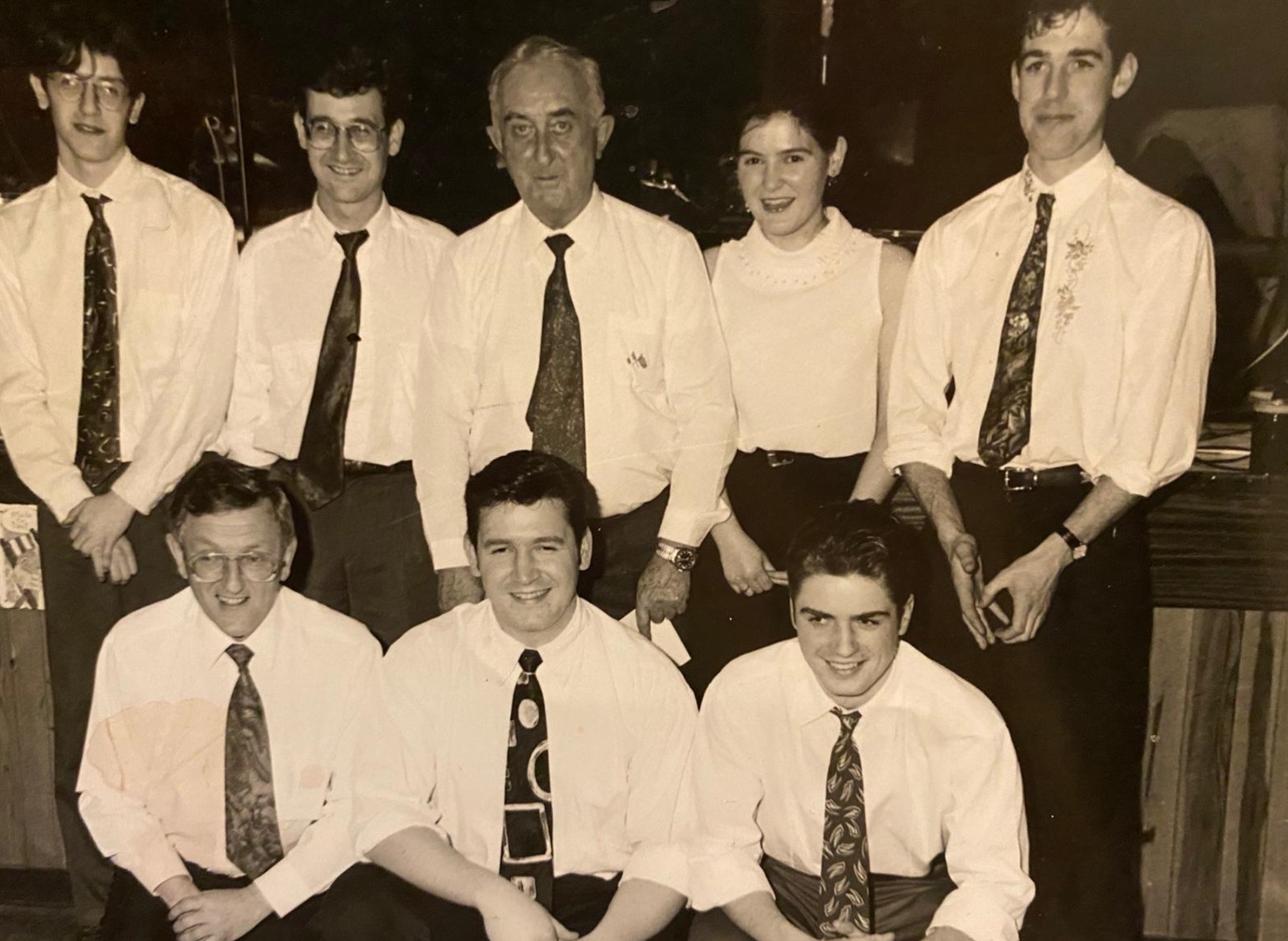 In his youth Billy worked for a time with Pilkington Glass before deciding to head to the Big Apple and take up a job with Lufthansa Airlines. He remained in New York for 11 years however his love of Irish music never abated and Billy regularly availed of cheap plane tickets to cross the ocean for a music session.

“He went to America in November 1963 and often recalled that the day he landed in New York was the day that John F. Kennedy was assassinated,” says long time family friends Margaret and Sean McCabe.

“He would catch a cheap flight home on a Friday for a music session and fly back to the States for work on Monday,”Margaret says.

He returned to the UK in the 1970’s to help care for his parents and later began teaching music in Ashton in Makerfield, near Liverpool.

“He would go to every Fleadh that he could. He adored music and regularly travelled over to Ireland,” explains Sean.

While in Ireland, Billy, along with his fellow musicians from Manchester, would travel to Nenagh to visit his friend Carmel Ryan (Margaret’s aunt), who had worked as a nurse in St. Helen’s.

“His wish was always to move to Ireland,” says Margaret, explaining that Billy couldn’t decide between settling in Sligo (for the trad scene) or Nenagh.

“He had so many friends in Tipperary he decided to stay here,” she says, and in 1994, Billy decided to make Nenagh his home, buying a house on the Old Birr Road in the town.

In the intervening decades, hundreds of young musicians studied under the tutelage of Billy.

“He loved the traditional, old fashioned music and helped keep that way of playing alive,” he says.

A talented piano and piano accordion player, Billy was a regular fixture on the traditional music scene in North Tipperary performing at weekly sessions in Larkin’s Garrykennedy, often accompanying the late Nora Butler on piano.

His final performance took place in March this year as he entertained the crowds with an exceptional rendition of some of his favourite songs. 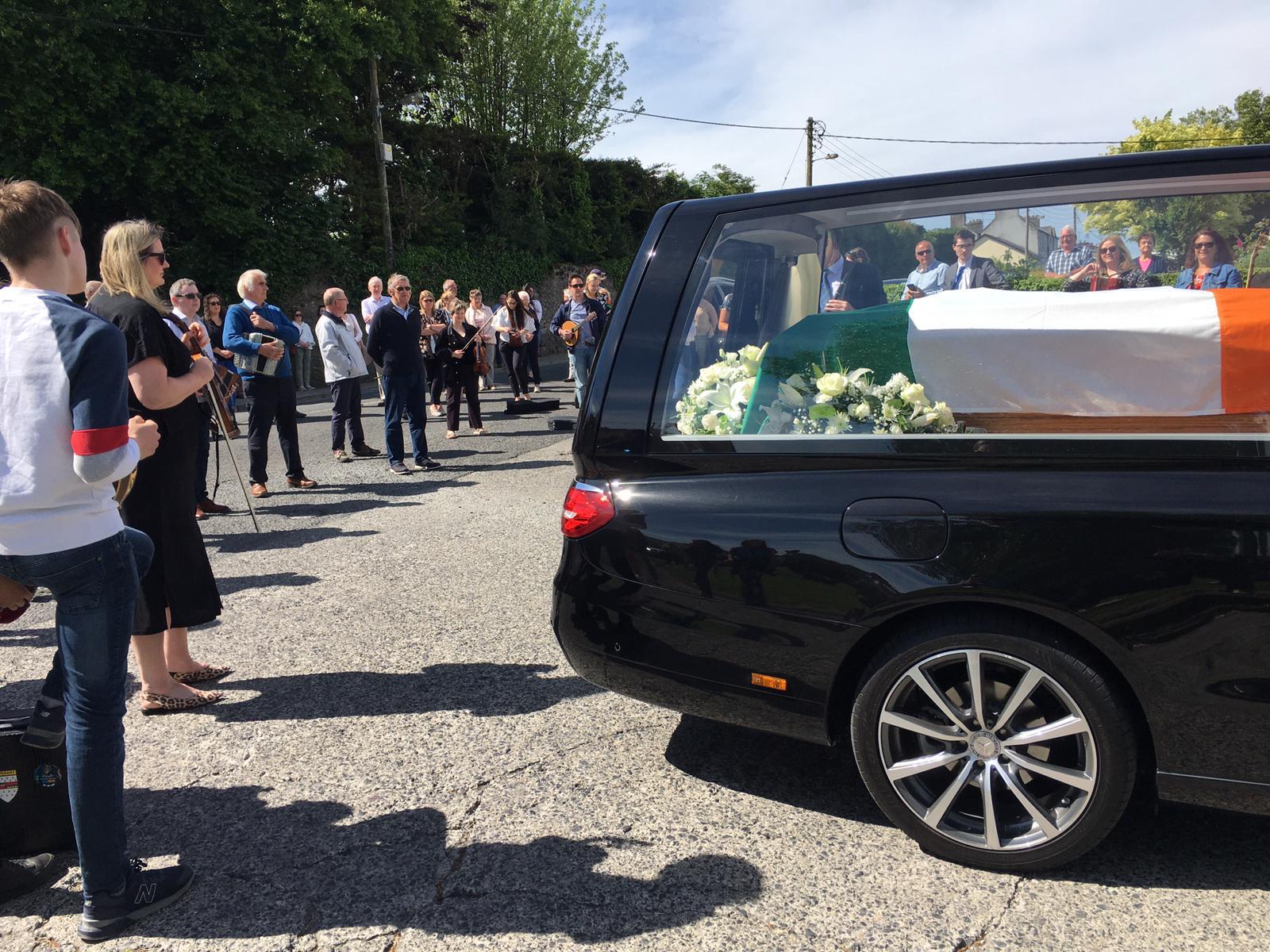 For his funeral, dozens of Billy’s former students played outside his home as the hearse made its journey from St Mary’s of the Rosary Church, Nenagh.

A devoted fan of music legend Paddy O’Brien all his life, Paddy’s daughter Eileen played a slow air at Billy’s graveside following his funeral mass as a fitting tribute to one of Nenagh’s greatest characters.

William (Billy) Greenall was laid to rest, age 86, in Youghalarra cemetery on Wednesday, May 20 following a short illness. He passed away peacefully in the wonderful care of the staff of Nenagh Hospital.

Billy is fondly remembered as a talented musician who enriched the lives of everyone he met. He will be sadly missed by his countless friends and musical family in Tipperary, North West England, America, and indeed worldwide.